Scurry to EC over NaMo TV 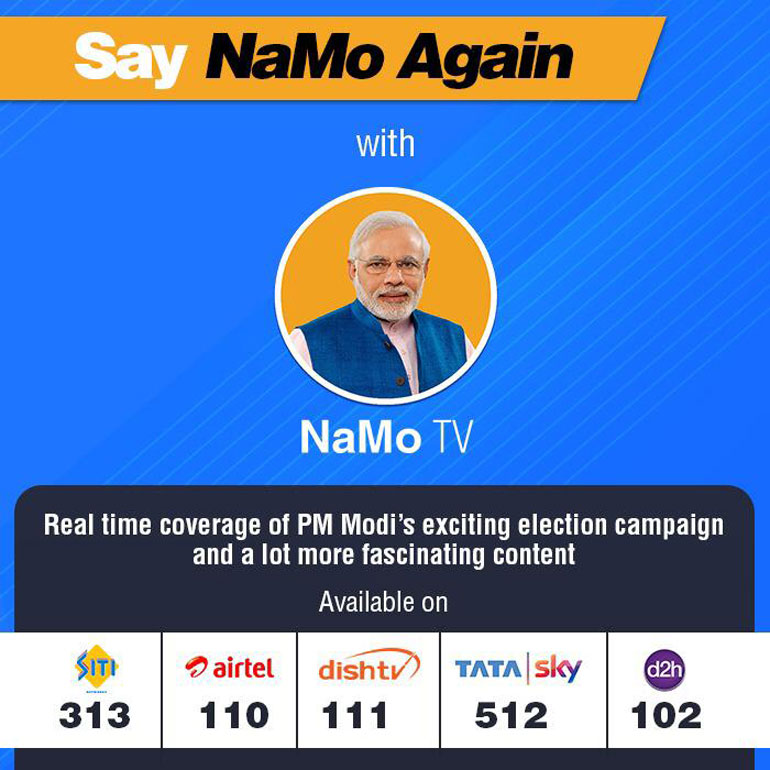 The Congress and the Aam Aadmi Party complained to the Election Commission on Monday against the launch of a new television channel named “NaMo TV” that allegedly violates the poll code.

Launched on Sunday, the channel is available on most DTH platforms. Its ownership is unknown, and even the registration of its web portal is anonymous on the National Internet Exchange of India website, registry.in.

On Sunday, the BJP’s Twitter handle shared the channel’s launch information with the message: “Capture the colours of elections.… Watch the dance of democracy.… Say NaMo again with NaMo TV. Tune in to get real time coverage of PM Modi’s election campaign and a lot more fascinating content.”

The Congress has demanded a probe into the channel’s funding and action against the BJP if found guilty of corruption. It said a search of the I&B ministry website had revealed that neither “Namo TV” nor “Content TV” — the name apparently shown on the menu of some service providers for a while — found a mention on the list of “Permitted Private Satellite TV Channels (as updated and viewed on 30.03.2019)”. 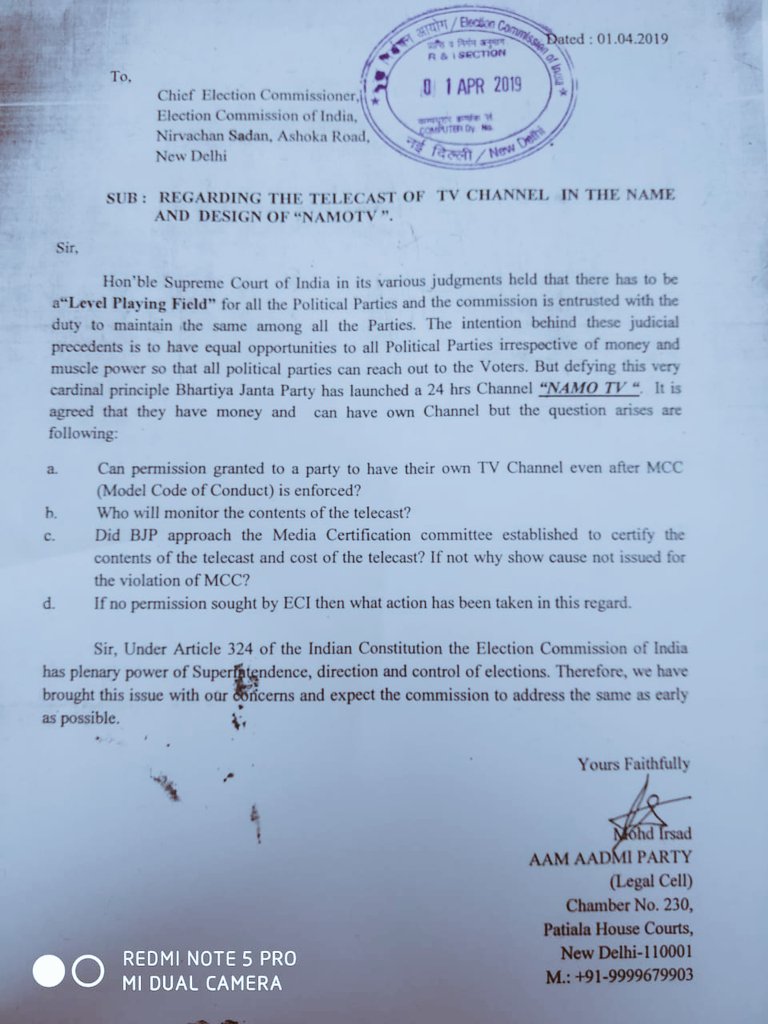 AAP asked the poll panel whether it had certified the content on the channel
Source: @vikaskyogi

A shot timed to perfection

“The said list includes 902 private satellite TV channels, which have been permitted by the ministry… to broadcast their content to the Indian viewers. Therefore, in light of the list… we can draw either of two conclusions,” the Congress memorandum to the commission said.

“First, the channel ‘Content TV’ is being broadcast as a government-sponsored channel, or second, the said channel has not got any official clearance from the ministry and the contents are being broadcast in complete violation of the rules and regulations of cable televisions.”

The party alleged violation of Rule 7(3) of the Cable Television Networks Rules, 1994, several sections of the Representation of the People Act, 1951, Section 171H of the penal code, as well as the poll panel’s instructions against government-funded advertisements or surrogate advertising in favour of political parties or candidates.

It added: “The commission is also left with no choice but to attribute the entire amount spent on the channel ‘Content TV’ to the account of the candidate Mr Narendra Modi. And in the instant case the blatant misuse of power in the nature of TV channels must be declared as such and must be treated accordingly under the law as it exists…. This hon’ble commission cannot allow powerful individuals merely by way of their position to take gross advantage of the same.”

The AAP asked the poll panel whether it had certified the content on the channel. Commission officials had not yet responded to the queries when this report was filed.