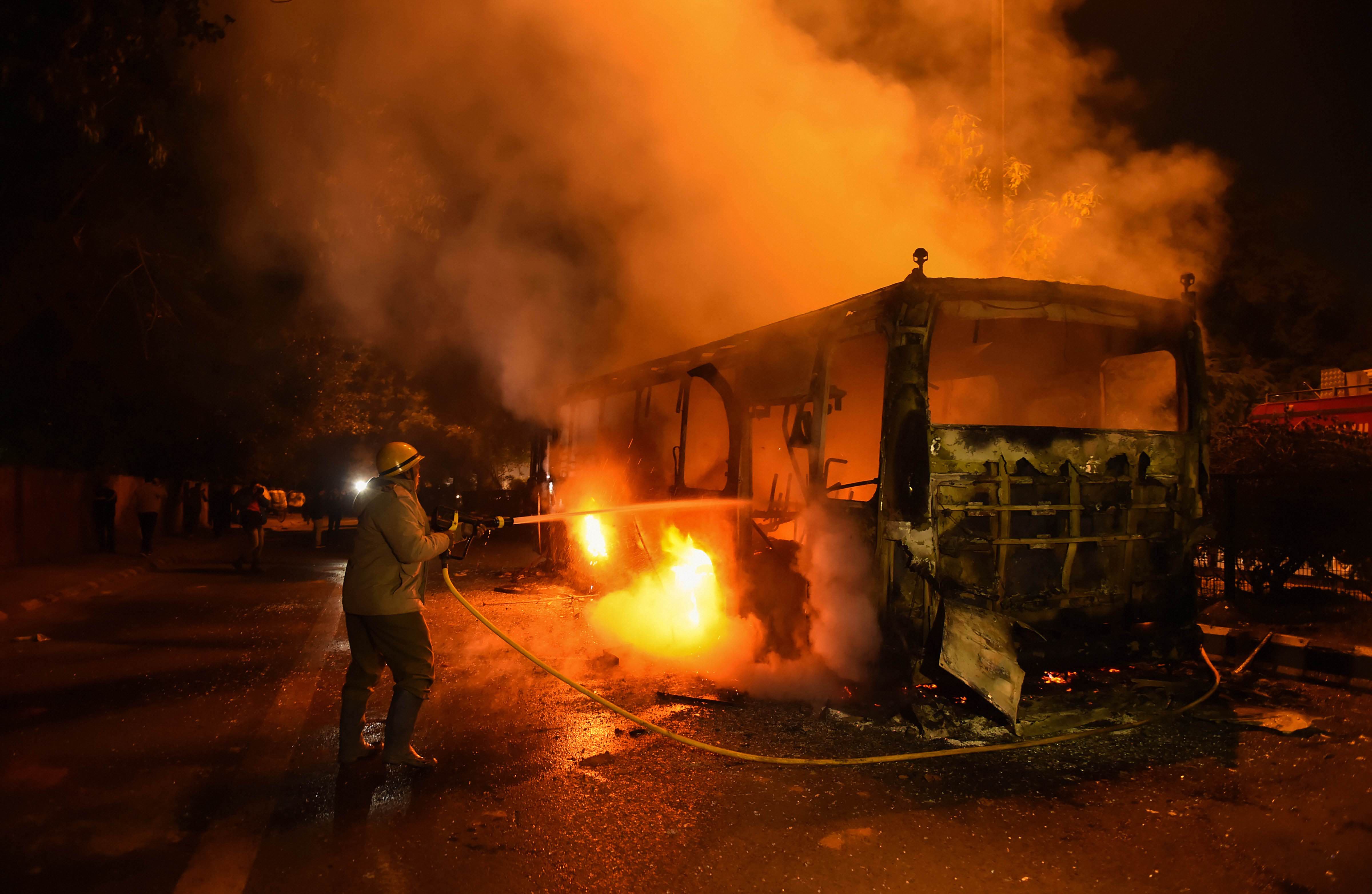 The Supreme Court has agreed to hear on Tuesday pleas which have alleged police atrocities on students holding protests against the amended Citizenship Act at the Aligarh Muslim University and the Jamial Millia Islamia University.

A bench headed by Chief Justice S. A. Bobde on Monday also took serious note of the rioting and destruction of public property during protests against the act and said this must stop immediately.

A group of lawyers led by senior advocate Indira Jaising and Collin Gonsalves mentioned the matter before the court urging it to take suo motu (on its own) cognisance of the alleged violence unleashed against the students who are holding protest against the act.

'The only thing we want is that the violence must stop,' the bench said, adding, 'if protests and violence and damage of public property will be there, we will not hear the matter'.

The bench also comprising justices B. R. Gavai and Surya Kant asked the lawyers to file their petitions and said it would hear them tomorrow.