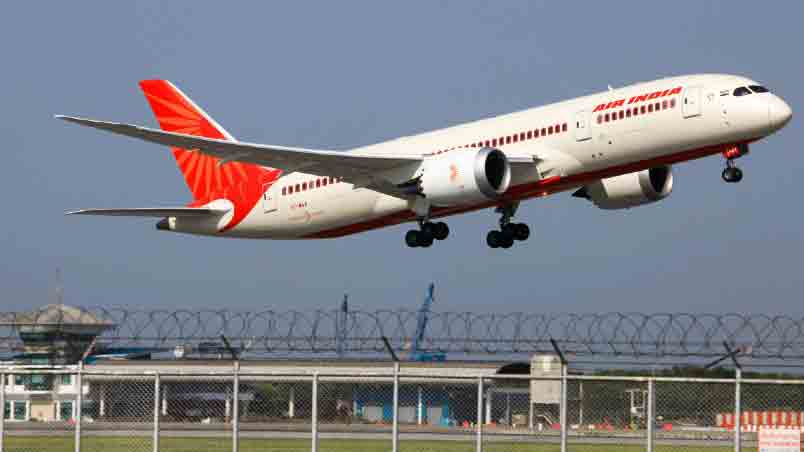 The plane is expected to arrive Ukraine in nearly six hours, according to flight tracking website FlightAware.
File picture.
Our Bureau, PTI   |   New Delhi   |   Published 24.02.22, 10:59 AM

An Air India plane took off for Ukraine on Thursday morning to bring back Indians from the eastern European nation, which is now facing a Russian offensive.

However, as the Ukrainian authorities on Thursday morning closed the country's airspace for civil aircraft operations, Air India and the central government are considering whether the plane should be called back or allowed to continue on its journey, officials said.

The plane is expected to arrive there in nearly six hours, according to flight tracking website FlightAware.

Meanwhile, a Ukraine International Airlines flight from Kyiv landed at the Delhi airport at around 7.45 am on Thursday.

"There were 182 Indian nationals onboard the flight and majority of them were students... A couple of more flights have been scheduled," Anju Wariah, Director at STIC Group, said.

The group is the General Sales Agent (GSA) for Ukraine International Airlines in India.

After weeks of rising tensions, Russia on Thursday announced a military operation against Ukraine.

The Ukrainian authorities issued a "notice to airmen", which stated that flights of civil aircraft within Ukraine "are restricted due to potential hazard for civil aviation".

Indian government officials said the decision regarding Air India's flight -- which is en route to Kyiv -- will be taken soon.

Air India's Thursday flight is the second flight being operated by the airline to bring back Indians from the eastern European nation. The first flight, operated on February 22, brought back around 240 people.

On February 19, Air India announced that it would operate three flights between India and Ukraine on February 22, 24 and 26.