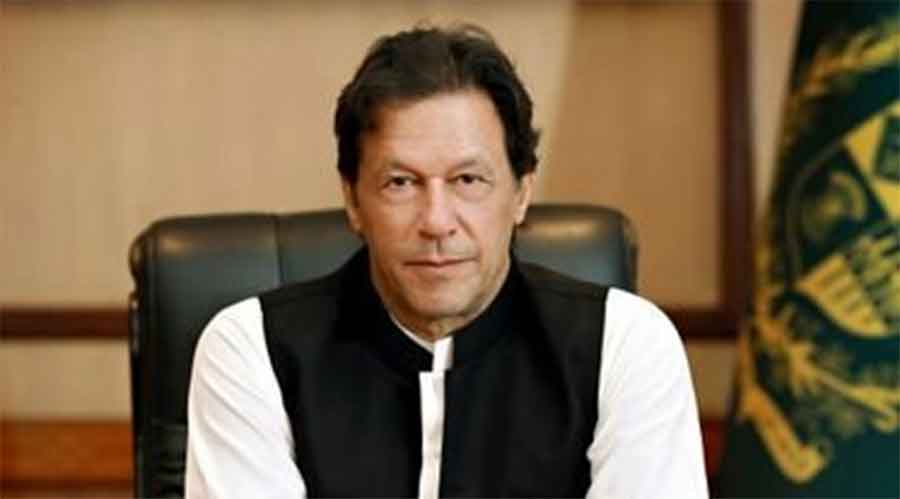 Pakistan Prime Minister Imran Khan’s presence in Moscow on the morning Russia began bombing Ukraine has raised eyebrows galore with critics back home insisting that he got played by President Vladimir Putin who, they say, used the visit as a decoy to launch the attack that surprised everyone with its intensity and blistering pace.

Khan’s critics claim Putin used his visit to project an image of normality before beginning the sudden invasion.

But the three-hour meeting, including a working lunch between the two without the five-metre-long table that separated Putin from his French counterpart Emmanuel Macron during their meeting earlier this month, brought cheer to Khan’s supporters.

This was flagged by the Pakistani newspaper The Express Tribune in its report on the visit: “Red carpet welcome, handshake despite the Covid pandemic, no long bizarre table in between them and over three-hour-long meeting, all these were great optics for the Pakistani prime minister visiting one of the most powerful countries in the world.”

The optics apart, there were no major takeaways, evident from the absence of a joint statement after the first visit of a Pakistani Premier to Moscow in 23 years in a bid by Islamabad to balance its long-drawn tilt towards Washington and expand its foreign policy options.

Even on the North South Gas Pipeline Project (also known as the Pakistan Stream Gas Pipeline) — for which an inter-governmental agreement was signed between Islamabad and Moscow last year — there was no apparent headway, possibly because both countries are yet to weigh the impact of the new sanctions announced by the US and other countries on Russia over the Ukraine invasion.

While the Kremlin’s readout on the visit was just two sentences long and made no mention of this key joint venture, the Pakistani side said: “The Prime Minister reaffirmed the importance of Pakistan-Stream Gas Pipeline as a flagship economic project between Pakistan and Russia and also discussed cooperation on prospective energy-related projects.”

The most significant part of the Pakistani readout was what Khan is claimed to have said on the Ukraine crisis, almost echoing the Indian position.

Without taking sides, Khan is said to have regretted the latest situation between Russia and Ukraine, adding that Pakistan had hoped diplomacy could avert a military conflict.

“The Prime Minister stressed that conflict was not in anyone’s interest, and that the developing countries were always hit the hardest economically in case of conflict. He underlined Pakistan’s belief that disputes should be resolved through dialogue and diplomacy,” the Pakistani readout said.

As is always the case with Pakistan in its engagements with the world, the Khan raised Jammu and Kashmir. “On the situation in South Asia, the Prime Minister highlighted the serious human rights situation in IIOJK (Indian illegally occupied Jammu and Kashmir) and underscored the imperative of peaceful resolution of the Jammu and Kashmir dispute. The Prime Minister also highlighted the developments detrimental to regional peace and stability and stressed the need for measures that would help keep the regional balance.”

This was acknowledged in the Kremlin readout, too, which said: “The leaders of the two countries discussed the main aspects of bilateral cooperation and exchanged views on current regional topics, including developments in South Asia.”