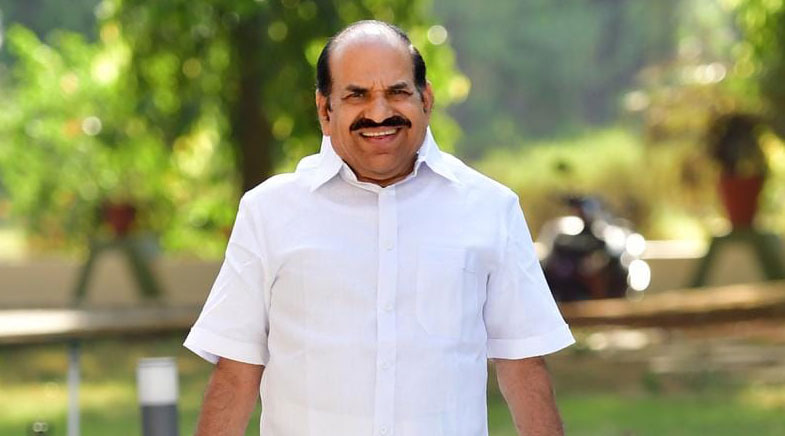 An unusual element has been injected into the political slugfest between Kerala rivals CPM and Congress — the RSS past of some of their influential leaders.

In an article CPM state secretary Kodiyeri Balakrishnan has penned for party mouthpiece Deshabhimani on Friday, the senior leader has called Congress veteran Ramesh Chennithala the “heartbeat of the RSS” and the “Sarsanghchalak within the Congress”, highlighting how Chennithala’s father had been close to the RSS. The RSS chief is called the Sarsanghchalak.

The embers have been stoked by an article in RSS mouthpiece Janmabhumi on Tuesday that referred to the closeness of Chennithala’s father, Ramakrishnan Nair, with the Right-wing outfit and how he used to attend its programmes. The article, however, dealt predominantly with CPM politburo member S. Ramachandran Pillai, who had once been associated with the RSS.

Although none of this is unknown, the sudden naming of leaders in connection with the RSS, whose ideology is starkly different from the secular credentials of the Left and the Congress, has assumed significance in the light of the impending elections in Kerala, especially at a time the Congress has been trying to corner the CPM and chief minister Pinarayi Vijayan who had been till recently on strong ground due to the effective handling of the coronavirus crisis.

Although bitter rivals in Kerala, the Congress and the CPM have found common ground elsewhere predominantly because of the secular principles that have set then apart from the Sangh parivar. In Kerala too, the two parties had together opposed the Citizenship Amendment Act, which is discriminatory towards Muslims, before again targeting each other as the local body and Assembly elections loom.

Chennithala, the leader of the Opposition in the Assembly, has been leading the Congress’s charge against the government over a host of issues, including a high-profile gold smuggling case that has drawn in an official who till recently ran the chief minister’s office, a data controversy involving the US software Sprinklr, the sale of liquor during the pandemic and an e-transport project.

Asked about the Janmabhumi article, Pillai said he used to take part in an RSS shakha (camp) in Kerala till the age of 15 but disassociated himself when he realised that “humanity was more important than narrow national consciousness”. He said he joined the communist party when he was 18. The lone BJP MLA of Kerala, O. Rajagopal, said Pillai had once told him about his previous association with the RSS.

In the Deshabhimani article, Kerala CPM chief Balakrishnan alluded to the “soft Hindutva” of the Congress. “The Congress has always taken a soft Hindutva stand when it came to Ayodhya, (instant) triple talaq and the Citizenship Amendment Act, among others. That is why then Prime Minister (P.V.) Narasimha Rao had supported the saffron forces in demolishing Babri Masjid. The leader of the Opposition, Ramesh Chennithala, has been climbing the steps as a successor of Rao,” Balakishnan said.

“What Surendran speaks against the Pinarayi government in the morning, Chennithala parrots that before sunset. The RSS-Congress bonding doesn’t end here. Ramesh Chennithala has become the RSS Sarsanghchalak within the Congress,” Balakrishnan wrote.

He suggested an understanding between Chennithala and the BJP by pointing to the Congress’s vote loss and the BJP’s similar numerical gain in the Haripad Assembly segment of the Alappuzha Lok Sabha constituency.

According to Balakrishnan, the Congress got 14,535 votes less in Haripad in 2019 than what it had received in the 2016 Assembly polls when Chennithala won the seat. The BJP, Balakrishnan said, got 13,253 votes from the Haripad segment in 2019.

“What this points out is that Chennithala is the heartbeat of the RSS,” Balakrishnan wrote.

Chennithala has not commented on the latest controversy.

“The CPM should not think it can target Ramesh Chennithala who follows the secular principles of the Congress. Kodiyeri’s tactic to create confusion in the Congress will not work,” Ramachandran said in a statement issued on Friday.

“Kerala is being ruled by an anti-people government that is completely isolated from the people. The article (of Balakrishnan) is a realisation that the CPM cannot come back to power,” he added. “Their (CPM’s) secularism is completely fake and their hatred towards the RSS lacks integrity.”

Accusing the CPM of at times aligning with the RSS, Ramachandran said: “I had once challenged the chief minister (Vijayan) and Kodiyeri to a public debate on this. But neither of them accepted that challenge.”