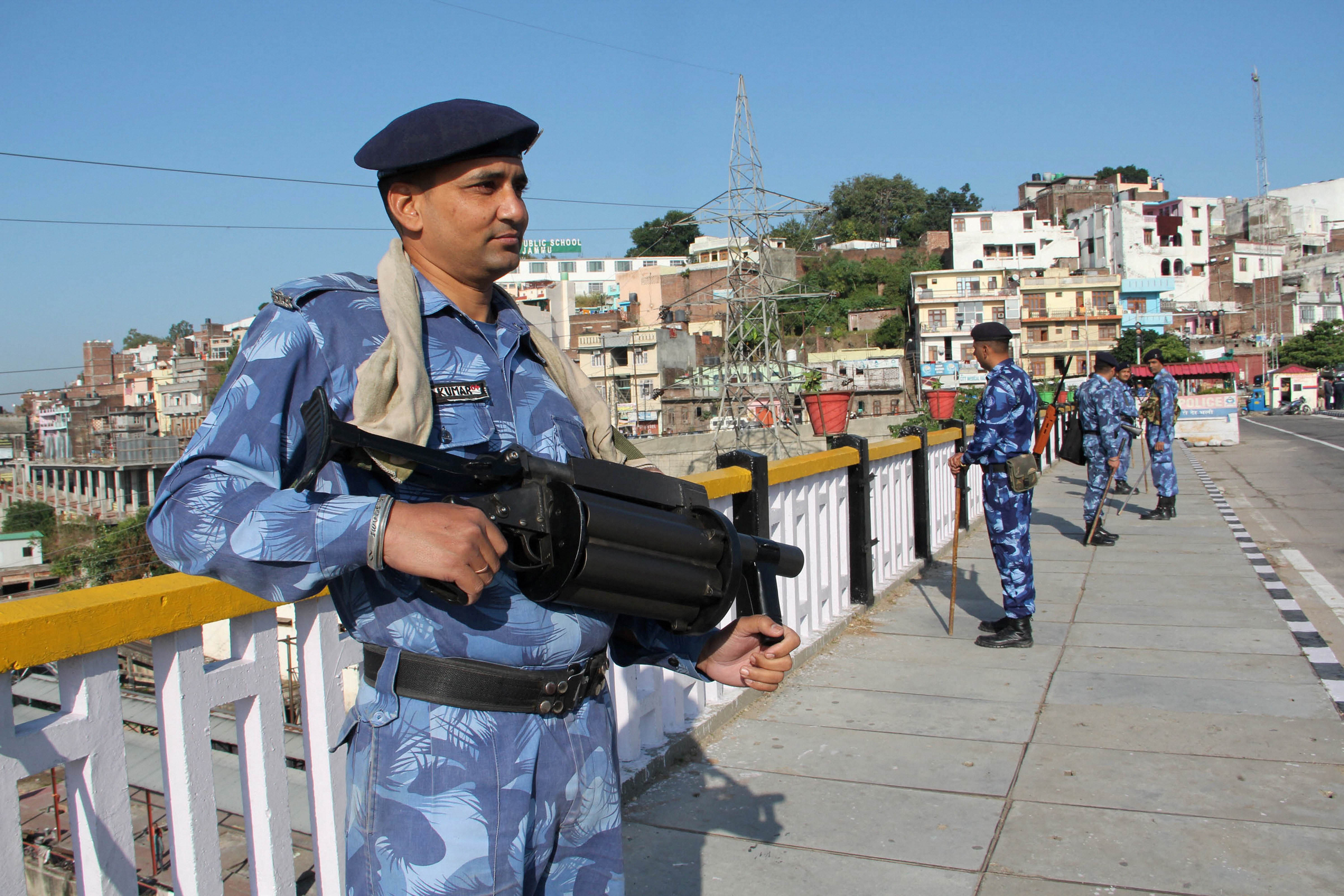 Authorities on Sunday sealed all roads leading to the Hazratbal shrine in Srinagar as a precautionary measure to maintain law and order in view of the Supreme Court ruling in the Ayodhya case and Eid-Milad-un-Nabi, officials said.

Authorities had on Saturday imposed restrictions under Section 144 CrPc in the entire union territory of Jammu and Kashmir ahead of the court's verdict.

The authorities also disallowed major Eid-Milad-un-Nabi processions celebrating the birthday of Prophet Mohammad on Sunday and no such gathering was allowed at the Hazratbal shrine, which houses the holy relic of the Prophet, they said.

Before this, all major religious functions were disallowed in Kashmir, including the traditional Khoje-Digar prayers at the shrine of Hazrat Naqshband Sahib at the Khojebazar area of Srinagar's old city.

The Friday congregational prayers have also been disallowed at the historic Jama Masjid since the Centre announced its decision to abrogate provisions of Article 370 that granted special status to the erstwhile state of Jammu and Kashmir.

Normal life remained affected across the Valley for the 99th day on Sunday as public transport was off the roads and markets opened only for few hours till noon, the officials said.

There have been consistent efforts to enforce shutdown in areas where shops are open or roadside vendors are plying their trade, they added.

The officials said two grenade attacks in the city's busy Goni Khan market and Kaka Sarai areas recently were an indication that there were concerted efforts to keep the shutdown going.

However, they said, shops and other business establishments opened early in the morning in most areas, including in the commercial hub of Lal Chowk, but downed their shutters around noon.

The weekly flea market, locally known as 'Sunday Market' was open as several dozens of vendors set up their stalls at the TRC Chowk-Lal Chowk road.

The officials said while most modes of public transport were off the roads, few auto-rickshaws and inter-district cabs were plying in some parts of the Valley.

Pre-paid mobile phones and all Internet services continued to remain suspended since 5 August.

Most of the top level and second rung separatist politicians have been taken into preventive custody while mainstream leaders including two former chief ministers -- Omar Abdullah and Mehbooba Mufti -- have been either detained or placed under house arrest.

Meanwhile, the first two papers of the annual examinations of classes 5-9 have also been postponed, an official said. The exams were scheduled to begin on Monday.

The exams would now be held on November 26 and November 28, he said.

No reasons for postponing the papers were given, but it is believed that the decision was taken in view of the heavy snowfall in the Valley on Friday.

However, he said, the annual examinations for classes 10 and 12 will be held according to the schedule.