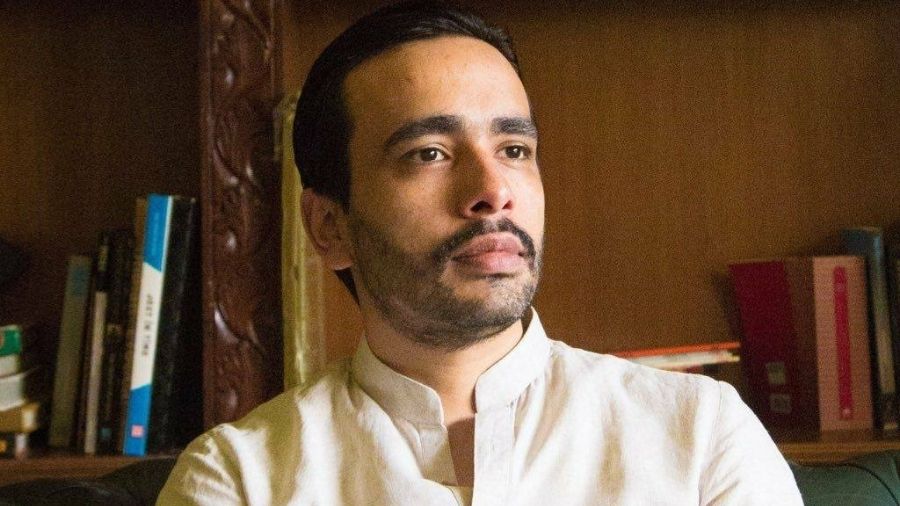 Accusing the BJP of indulging in polarisation in the run up to the Uttar Pradesh polls, RLD chief Jayant Chaudhary on Sunday said the BJP is driving a "one gear-car" that is headed backwards, and asserted that the anti-Muslim rhetoric will not work as people are fed up of such politics.

The 43-year-old Chaudhary, whose party has tied up with the Akhilesh Yadav-led Samajwadi Party, also said he will not contest the upcoming polls in Uttar Pradesh and would instead focus on campaigning.

In an interview to PTI, Chaudhary said the quitting of leaders from the ruling BJP in Uttar Pradesh to join the SP-RLD alliance ahead of polls shows that they were peaking at the right time and are an "attractive, viable alternative" that wants to represent the grassroots.

The Rashtriya Lok Dal (RLD) chief also expressed confidence that Opposition votes would not get divided, asserting that it was a direct fight between the SP-RLD alliance and the BJP.

"Not only will the Opposition votes not get divided, there is a great confidence with which I can say that many people who voted for the BJP last time are in fact going to shift to our alliance with the SP. That is because the core issues of governance, leadership, and development have not been addressed over five years by the incumbent government," Chaudhary said.

Asked about the ministers, MLAs and leaders quitting the BJP to join the SP and RLD, he said the ticket seekers, sitting MLAs and people of political prominence joining the alliance was a sort of an indicator of the groundswell of support.

The leaders quitting the BJP to join the SP-RLD alliance is indicative of the public sentiment and also shows that while they were in government, they were feeling stifled, Chaudhary said.

The BJP used to talk about inner party democracy, how it builds up its organisation and respects its cadres and workers but MLAs in BJP, while in power, were not able to get a lot of work done, he said.

"So, there is a lot of resentment in the BJP ranks which is why now when there is an opportunity to shift they are the first ones to leave," the RLD leader added.

Asked about the polarisation in the polls and how he plans to deal with it, Chaudhary said people will see through this as voters are very savvy.

"Yes, there were disruptive, traumatic events which have happened in our state in the recent past ... People have realised the folly ... The fact that riots don't help anyone, so I think people want to stay away from all of the hate and the poison," he said.

"If you note that attempts to wake up a 'mandir' issue in Mathura for instance had an absolutely zero traction on ground and not even ten people came out in the streets in support of that call," Chaudhary said.

That is an indicator that people are fed up of politics of polarisation and the usual issues of 'mandir' and anti-Muslim rhetoric will not work, he asserted.

Accusing the BJP of indulging in polarisation in the run-up to the polls, Chaudhary said, "It is a one gear-car they are driving and it is headed backwards."

The RLD chief said that among the key issues in the polls would be farmers' distress which he asserted was prevalent, deep-rooted, all-pervasive, and breaks all barriers of castes and religion.

"Farmers are today very disturbed by the fact that their lot has not improved. Of course, the way the (farm laws) agitation came out against the bills, the way a hard-fought victory was won by the agitators has given some confidence to the farmers. That is going to be a major issue going to polls," he said.

Chaudhary said the second major issue was going to be youth-related distress with the government recruitment not being done in an effective manner and recruitments not happening on time.

The government has failed on employment issue, he charged.

Chaudhary also asserted that the Lakhimpur Kheri incident and the way justice was attempted to be "subverted" would be a major issue in the polls.

"The fact is that farmers are being arrested but still (Minister of State for Home Ajay Mishra) Teni ji is a minister. It is clear that the government machinery is still favouring the accused who are on the BJP's side...It is going to be a major issue (in the polls)," he said.

"I asked this question from the BJP side. They make statements that 'we are in favour of farmers and (Prime Minister Narendra) Modi ji had done the roll back for farmers, it is a masterstroke. I ask them 'forget about prosecuting the minister Teni, will you even deny him a ticket in the next election'," Chaudhary said.

Eight persons including four farmers were killed during a farmers' protest on October 3 in Lakhimpur Kheri. A Special Investigation Team (SIT) probing the Lakhimpur Kheri violence recommended prosecution of all the accused including the son of Union MoS for Home Mishra under attempt to murder charge, among others.

"Now everyone expects him to go back to Gorakhpur," he said.

Asked about the chances of the SP-RLD alliance in the polls, Chaudhary said, "I am always confident. We have suffered a lot because of polarisation politics and we have focussed on real issues that should matter to the voters. I hope voters remember that and they vote for change."