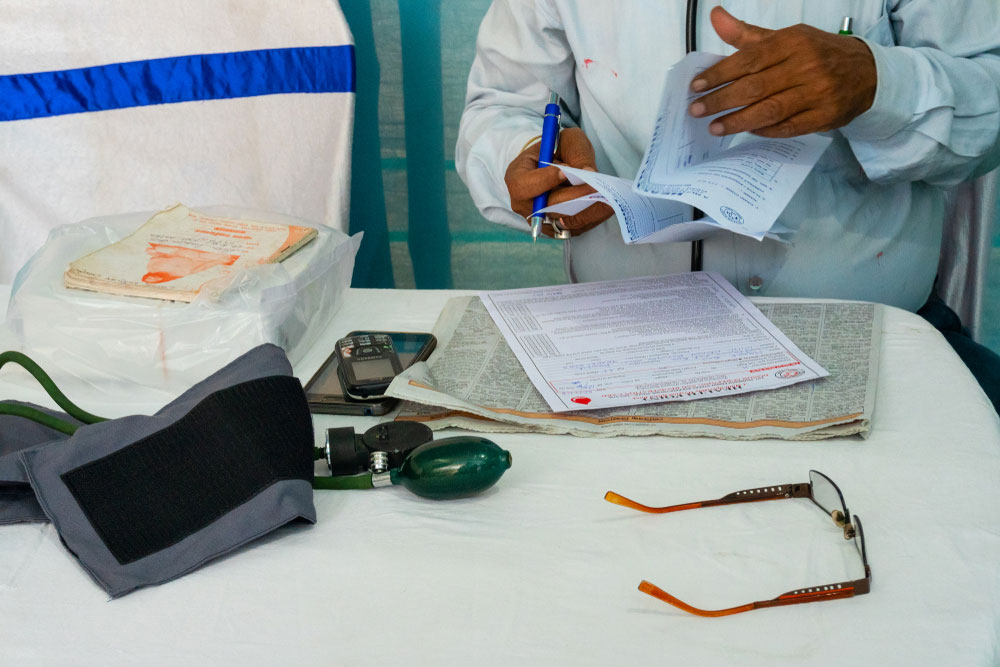 The researchers at the Calcutta School of Tropical Medicine and Medecins Sans Frontieres have found that although 77 per cent of doctors knew when not to use antibiotics, over 87 per cent prescribed them even in those situations
(Shutterstock)
G.S. Mudur   |   New Delhi   |   Published 06.06.19, 01:09 AM

Health researchers have detected a disturbing dissonance between the knowledge held and prescription practices followed by sections of doctors in Bengal’s West Burdwan district in a unique study that probed the use of antibiotics.

Their study has also revealed that some pharmaceutical companies are arming quacks and pharmacy shopkeepers who serve as informal but unauthorised health-care providers with tips for prescribing medicines.

The researchers at the Calcutta School of Tropical Medicine and Medecins Sans Frontieres have found that although 77 per cent of doctors knew when not to use antibiotics, over 87 per cent prescribed them even in those situations.

Their findings come amid long-standing concerns that irrational prescriptions of antibiotics, particularly for upper respiratory viral infections among other illnesses or symptoms, are contributing to the growth of multidrug-resistant microbes.

Multiple earlier studies have pointed to the widespread abuse of antibiotics in different parts of India, but the MSF-CSTM study has been described as among the first to examine knowledge, attitude and practices of antibiotics use in Bengal.

“The proportion of sampled doctors found not to follow standard antibiotic use guidelines was worryingly high,” said Sakib Burza, a clinical and medical adviser with the MSF, New Delhi, who led the study published in the journal PLOS One.

When asked, 88 per cent of allopathic doctors in the sample said they prescribed antibiotics for symptoms of a common cold or sore throat for at least some patients, breaching guidelines that specify that such patients do not require antibiotics.

Some doctors claimed they prescribed antibiotics as a precautionary measure to prevent secondary infections while others claimed they did so because of demand from their patients.

About 30 per cent of informal health-care providers — such as quacks or pharmacy shopkeepers — relied on pharmaceutical company representatives as a major source of information about antibiotics and other drugs, substantially higher than 20 per cent of doctors who also reported depending on representatives.

“This was something new and unexpected —pharma representatives now appear to be distributing promotional tips about medicines not just to doctors but also to informal health-care providers,” said Mohit Nair, a researcher with the MSF.

Burza said it was critical to ensure that this avenue of outreach was not abused for commercial gain at the expense of rational antibiotic use.

“There is also an opportunity for intervention — education efforts must involve pharmaceutical companies to promote more responsible messaging around antibiotic use,” he said.

Nair, who spent several weeks in West Burdwan interviewing the study participants, said that although a high proportion of doctors indicated they would prescribe antibiotics even when not required, some doctors blamed antibiotic resistance on informal health-care providers. “We noticed blame-shifting,” Nair said. “Doctors blamed informal providers while informal providers said doctors were responsible for the problem.”