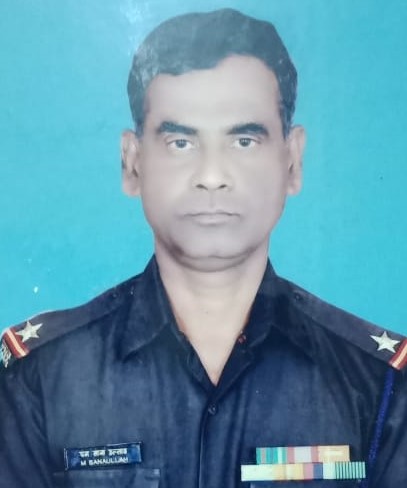 Mohammad Sanaullah, a 52-year-old retiree who furnished documents showing that he had served the Indian Army for 30 years, was arrested on Tuesday in Assam after a tribunal declared him a “foreign national”.

The move is linked to Assam’s elaborate process of weeding out foreign nationals whose names do not feature in the draft National Register of Citizens (NRC) and whose citizenship is now in doubt.

Sanaullah’s cousin and a lawyer have pointed out various discrepancies in his case.

The most glaring one is that he had served in the Indian Army from 1987 to 2017 but somehow the tribynal did not take this record into consideration.

Sanaullah, a retired subedar, had submitted a copy of his army discharge book that recorded his date of birth as 30-07-1967. It said Sanaullah’s date of enrolment in the army was May 21, 1987 and the date of discharge from the force was May 31, 2017.

On May 23, when the country’s political fate was being decided, a foreigners’ tribunal in Boko, Kamrup, declared Sanaullah a 'Foreign National of post 25-3-1971 stream”.

Almost a year ago, Assam published the NRC draft which left out around 4 million people. Sanaullah and his family did not figure in the draft.

In a parallel process to weed out the foreign nationals, the foreigners' tribunal went about investigating citizenship claims of those who were declared “doubtful” by the Assam’s border police. Every police station in Assam has a border superintendent of police.

An inquiry report of the border police submitted to the foreigners’ tribunal in 2008 claimed that Sanaullah was 50 years old and his profession was 'labour'. The report stated that he came to India through a secret route for a better living. His wife's nationality was also suspect, the report said.

At the time the border police’s report was prepared in 2008, Sanaullah was then serving in a counter-insurgency operation in Manipur, documents submitted by him showed.

The tribunal also wondered why Sanaullah’s name was not on the 1986 voters’ list if he had attained the age of 20 years by then. Wadud pointed out that the minimum age to vote was lowered from 21 to 18 by 61st Constitutional Amendment which commenced on March28, 1989.

When Sanaullah was sent to the detention camp, he had started working for the same border police whose initial inquiry report seems to have led to his current fate. “Yesterday, he was called by the DSP, Assam border police, because he works as an sub-inspector there. He had returned home after meeting a lawyer when he was called by the DSP. When he went to meet the DSP in the evening, he wasn’t allowed to return and was arrested,” Hoque said.

Retired Subedar Mohammed Sanaullah , who served the Indian Army for 30 years has been detained by Assam police after being declared a "foreigner". In all probability he will be sent to detention centre today.

His entire family are citizens of India.

Sanaullah's arrest has set off a wave on Twitter. Various tweets have tagged Narendra Modi and the Indian Army asking for action to save the soldier.

The inquiry report of 2008 where Sanaullah's occupation has been categorised as 'labour'.

His family, wife and three children, were excluded from the list, although his elder brother and other close relatives found their names in the draft.

In its order, the tribunal mentioned that Sanaullah had “produced a large number of documents in support of his contentions”, including a voter’s list, school certificate, land documents and a village certificate. The tribunal, however, wasn’t satisfied with the documents.

Hoque said: “As per his service records, he (Sanaullah) joined the armed forces in 1987 but they said that he has been in service since 1978. Bilkul false likha hai (it is completely false). He was born in 1967. How could he have joined the army when he was 11 years old?” he asked.

The tribunal seemed to have ignored Sanaullah’s submission of his army records during cross-examination where he mentioned that he had served the army since 1987, not 1978.

Aman Wadud, a Guwahati-based lawyer who has been taking such cases to the high court and the Supreme Court, said that tribunals never questioned the veracity of the report filed by the border police.

“There was no investigation before Sanaullah was accused of being a ‘foreigner’,” Wadud said. “The border police prepared the verification report without even meeting him and said he is a labourer…. The foreigners’ tribunal mechanically declared him a foreigner without appreciating all his documents.”

where are the Nationalists who never tired to praise armed forces?
or their love is limited to a community only.
why NO outrage on this Army personnel who have 30 years to the nation.