Advertisement
Home / India / Respecting 'our own languages' can take us to greater heights: CJI

Respecting 'our own languages' can take us to greater heights: CJI 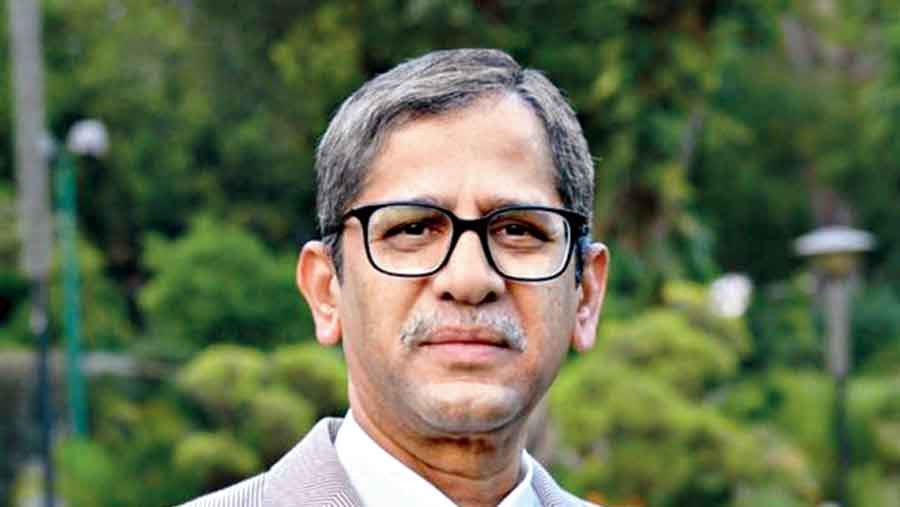 Giving our own languages the respect they deserve and encouraging the youth to learn and think in such languages will allow us to reach greater heights as a nation, Chief Justice of India (CJI) NV Ramana said on Tuesday, comments that came against the backdrop of a recent row over alleged attempts at imposition of Hindi.

Ramana, who was speaking at the launch of Gulab Chand Kothari's book 'The Gita Vijnana Upanishad' at an event presided over by Lok Sabha Speaker Om Birla, said the cause of promoting Indian languages was very close to his heart.

The cause of promoting Indian languages is one that is very close to my heart. I truly believe that giving our own languages the respect they deserve, and encouraging the youth to learn and think in such languages will allow us to reach even greater heights as a nation, the CJI said.

A row had erupted over Union Home Minister Amit Shah's pitch for preferentially using Hindi over English. Several opposition parties, including regional outfits like the DMK and TMC had called it an assault on India's pluralism and vowed to thwart any attempt to impose "Hindi imperialism".

Ramana also said it is necessary to be grounded to an ethical and moral core , something which can be found in a variety of sources such as philosophy, theology or literature, in order to ensure that one is guided towards the right course of action.

Bhagvad Gita is one such fountain of knowledge, Ramana said as he added, It is a timeless gift of knowledge for humanity. The teachings of Gita are eternal .

The teachings in the Gita transcend the boundaries of religion, time, and age. The fundamentals of true religion are compassion and righteousness. Our religious books teach us about the essential virtues of human existence," he said.

The religious books teach the value of a benevolent heart, the spirit of service and respect and consideration for fellow human beings, he said, underlining the importance of children imbibing strong moral values.

India is home to mythology. Even in this modern era, India continues to be the hub of spiritualism. In fact, just the Bhagavad Gita is enough to show how great our country is, he asserted.

CJI Ramana also said a well-informed and rational citizenry was crucial for the country's healthy development and stressed on inculcating the habit of reading books and critically engaging with them.

In this digital era, people, especially the youth of this country, have almost stopped reading However, it is equally important for us to critically engage with the texts we read. It is vital that we question the books we read, the people who write them, and refuse to blindly accept the information that we encounter, he said.