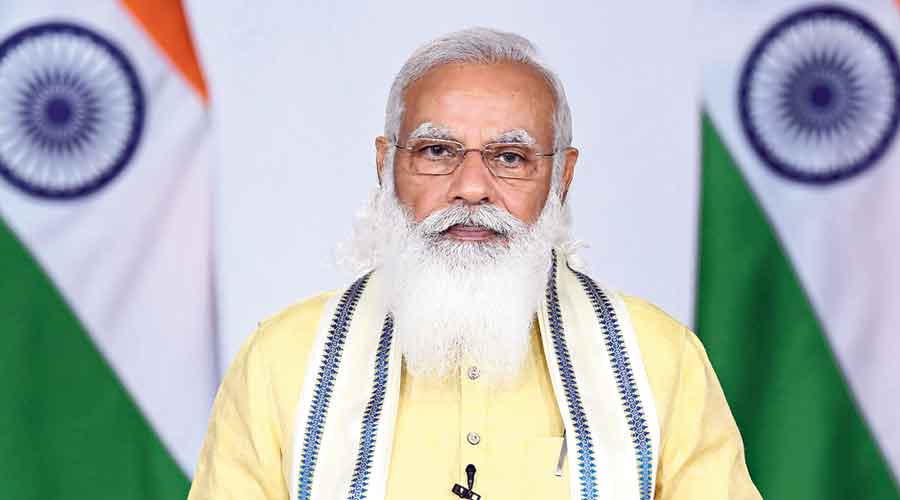 The list of 37 heads of state or government who have been accused of cracking down on media freedom also has Iran’s Ali Khamenei, Syria’s Bashar Al-Assad, Myanmar army general Min Aung Hlaing, Russia’s Vladimir Putin and Brazil’s Jair Bolsonaro.

In the explanatory note of the list that the RSF has brought out after a gap of five years, the organisation has said that some of these “predators of press freedom” have been operating for more than two decades while others have just joined the “blacklist”. The RSF is a France-headquartered international non-profit and non-government organisation that aims to safeguard the right to freedom of information.

Women have made it to the list for the first time — Bangladesh Prime Minister Sheikh Hasina and Hong Kong’s Carrie Lam — as has a European leader, Hungary’s Viktor Orban.

“All are heads of state or government who trample on press freedom by creating a censorship apparatus, jailing journalists arbitrarily or inciting violence against them, when they don’t have blood on their hands because they have directly or indirectly pushed for journalists to be murdered,” the RSF said.

Modi has been classified as a “predator since taking office”, and the explanatory note has pointed out that India is ranked 142nd among 180 countries in the 2021 World Press Freedom Index.

There was no response from the Union government till Tuesday evening after The Telegraph sought comment on the inclusion of Modi in the RSF list.

The RSF has identified the Indian Prime Minister’s “predatory” method to be “national populism and disinformation”, flagging the pejoratives used by the Right-wing ecosystem for their critics — “sickulars and presstitues”.

About Modi, the RSF said: “His leading weapon is to flood the mainstream media with speeches and information tending to legitimise his national-populist ideology. To this end, he has developed close ties with billionaire businessmen who own vast media empires. This insidious strategy works in two ways.

“On the one hand, by visibly ingratiating himself with the owners of leading media outlets, their journalists know they risk dismissal if they criticise the government. On the other, prominent coverage of his extremely divisive and derogatory speeches, which often constitute disinformation, enables the media to achieve record audience levels. All that is left for Modi is to neutralise the media outlets and journalists that question his divisive methods.”

For this, the RSF noted, Modi has a “judicial arsenal with provisions that pose a major threat to press freedom”. The note cited the use of the sedition law as a case in point.

“He has a judicial arsenal with provisions that pose a major threat to press freedom. For example, journalists risk the possibility of life imprisonment under the extremely vague charge of sedition. To round off this arsenal, Modi can count on an army of online trolls known as ‘yodha’ (the Hindi word for ‘warriors’), who wage appalling hate campaigns on social media against the journalists they don’t like, campaigns that almost routinely include calls for the journalists to be killed,” the RSF said.

The RSF referred to the 2017 murder of veteran journalist Gauri Lankesh, calling her “the best-known victim of Hindutva, the ideology that spawned the Hindu nationalist movement that worships Modi”.

The RSF also said that the attacks on the media “are even more virulent if the targets are women journalists, who are labelled as “presstitutes”.

“Rana Ayyub and Barkha Dutt, for example, were subjected to calls for them to be gang-raped and their personal data was posted online to facilitate attacks,” the report said.

A government that keeps the media in the dark