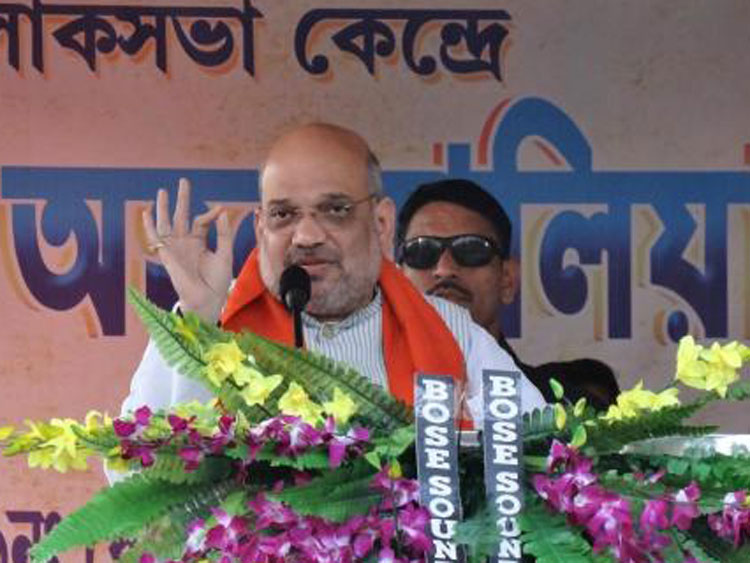 BJP president Amit Shah on Friday came out strongly against the controversial remarks of his party leaders, including Pragya Singh Thakur, over Nathuram Godse, saying the BJP has taken serious note of their statements, which are against its ideology.

Shah has asked the party's disciplinary committee to submit a report on the issue in 10 days for further action.

In a series of tweets, he said the remarks made by Anantkumar Hegde, Thakur and Nalin Kateel are against the BJP's ideology, and the party has taken serious note of their statements.

Shah also said these comments were their personal statements and had no link with the party.

'They have withdrawn their statements and have also apologised. However, their remarks are against the decorum of public life and the BJP, and also against the party's ideology.

'Taking serious note of their remarks, the party has decided to send them to the disciplinary committee,' Shah said.

Thakur had on Thursday said Godse was a 'patriot', while on Friday, Hegde tweeted that he was 'happy' over the debate on Godse, but later claimed that his account had been hacked.

Kateel, a BJP MP from Karnataka, in a tweet, compared Godse with Rajiv Gandhi