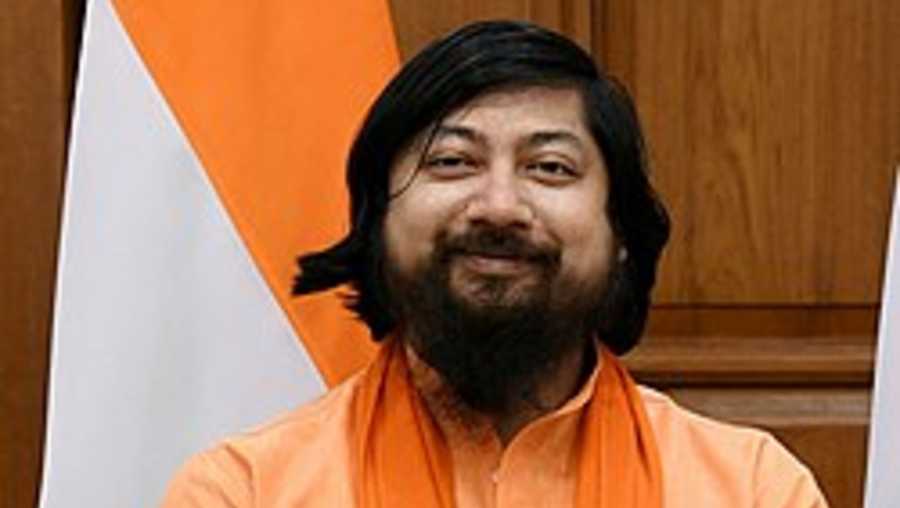 Opposition members in Rajya Sabha on Monday sought to raise the issue of the nationality of a newly inducted Minister of State for Home, alleging he was a Bangladeshi national, but the government dismissed the charge as "baseless" and slammed them for casting such aspersions on a leader from a tribal community.

Opposition members led by TMC MP Sukhendu Sekhar and Congress leader Mallikarjun Kharge asked the government to clear its stand over the nationality of the minister.

Without naming the minister, Sekhar said: The prime minister has been allowed to lay a list of the ministers after the reshuffle. Go through Wikipedia, then you will find that the name of the gentleman A Minister of State for Home Affairs is a reportedly a Bangladeshi.

Sekhar was also supported by Kharge and other opposition members.

He has raised a relevant point. It's a point of order, said Kharge adding, I have every right to know whether he is a Bangladeshi or not."

Objecting to the remarks of opposition members, Union Minister and Leader of the House Piyush Goyal termed the allegation as baseless , asserting there is no truth in it.

This should be expunged. It's an insult of a big leader and a large society to which he belongs, he said, adding such remarks against a leader from the tribal community were condemnable.

As the issue sparked an uproar, Rajya Sabha Deputy Chairman Harivansh Narayan Singh tried to pacify the members but failed.

Amid the commotion, Union Minister of Ports, Shipping and Waterways Sarbananda Sonowal introduced The Marine Aids to Navigation Bill, 2021.

Lok Sabha has already passed the bills that will replace an over nine-decade-old law governing lighthouses and seeks to provide for a fresh framework to establish and manage vessel traffic services, besides changing the use of the term marine aids to navigation.

The Deputy Chairman asked the agitating member to discuss only the bills listed in the business of the house. However, the members did not relent, after which the Singh adjourned the house till 3 PM.

Earlier, Prime Minister Narendra Modi was prevented from introducing his newly-inducted union ministers to Rajya Sabha as several slogan-shouting opposition members trooped into the Well of the House to protest over various issues, including farm laws and fuel price hike.

The House proceedings were adjourned till 2 PM as the protesting opposition members did not relent to Chairman M Venkaiah Naidu''s repeated appeal for order in the House.

When the House assembled on day one of the Monsoon Session, the proceedings were adjourned for an hour as a mark of respect to departed sitting MPs Raghunath Mohapatra and Rajeev Satav.

No sooner did the House meet again at around 12.25 PM, opposition members started raising slogans as the Chairman was making his opening remarks about the expectations from the current session amid the COVID-19 pandemic.

When the prime minister rose to introduce the newly inducted members in his Council of Ministers, opposition members created an uproar by raising slogans.

Questioning the opposition's conduct, Modi wondered "what kind of mindset is this" that prevents them from giving respect to the new ministers who are women, Dalits and come from Scheduled Tribes and OBC communities.