'Whenever I go to any minister or officer, they show me a new page and a new rule to say the proposal of the Bihar government is pending,' Rudy said 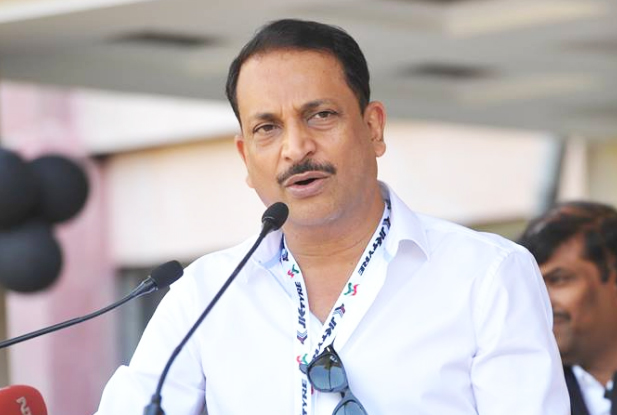 BJP MP Rajiv Pratap Rudy on Monday displayed exasperation against his own government in the Lok Sabha for doing little to promote eco-tourism in his home state Bihar and went on to call for a breach of privilege motion, earning applaud from Opposition benches.

Apart from being an MP, Rudy is also one of the national spokespersons of the BJP. So, his comments in the Lok Sabha surprised many.

Rudy said during Question Hour that for the past three years, he had been pursuing a proposal to promote eco-tourism in Bihar but every time officials turn him away citing a new rule or law.

“I have been going around with the papers for the past three years but I can’t understand in which department of the Government of India these papers go and then get lost,” Rudy said.

“On March 9, 2018, I had given the same proposal to the Government of India. Whenever I go to any minister or officer, they show me a new page and a new rule to say the proposal of the Bihar government is pending,” he added.

He said Bihar had a huge potential for eco-tourism as the endangered Gangetic dolphins are found at the tri-junction of the rivers Ganga, Gandak and Ghagra in his constituency.

Rudy talked about the famous Sonepur cattle fair and claimed it was the most eco-friendly event. He urged the government to use whatever name it wanted but funds should be granted to promote tourism of dolphins and the cattle fair.

Sensing the BJP member was upset, tourism minister Prahlad Singh Patel called Rudy his “friend” and acknowledged receipt of many letters from him but said since they didn’t concern his ministry, he forwarded them to the departments concerned.

The minister said his ministry had received a letter from the Bihar government but there was no concrete proposal or DPR (detailed project report), following which he was unable to do anything.

Rudy turned more upset. He said a DPR had indeed been sent and that he would table the DPR on the floor of the House.

Then, BJP MP from Mathura Hema Malini stood up and blamed the government for not taking steps for developing of Mathura, Vrindavan and the adjoining areas under the tourism ministry’s proposal to promote the Krishna circuit.

“Other private operators too extend free services,” Rudy said. Prasad said private companies provided free services only for a couple of days but BSNL and MTNL did do till the calamity was over.

To this, Rudy said that often BSNL/MTNL calls dropped but subscribers were charged.