Rain lashes Odisha as depression forms over Bay of Bengal

State has received widespread showers due to the low pressure, with Dhenkanal recording 114 mm rainfall till 5.30 am of Sunday: Senior weather scientist 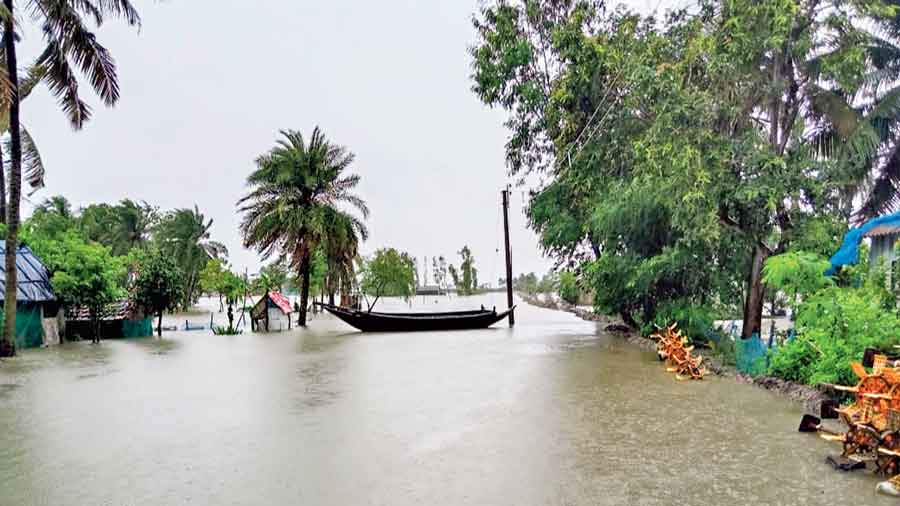 With a well-marked low-pressure area over west-central and adjoining north-west Bay of Bengal intensifying into a depression, the India Meteorological Department (IMD) on Sunday forecast heavy rainfall across Odisha.

"The system is about 20km northwest of Gopalpur and is likely to move west-northwestwards across south Odisha and Chhattisgarh during the next 24 hours before it weakens," the IMD said.

Several parts of Odisha had already been witnessing rainfall activities since Saturday.

Senior weather scientist US Dash said Odisha has received widespread showers due to the low pressure, with Dhenkanal recording 114 mm rainfall till 5.30 am of Sunday, followed by 106 mm in Koraput.

The Regional Meteorological Centre, Bhubaneswar, has issued advisories for the twin cities of Bhubaneswar and Cuttack, asking the administration to make arrangements to drain out excess water. It also urged people to check for road conditions and traffic congestion before leaving homes.

Both the cities are expected to experience intense shower spells.

The weatherman has also issued an orange alert for heavy to very heavy rain in the districts of Nabarangpur, Kalahandi, Kandhamal, Nuapada, Balangir, Sonepur, Boudh and Bargarh till 8.30 am of September 12.

In a bulletin, the IMD said that squally weather with surface wind speed reaching up to 45 to 55 kmph gusting to 65 kmph is very likely over the sea along and off Odisha coast and north-west adjoining west-central Bay of Bengal till September 12.

It warned fishermen against venturing into the sea till Monday.

IMD Director General Mrutyunjay Mohapatra said that Odisha is likely to witness more rainfall activities as a fresh cyclonic circulation is likely to brew over the Bay of Bengal around September 17-18.

The state government has asked all the district collectors to remain prepared and deal with crisis situation as per protocol.