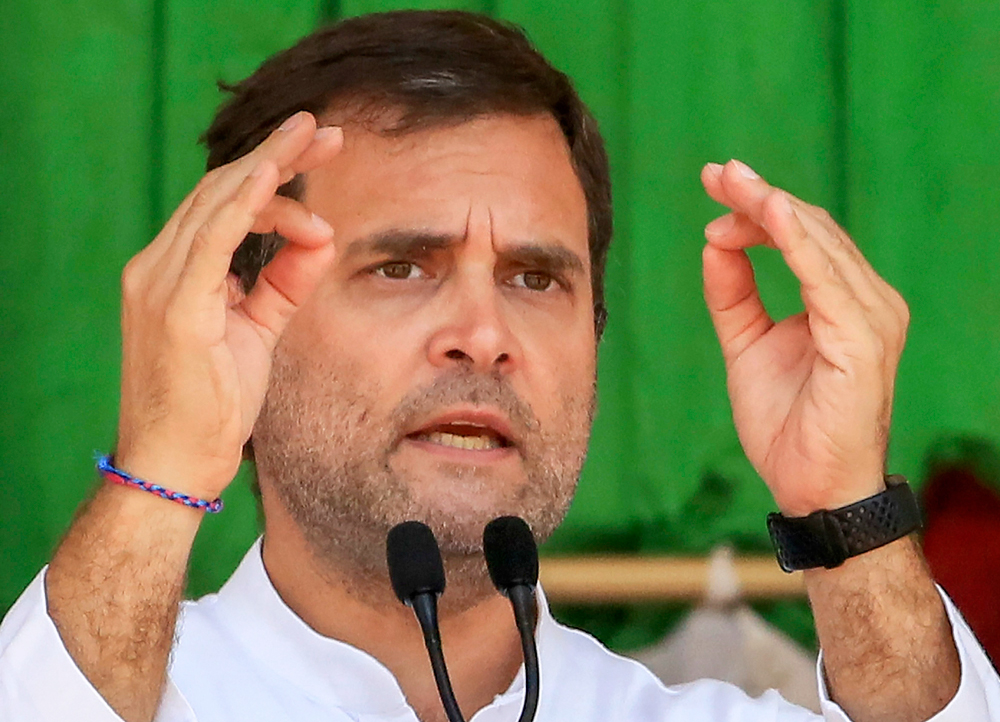 Congress President Rahul Gandhi on Wednesday tendered an unconditional apology in the Supreme Court for wrongfully attributing to the apex court the 'chowkidar chor hai' remark in the Rafale verdict.

He also sought closure of the criminal contempt proceedings against him on a petition filed by Bharatiya Janata Party legislator Meenakshi Lekhi.

In a fresh three-page affidavit, Rahul said he holds the apex court in the “highest esteem and respect” and that he has never sought to do anything which interferes with the process of administration of justice.

”The deponent (Rahul Gandhi) unconditionally apologises for the wrongful attributions to this court. The deponent further states that any such attributions were entirely unintentional, non-wilful and inadvertent,” Rahul said in his affidavit.

”The deponent most respectfully prays that this court may be graciously pleased to accept the instant affidavit and close the present contempt proceedings,” the affidavit stated.

Rahul also said the affidavit is made “bonafide and in the interest of justice, and nothing material has been concealed there from”

”At the outset the deponent herein most respectfully submits that he holds this court in the highest esteem, and respect. The deponent has never sought or intended to, directly or indirectly, commit any act that it interferes with the process of administration of justice,” the Congress chief said in his affidavit.

Meenakshi Lekhi, BJP lawmaker, who filed the contempt petition against Rahul, had alleged that he has attributed his personal remarks to the top court and tried to create prejudice.