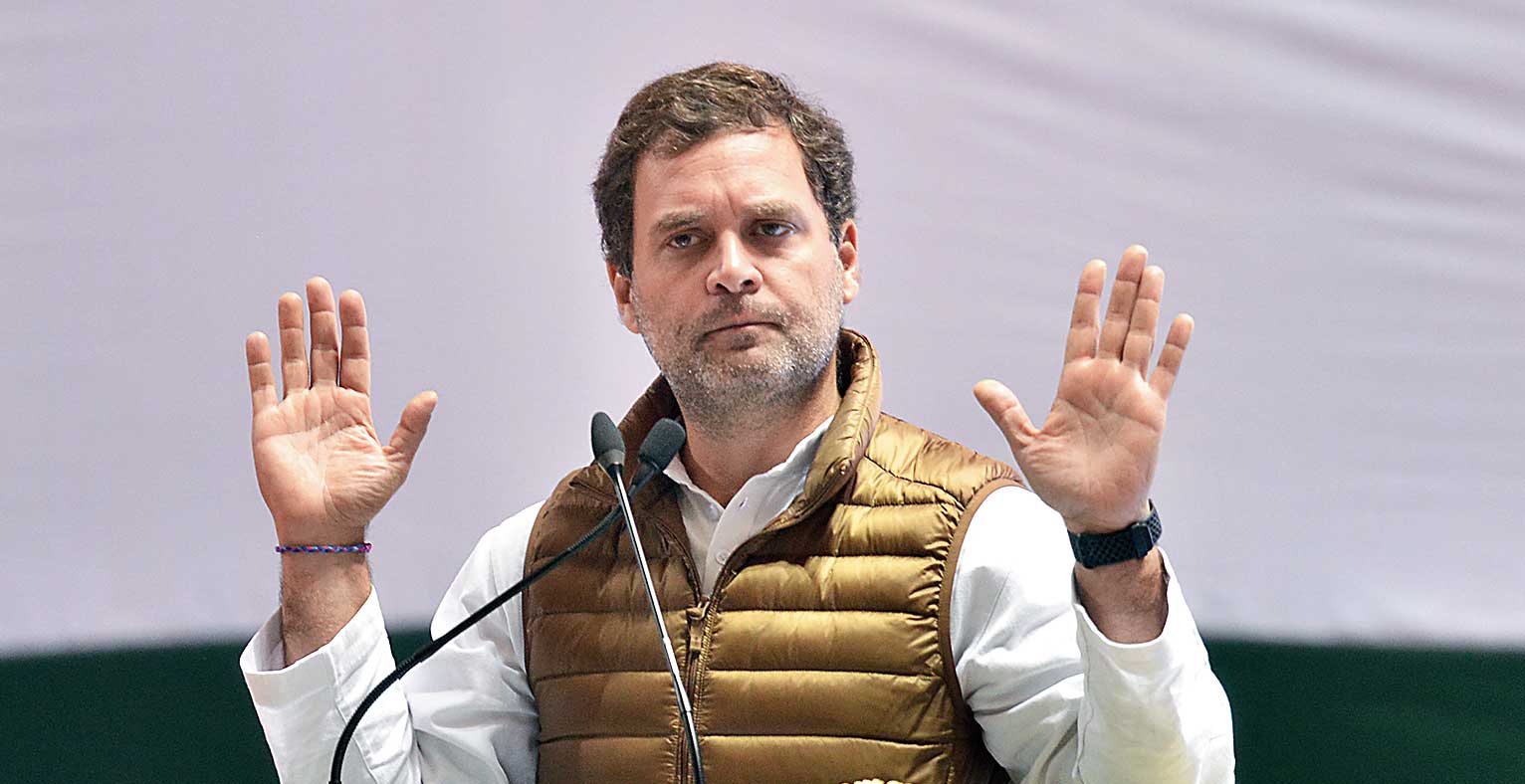 Congress president Rahul Gandhi on Friday taunted Narendra Modi by calling him the 'prime time minister' because he supposedly continued shooting a film till three hours after news of the Pulwama terror strike broke.

'There was an ocean of pain in the country's hearts and in the homes of martyrs and he was smiling and doing a photoshoot in the waters,' Rahul's Twitter handle said.

On Thursday, the Congress cited media reports to allege that Modi continued shooting for a film in the Corbett National Park on February 14 for 'self-propagation', and stayed put till the evening despite the attack on a CRPF convoy in Pulwama district in the afternoon that day.

Congress chief spokesperson Randeep Surjewala, addressing a press conference, also claimed that the Prime Minister continued to 'have tea and samosas at 7 pm in a PWD guest house when every single Indian household didn't eat food (that day)'.