The former Congress president surrendered before the court and secured bail 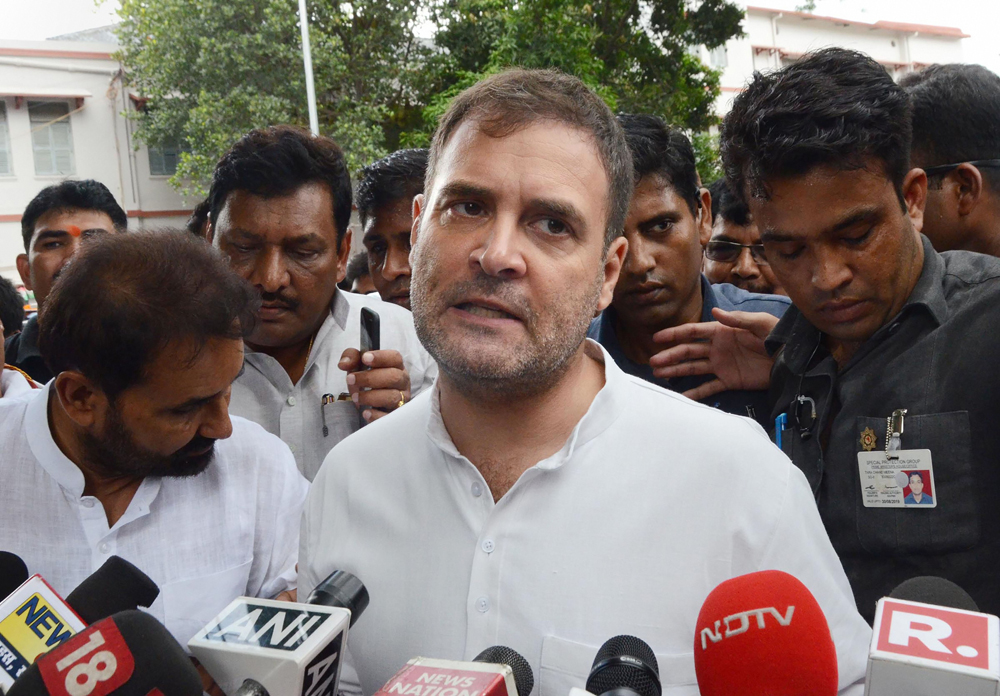 Rahul Gandhi appeared before a court here on Saturday in connection with a defamation suit filed against him by BJP leader and Bihar deputy chief minister Sushil Kumar Modi.

Rahul alleged that scores were being settled in the country with people who raised their voices against the ruling dispensation at the Centre.

“I am committed to fighting for the country’s poor, farmers and workers. I have come here to express my solidarity with them,” he said.

“Whoever is raising his voice in the country against the (Narendra) Modi government, against the BJP-RSS combine is being targeted through court cases. But my fight will continue,” Rahul told reporters before leaving the court premises.

Rahul, who resigned as Congress chief earlier this week, was slapped with the defamation suit by Sushil Modi in April for asking “why all thieves have the surname Modi”.

Several Congress workers were seen staging demonstration outside the Patna court, demanding that Rahul withdraw his resignation as the party’s president.

The Congress leader's appearance in the court comes days after he, as well as CPI(M) general secretary Sitaram Yechury, pleaded not guilty in a Mumbai court in another defamation case filed against them by an RSS worker.