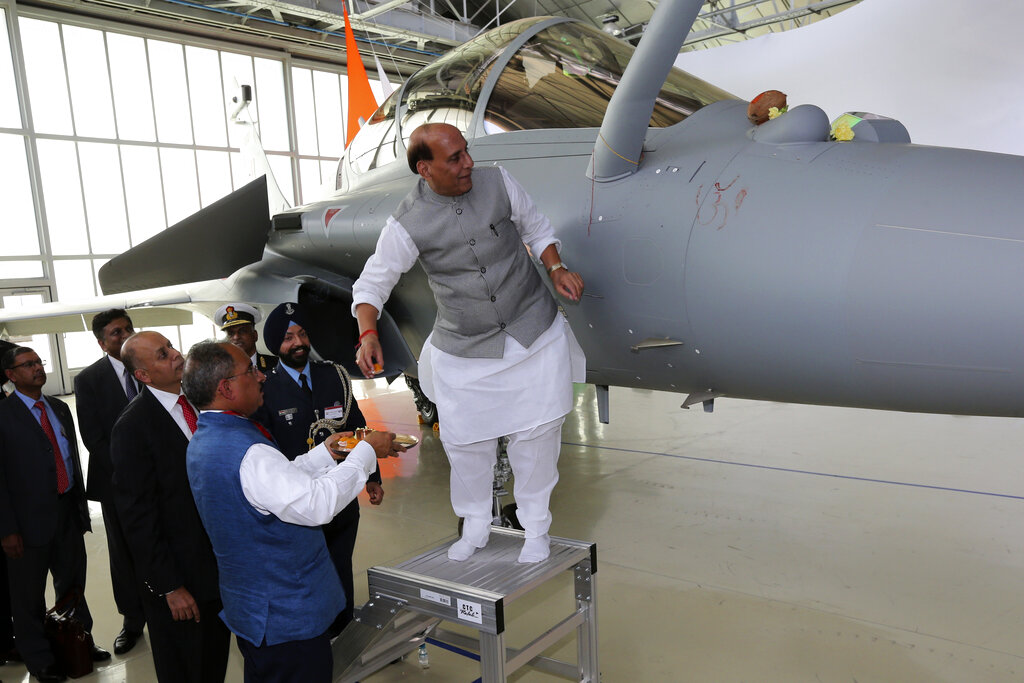 Home minister Amit Shah on Wednesday said “shastra pujan” (weapon worship) was a “culture” and “tradition” of India and attacked the Congress because its leader Mallikarjun Kharge had questioned defence minister Rajnath Singh’s worship of a Rafale fighter jet at its ceremonial handover in France.

“On Vijaya Dashami the Rafale was inducted into the Indian Air Force. Defence minister Rajnath Singh conducted shastra pujan of the Rafale jet in France. The Congress didn’t like it,” Shah told a rally in Kaithal.

Rajnath on Tuesday conducted “shashtra pujan” of the Rafale jet, writing “Om” on the plane’s nose and placing a coconut, a laddoo and flowers on its front section. BJP leaders hailed the gesture as a part of the Hindu tradition of warriors worshipping their weapons on Dussehra.

A broad smile playing on his lips, Shah said: “The Congress is opposing this too. I would tell them to ponder every night what needs to be opposed and what not.”

The Congress has not officially commented on the worship.

Kharge had said: “There is no need to do such tamasha. When we bought weapons — like the Bofors gun — no one went and brought them while showing off.”

Asked, party spokesperson Pawan Khera said worship was not an issue for the Congress. “We don’t consider worship an issue. The issue is that we would have got the Rafale jets much earlier had the UPA deal been followed. Also, the government hasn’t answered the charges of corruption in the Rafale deal,” Khera said.

Kharge, too, said the point he was making was that it would be “at least 6-8 months” before the first Rafale jets arrive in India. So “why should they do this there, they can do it when it comes here,” he said.

“Shashtra pujan” is a new addition to Shah’s quiver as he seeks to corner the Congress on the nationalism plank. Revocation of Jammu and Kashmir’s special status, which has emerged as a key plank in this round of state polls, was also used to the hilt by Shah.