Rafale missiles, not from Rahul, but air force veterans 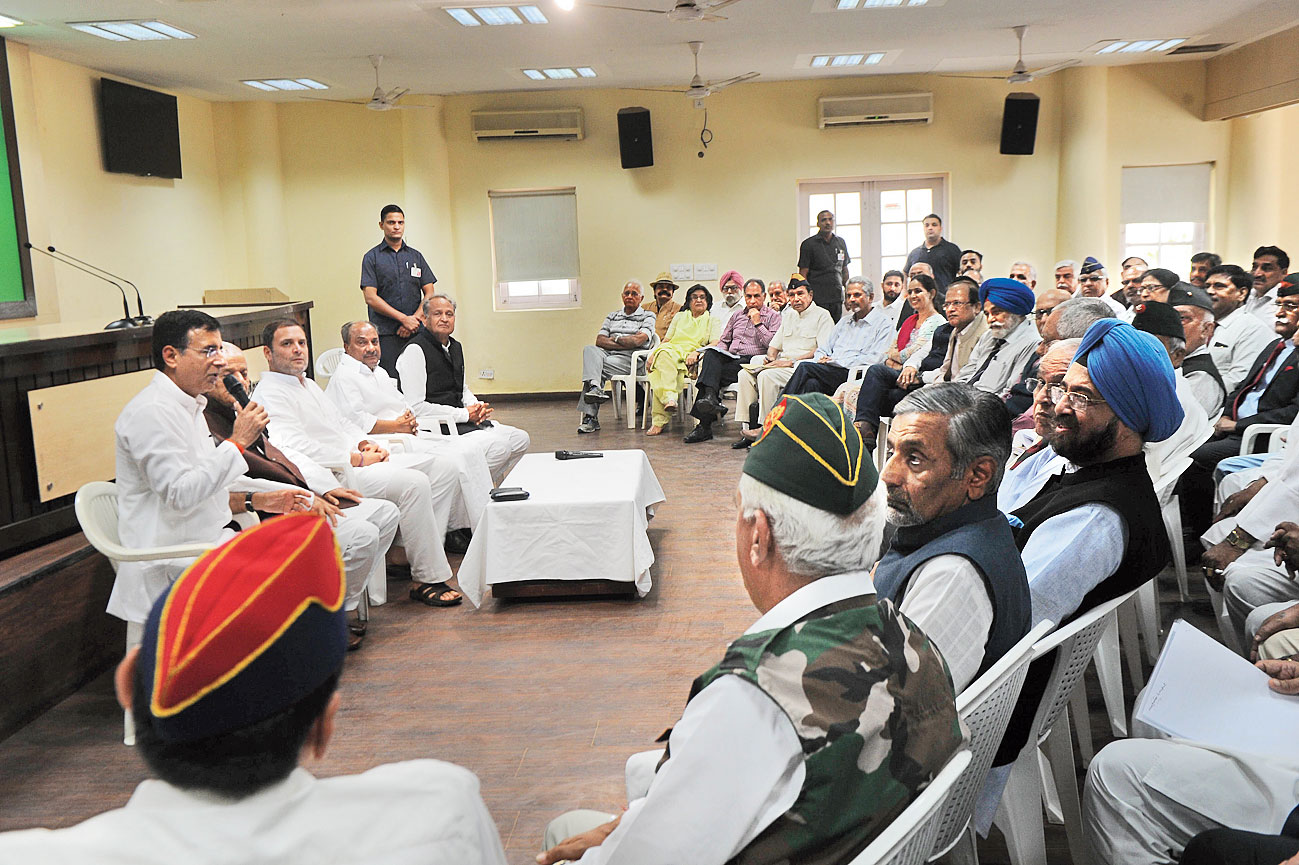 Several retired officers wondered who had authorised the Prime Minister to reduce the sanctioned number of the aircraft to be bought from 126 to 36. They added that no single person could take decisions on defence purchases, particularly when a deal had almost fructified after protracted negotiations.

Some of them questioned the reported spurt in the price too.

A retired air marshal said he had written to the Prime Minister about the deal and read out the entire letter, which recalled the “meticulous and professional negotiations” done during the UPA government’s tenure and the “field trials” by the air force.

“Eight squadrons of MiG 21 & 27 are not operational and… only 21 out of the sanctioned 42 squadrons are operational. How will the shortfall of 21 squadrons be fulfilled?” the letter asked.

The veteran added: “We don’t doubt the personal integrity of the Prime Minister. Perhaps a few thousand crores for the party fund…. But why the cost difference of almost Rs 1,100 crore per aircraft? The media is spineless. Hopefully, the CAG (comptroller and auditor general) is left with some courage.”

Another general too said the rules had been violated. “At whose behest did the Prime Minister decide to purchase 36 jets? Did the air force chief write to him? What was the motive?” he asked.

The veterans, whose main concern was the government’s failure to fully implement their demand for a one-rank-one-pension regime, accused Modi of misleading the nation on the subject.

Several highly decorated former officers expressed anguish at the reckless use of the military for civilian jobs such as the cleaning of the Ganga, providing security at the Kumbh Mela and building bridges. They said the soldiers’ morale and dignity were being hurt.

The veterans expressed concern on Jammu and Kashmir too, arguing the situation had deteriorated because of the government’s mishandling.

One general said the situation in the Valley would prove dangerous to the country.

He underscored that Pakistan’s ISI had for the first time succeeded in projecting the unrest as a “people’s war” and that more than 80 per cent of the newest militant recruits were local youths.

He said: “Soldiers are dying, the military is paying the price and the situation is worse than it was during 1991-96. Nobody is taking responsibility — the NSA, home ministry, state government, nobody is responsible.”

Several officers also objected to the bureaucrats’ control over the military establishment and the ill-treatment of soldiers in comparison with the police and the IAS.

Rahul later told reporters that the meeting had discussed issues such as Orop (one-rank-one-pension), Kashmir, Rafale, and the government’s non-strategic approach.

“In a way, all these are connected. What is the connection? That Anil Ambani can be given Rs 30,000 crore for doing nothing but our soldiers can’t be given Rs 8,300 crore for a proper Orop,” he said.

“There is no concern for the future of our soldiers, their pensions. They are pained and feeling humiliated. They are also objecting to the violation of procedure in the Rafale deal.”

Rahul said the Congress, if voted to power, would implement one-rank-one-pension in the right manner.

He said he had asked the veterans to have a structured meeting with the Congress manifesto committee so that their demands could be included.