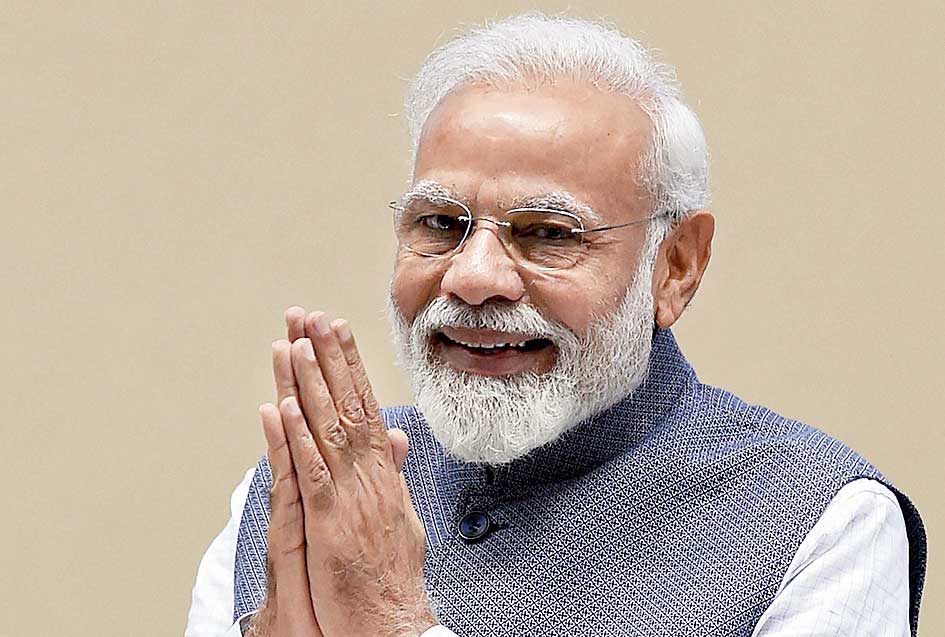 A political “pilot project” flagged off by Prime Minister Narendra Modi, who sought to yoke the Rafale deal to the air-strike-driven nationalistic narrative, has blown up in his face and brought under strain a drive to claim victory.

“Today, the lack of Rafale is being felt. The country is saying in one voice that had we had the Rafale (fighter jets) now, the results would have been different,” Modi told the India Today conclave during a speech anchored in the theme of a nation that none dares to intimidate and governed with strong leadership.

The narrative was part of a campaign that began in the morning, less than 24 hours after Pakistan had handed over Wing Commander Abhinandan Varthaman.

Modi not only injected the controversial Rafale deal into the discourse but also sought to associate himself with the adulation for the captured air force officer and claimed that enemies within and without were now cowering in fear.

But the Rafale reference begged the question whether Modi was conceding that things did not go as planned in the air strikes and the subsequent skirmish in the skies with Pakistan.

It gifted ammunition on both sides of the border.

The Pakistan Tehreek-e-Insaf (PTI), Prime Minister Imran Khan’s party, tweeted: “The truth does not remain hidden for long. When so much fake news is spread in succession by a fake news making media machinery, a slip-up from Narendra Modi confirms that Pakistan out manoeuvred Indian Air Force in the recent skirmish.”

The party was responding to a tweet put out from the conclave quoting Modi.

The PTI soon cranked up its propaganda machinery and embellished a screenshot of that tweet with the Indian Prime Minister’s picture and the headline “Modi accepts defeat”.

The party tweeted: “Modi needs to realise this isn’t fiction; where in retrospect he wishes for better aircrafts for ‘different results’. He endangers his own soldiers, sent them in jets known as ‘widow makers’ & continues to rile up a war narrative. While everyone wants peace, he is adamant on war.”

The Indian Air Force wing commander was flying a MiG-21, which was past its retirement age and had undergone several upgrades.

By then, the Indian Opposition had started asking questions. “If Modi says that the result of this skirmish would have been different, is he saying that India under him failed against Pakistan? So what were all the official statements about? Stop insulting our brave soldiers and pilots, Mr Modi,” CPM leader Sitaram Yechury tweeted.

In a scathing tweet on Saturday night, Congress leader Rahul Gandhi said: “Dear PM, Have you no shame at all? YOU stole 30,000 Cr and gave it to your friend Anil. YOU are solely responsible for the delay in the arrival of the RAFALE jets. YOU are WHY brave IAF pilots like Wing Cdr. Abhinandan are risking their lives flying outdated jets.”

It was Modi himself who had spearheaded the renegotiations on the Rafale deal that was almost finalised when the UPA had gone out of power.

Modi had set the agenda in the morning at an event organised by the housing ministry.

“The world takes note of what India does. India has the strength to change the meaning of words in the dictionary…. ‘Abhinandan’ used to mean ‘congratulations’. Now the meaning of ‘abhinandan’ will change,” the Prime Minister said, without saying what the new meaning would be.

Until Friday, hours before the pilot was released, Modi had avoided any direct reference to him. But Modi had mentioned “pilot project” in an indirect reference to the wing commander soon after Pakistan Prime Minister Imran Khan promised on Thursday to free him.

Modi had told a science awards event: “Recently a pilot project happened (applause)…. Now the real one has to be done. Earlier one was practice….” He gave the impression that he meant the applause should be upgraded to a standing ovation for the awardees.

Although the phrase “pilot project” was greeted by applause from a section of the audience, some found it frivolous as well as inopportune, considering the gravity of the situation as well as the fact that Wing Commander Abhinandan was still in captivity in Pakistan.

The BJP had been euphoric after the February 26 air strikes on a terror camp in Balakot, Pakistan, expecting the “bold” move to pay electoral dividends. But the retaliation by Pakistan a day later, resulting in Abhinandan’s capture, had led it to fear a dampening of the public’s purported pro-BJP mood.

Now the party is trying to portray Abhinandan’s return as a big victory for the country that Modi’s “strong leadership” alone made possible.

“The recent developments must have shown to you the impact of the country’s foreign policy. Today’s India is a new India, a changed India. For us, the blood of every courageous jawan is priceless,” Modi said. “In the past, no matter how many jawans would get killed, we hardly took any big action. But now nobody dares to intimidate us,” he added.

Not everyone agrees. Hours earlier, The New York Times had reported that the capture and release “capped a humiliating episode for India and a surreal week for the pilot”.

“They (the western officials) say that after Pakistani jets crossed into Indian airspace, they quickly turned and flew away, tempting their pursuers into an area well covered by Pakistani air defenses, which then hit Wing Commander Varthaman’s plane with a surface-to-air missile,” the newspaper reported.