Police said extremists hurled a grenade towards security personnel in the busy Hari Singh High Street area in the city centre around 3.30pm 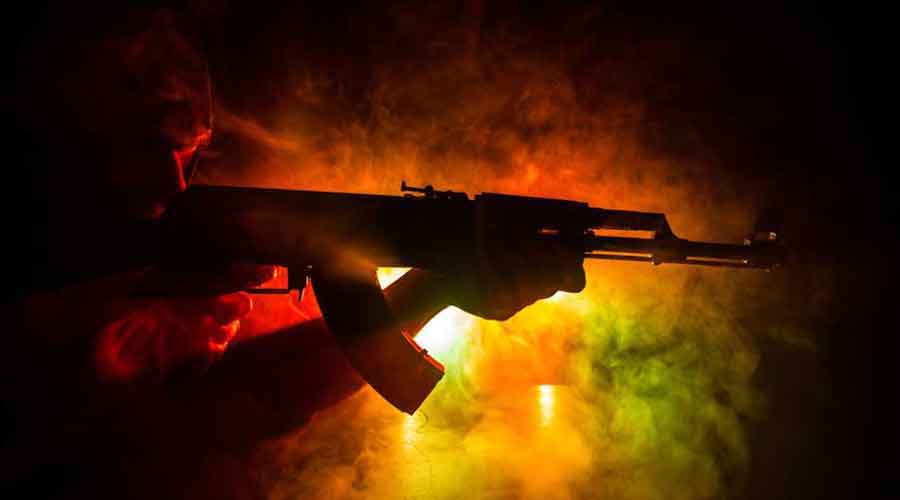 A police inspector and three civilians were injured on Tuesday in a militant attack on security forces in the heart of Srinagar city amid unprecedented security arrangements for Wednesday’s Republic Day celebrations in the city.

Police said militants hurled a grenade towards security personnel in the busy Hari Singh High Street area in the city centre around 3.30pm.

The attack injured Tanveer Hussain, an inspector in police anti-corruption bureau, and three civilians including two women, the police said. The injured were rushed to a hospital where their condition was stated to be stable.

Mohammad Shafi, a pedestrian and his wife Tanveera from Srinagar’s old city were among the injured.

A police vehicle, which was apparently the target of the attack, also suffered damage.

The security forces cordoned off the area and launched searches to nab the militants.

Valley police chief Vijay Kumar said the militant who had lobbed the grenade was arrested and identified as Aijaz Wani of Srinagar’s Fateh Kadal locality. Wani is a regular stone thrower, Kumar added.

The attack is an embarrassment for security establishment as it came less than 24 hours of Wednesday’s R-Day function in the city.

Thousands of security force personnel have been deployed to ensure an incident-free celebrations.

Kumar on Monday had said police, Army and CRPF have been busy with area domination from past one week. The authorities have employed drones to keep track on any suspicious movement.