The Centre is set to portray M.S. Golwalkar, the second RSS chief and Prime Minister Narendra Modi's "ideological mentor", as a great philosopher and a champion of "robust nationalism". 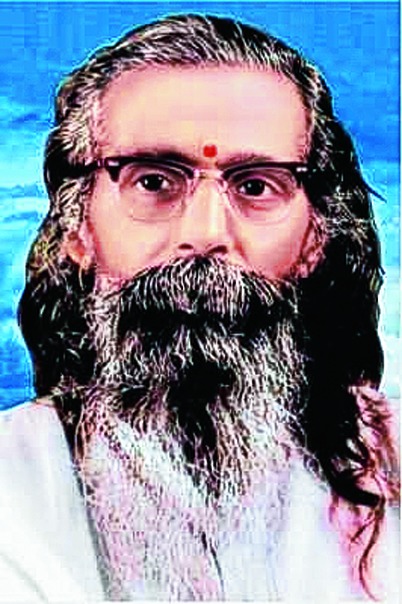 New Delhi, July 4: The Centre is set to portray M.S. Golwalkar, the second RSS chief and Prime Minister Narendra Modi's "ideological mentor", as a great philosopher and a champion of "robust nationalism".

So far confined to RSS shakhas (camps) as a tall ideologue, Golwalkar's views on nation, dharma and "Hindu Rashtra" will be soon discussed on an official platform at a seminar sponsored by the Centre-run Indian Council of Philosophical Research (ICPR). The Indian Institute of Public Administration, another central institute, will organise the seminar titled "Nation and Nationalism in the thoughts of Shri M.S. Golwalkar".

The government has so far projected Jana Sangh leaders Syama Prasad Mookerjee and Deendayal Upadhyaya as icons, renaming a number of schemes after them.

Modi has not only hailed Golwalkar - known as Guruji - as his ideological mentor, he has also written an adulatory book, Jyoti Punj, in Gujarati on 16 eminent persons who had inspired him. One of the essays, 'Pujniya Shri Guruji (Revered Shri Guruji)', is on Golwalkar and is the longest in the book.

An ICPR concept note seeking papers from scholars for the seminar describes Golwalkar - who headed the RSS for over 30 years till 1973 - as a champion of "robust nationalism" and says the event aims to put his views in proper perspective since he has been much misunderstood and maligned by adversaries. His views on "nation and nationalism are to be understood in a holistic way and in the light of the present-day scenario", the note adds.

The deadline for submission of papers, initially June 27, has been extended to July 27. The seminar date will be decided after getting seven to eight papers, a faculty member said.

ICPR member-secretary Rajneesh Kumar Shukla said this was the first seminar on Golwalkar to be sponsored by the institute. Shukla contended that Golwalkar's adversaries have "wrongly" tried to judge him on the basis of the book We or Our Nationhood Defined. "Golwalkar has written the forward of the book only. People always refer to that book when talking about him."

Prasanjit Biswas, who teaches philosophy at the North Eastern Hill University in Shillong, also found nothing amiss with the topic. "There is an ideological block that has come to power. They want to bring their ideology for public discussion. Politically, Golwalkar's ideology may be about Hindu rights. But it has a strong philosophical reasoning, making it a critical discussion," said Biswas.

Golwalkar had also touched on cow slaughter - the cause of much violence in recent months. In his book India After Gandhi historian Ramachandra Guha quoted from a Golwalkar article of October 1952 that said: "To stop forthwith any onslaught on this particular point of our national honour, and to foster the spirit of devotion to the motherland, ban on cow slaughter should find topmost priority in our programme of national renaissance."