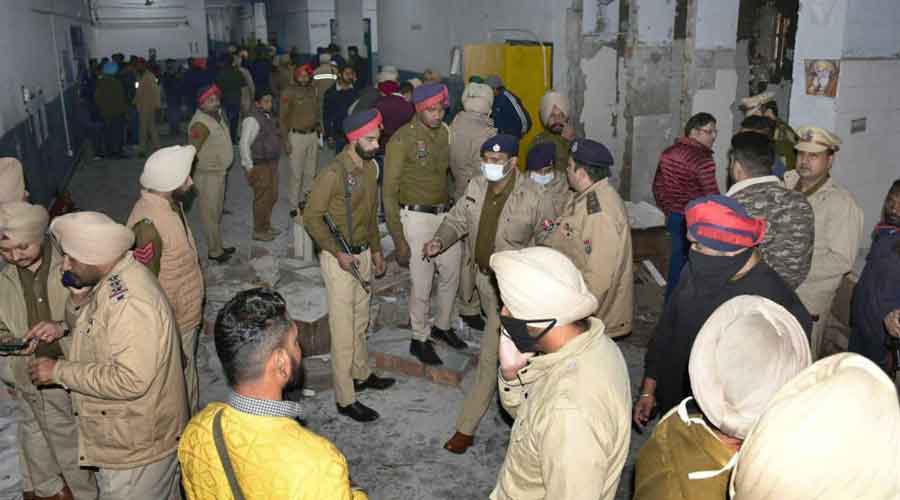 Punjab police chief Siddharth Chattopadhyaya on Saturday said the former head constable who was killed in the Ludhiana district court blast had links with Khalistani elements and terror outfits, and Pakistan-based entities could be behind the incident.

Addressing the media here, the director-general of police said Gagandeep Singh, who was dismissed from service in 2019, had gone to the washroom to assemble the bomb and plant it somewhere. He was alone in the washroom when the bomb went off.

Singh was posted as a munshi at a police station in Khanna, his native city, and was sacked in connection with a drugs case, Chattopadhyaya said.

He spent two years in jail and had been out on bail. The next hearing in the case was scheduled for December 24, a day after the blast, the DGP said.

Singh was killed and six others were injured in the blast that occurred in the court complex on Thursday.

During his time in jail, Singh probably came in contact with some bad elements, the police said.

Citing the initial probe, Chattopadhyaya said Singh had links with Khalistani elements, both within Punjab and abroad, terror outfits, mafia groups as well as narcotic smugglers.

To a question about the possibility of Pakistan’s involvement in the blast, the DGP said the police had “full suspicion” but he could not say so conclusively.

The leads gathered so far indicate that someone operating from Pakistan could be behind the incident, he added.

Asked if Pakistan-based pro-Khalistani organisations could have had a role in the blast, Chattopadhyaya said there were indications of links to members of the separatist group and narco-terrorism.