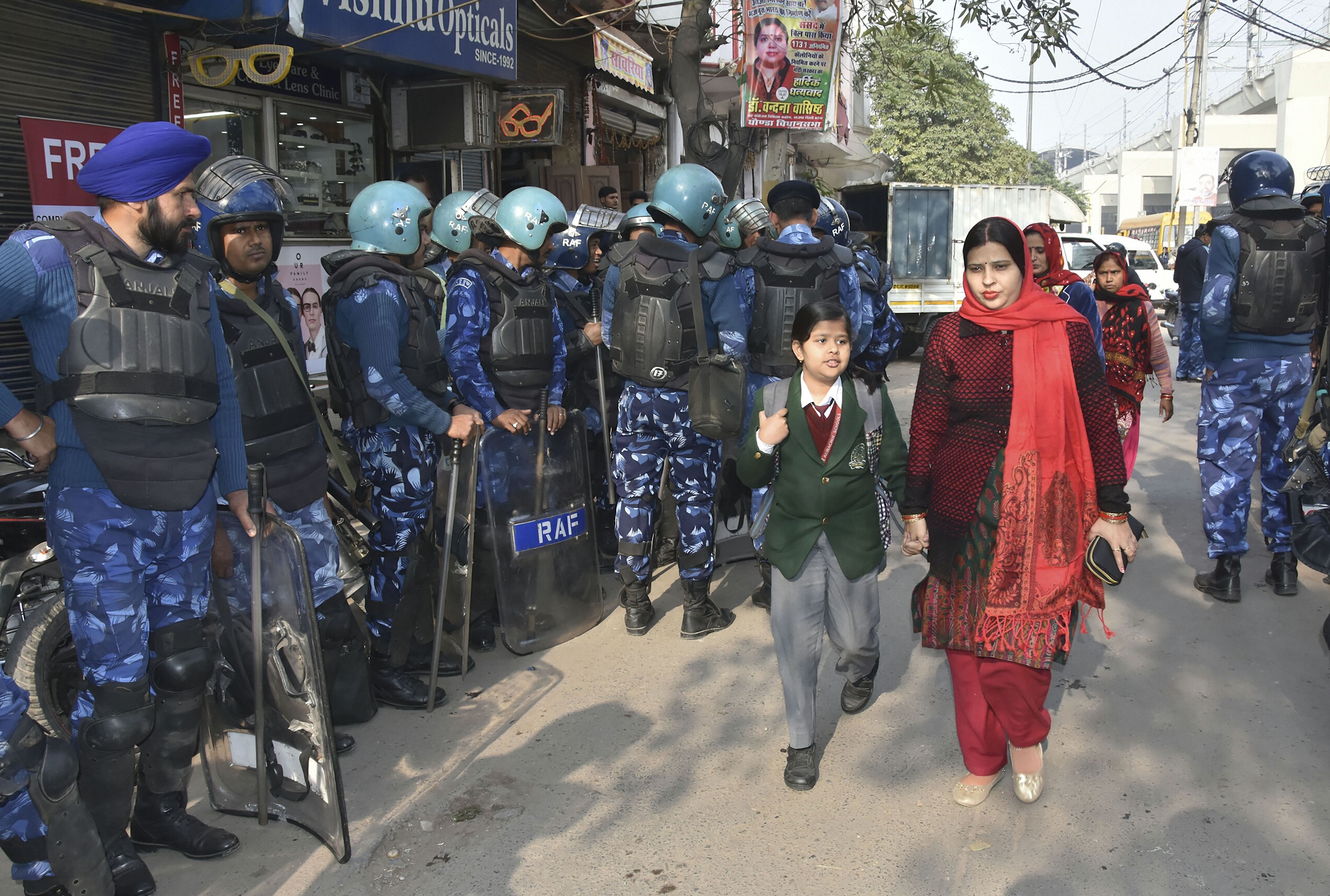 Amid protests over the Citizenship (amendment) Act, 2019, police are closely monitoring some social media handles to check spread of wrong information in the national capital, officials said on Wednesday.

A number of miscreants involved in Tuesday's violence in the northeastern district of Delhi were identified, officials said, adding, action will be taken against them after the assessment of video footage received from drone cameras.

Eight people have already been arrested so far for their alleged involvement in the violence at Jaffrabad and Seelampur during protests against the citizenship law. Three FIRs have been registered as well.

'We are monitoring some social media accounts to check spread of misinformation. Appropriate action will be taken if anyone is found violating the laws,' a senior official said.

The police used drones extensively during the violent protests in the area on Tuesday and their video footage is being assessed so that the miscreants involved in the violence could be identified and action be taken against them.

The situation in Delhi is peaceful by and large, but prohibitory orders under CrPC section 144 have been imposed in some localities in North-East Delhi, the official said.

Except at Road No. 13 near the Jamia Millia Islamia University, now there is no protest anywhere in the city, another official said.

Besides, no protest is taking place in any of the 42 central universities in the country, the official said.

Violent protests were witnessed in North-East Delhi on Tuesday that forced police to use tear gas and resort to lathi charge, police said.

The government has not ordered any judicial inquiry on the incidents of violence, including those in Jamia, as the matter is sub-judice.

Under the new law, members of Hindu, Sikh, Buddhist, Jain, Parsi and Christian communities who have come from Pakistan, Bangladesh and Afghanistan till December 31, 2014, and facing religious persecution there will not be treated as illegal immigrants but given Indian citizenship.

The act got the approval of Parliament and assent by the President last week.