They were marching towards UP Bhavan in the national capital 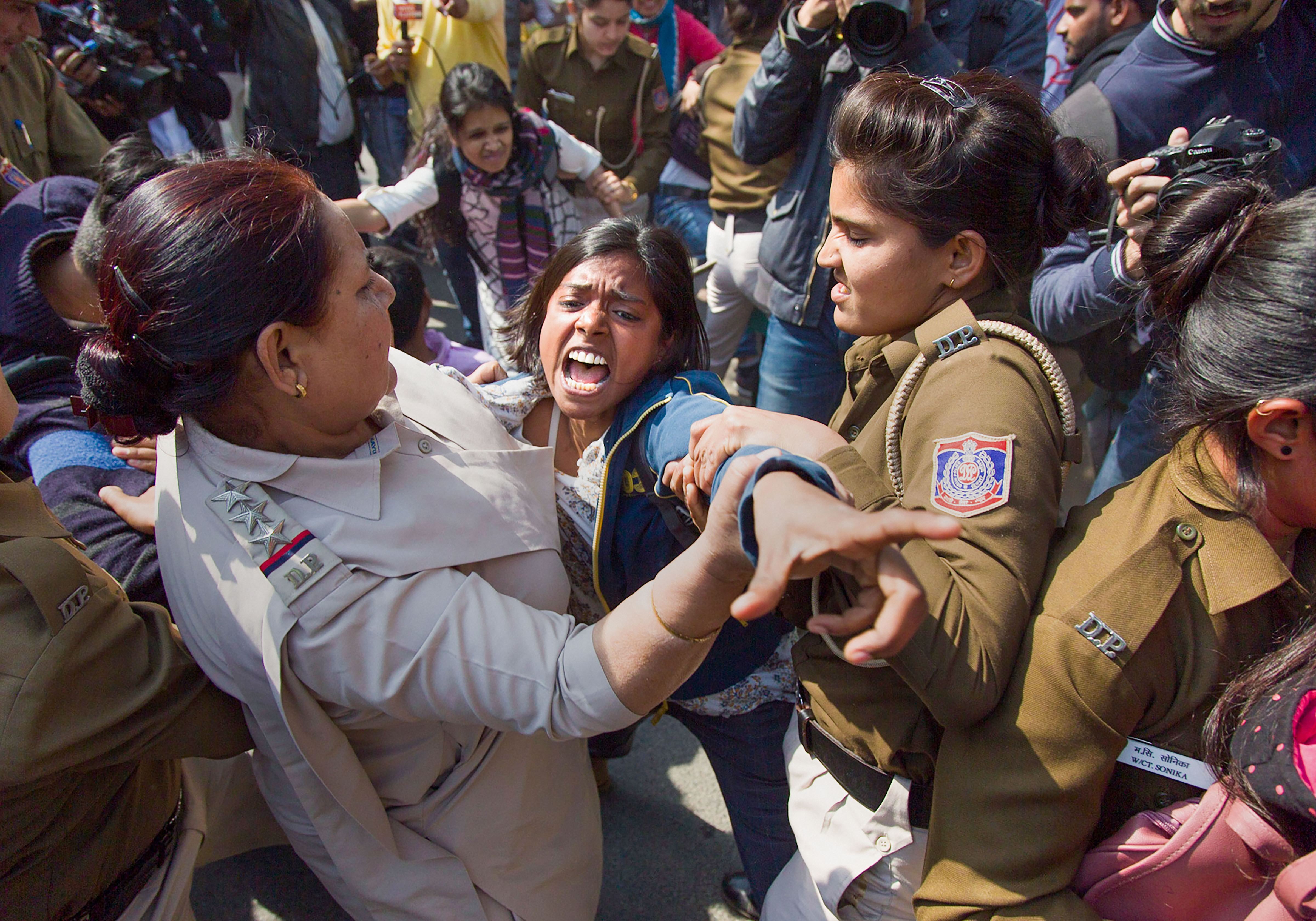 While Madni was arrested in Azamgarh on February 5 on the charge that the anti-CAA protestors he was leading used foul language against Hindus and Prime Minister Narendra Modi, Kafeel Khan was held for allegedly promoting enmity between religions through his speech at a protest against the amended law at Aligarh Muslim University on December 12.

Marching towards the Uttar Pradesh Bhawan, the protestors slogans against the state government. They were detained and taken to Mandir Marg police station, Delhi police officials said.

However, another group of students arrived near the UP Bhawan with posters against the amended citizenship law and the proposed nationwide National Register of Citizens.

They too were detained and taken to a nearby police station, police said.

Kafeel Khan has been slapped with the stringent National Security Act (NSA) and lodged in Mathura jail in connection with his anti-CAA speech at the Aligarh Muslim University.