SC willing to stay implementation of the new farm laws 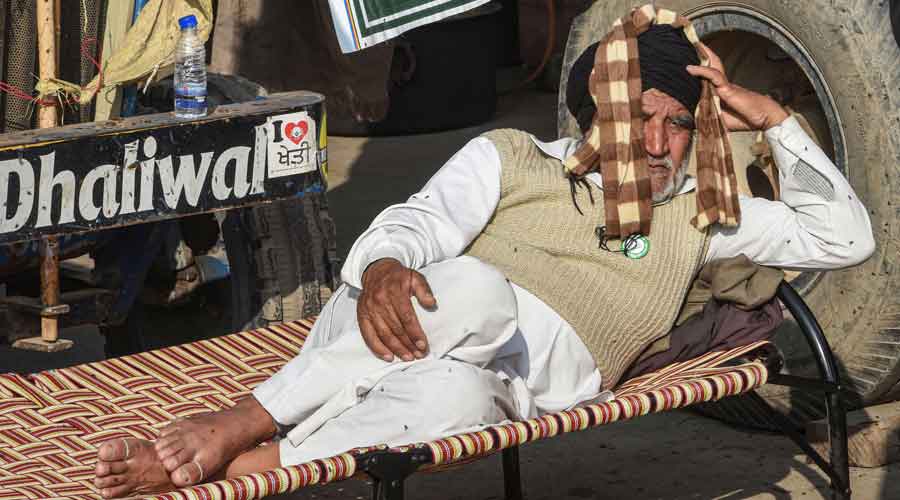 The Supreme Court said on Monday that it was willing to put on hold the implementation of the new farm laws and explore the possibility of appointing a committee headed by one of its former judges to broker a solution.

The court criticised the Centre for the inadequate consultative process and said: “We are extremely disappointed at the way the government is handling all this.”

The protesting farmers, who have been insisting on the full repeal of the new laws that they fear will leave them at the mercy of corporate groups, expressed great respect for the court’s views but cited the government’s stubborn attitude to say they would not take part in the proceedings of the proposed committee.

The bench, headed by Chief Justice of India S.A. Bobde, emphasised that it was considering a stay only on the implementation of the laws, not the laws themselves. A formal order is expected at noon on Tuesday.

However, the legal fraternity appeared divided over whether the court can stay even the implementation of laws passed by Parliament and whether a committee appointed by the court can look into an issue that falls within the domain of the legislature.

A section of lawyers felt that, instead of getting embroiled in legislative matters, the Supreme Court should look into whether the Centre could have passed such laws in a matter involving the states, too. Agriculture by itself is a state subject but certain components, such as interstate trade in commodities, figure on the concurrent list.

The lawyers who endorsed the initiative by the bench felt that Article 142, which legalises an order issued by the Supreme Court for ensuring complete justice in a matter pending before it, empowers the top court to do so. While a law is enacted by Parliament, it is implemented by the executive, which can be stayed by the court, they added.

Responding to a lawyer’s suggestion, the court said it was not averse to appointing former judge R.S. Lodha, who had recommended changes in the cricket administration, as head of the proposed committee.

During Monday’s hearing, the bench, whose other judges are Justices A.S. Bopanna and V. Ramasubramanian, said: “We are the Supreme Court of India and we will do our job. You made a law without enough consultations…. We are extremely disappointed at the way the government is handling all this. We don’t know what consultative process you followed before the laws were enacted. Many states are up in rebellion. There are protests all over and strikes are on.”

Justice Bobde said: “We are sorry to say that you, as the Union of India, are not able to solve the problem. You have made a law without consultations. We think you can resolve it. But you are not able to do it. As we said, we want to appoint a committee.”

Addressing attorney-general K.K. Venugopal and solicitor-general Tushar Mehta, both appearing for the Centre, the Chief Justice said: “You tell us if you will put on hold the implementation of the laws. Otherwise, we will do it. What is your (the Centre’s) problem in keeping it in abeyance?”

“Don’t tell us that. We have so far given you a very long rope. So, don’t lecture us on patience,” Justice Bobde responded.

The Chief Justice reminded the attorney-general that there was a difference between staying a law and staying the implementation of the law.

“We are not on the merits of the law. We are not on repeal. This is a very delicate situation in the country…. We don’t see why there is an insistence on implementation of the law,” Justice Bobde said.

He remarked that there was not a single petition before the court saying the new laws were beneficial to the farmers. However, after these observations, a couple of farmer organisations said they supported the new laws.

“If the law is beneficial, let the vast majority of the country tell the committee…. People are committing suicide. People are calling names. People are suffering in cold and pandemic,” the court said.

“We want to make it clear we are not stifling protest. You can carry (on with) the protest. But the question is, whether protest should be held at the same site? We want to ensure no violence or bloodshed in the streets,” the court told senior advocates Dushyant Dave, P.S. Phoolka and Colin Gonzalves, who were appearing for various farmers’ groups.

Justice Bobde asked these senior lawyers to go back to the farmers and ask them to return home as the court would stay the implementation of the laws. The court said it was also concerned about the plight of the protesters, many of whom are women and children.

The Centre later filed an affidavit defending the way the laws had been passed and seeking a restraint on the farmers’ tractor rally, scheduled for January 26, TV channels reported on Monday night.

Farmers to SC: Thank you, but we can’t join