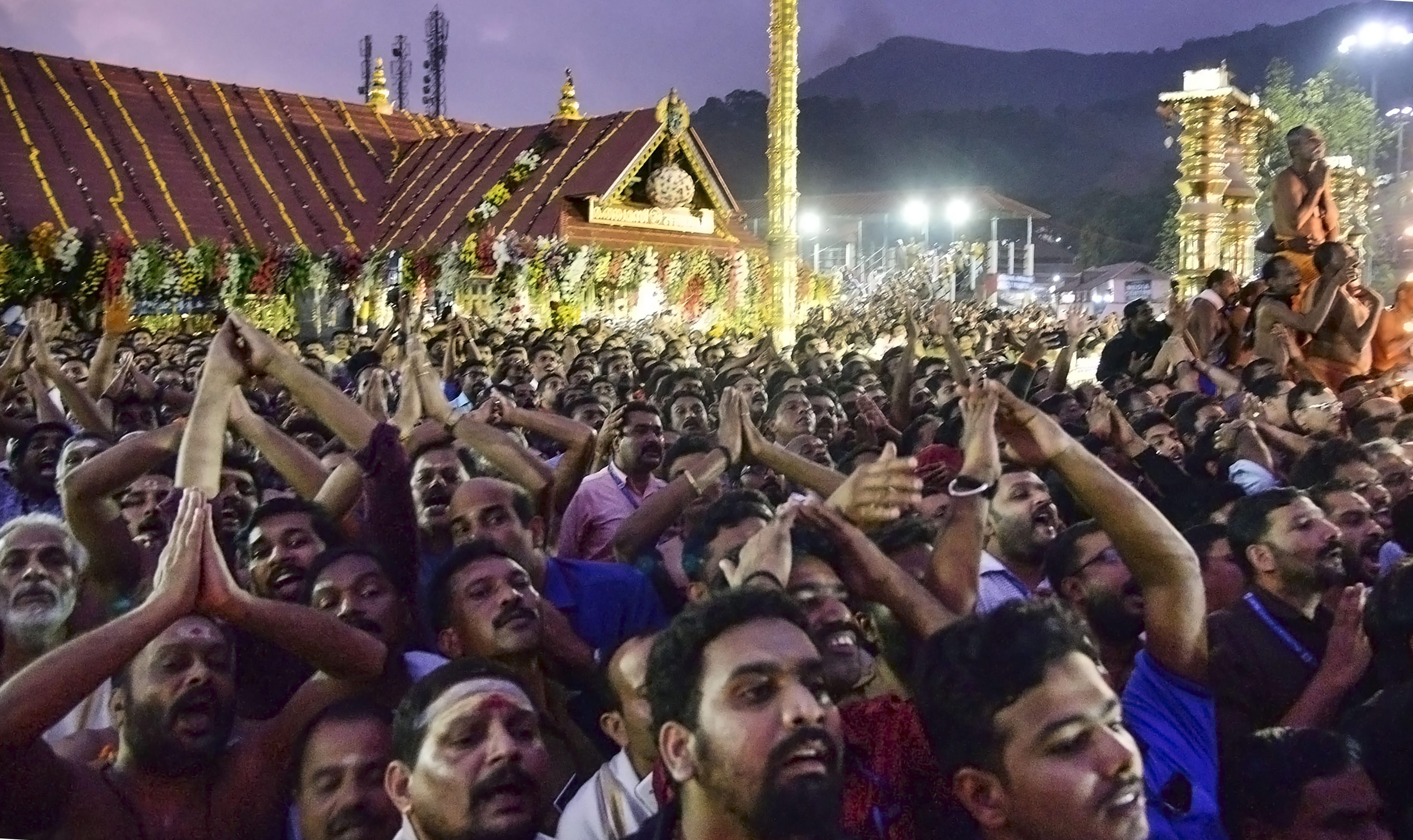 Devotees gather to offer prayers during the Makaravilakku festival at Sabarimala on Monday.
PTI
PTI   |   Thiruvananthapuram   |   Published 16.01.19, 07:50 AM

Two women who trekked the Sabarimala hill on Wednesday were stopped midway by protesters, police said.

Reshma Nishanth and Shanila, both residents of Kannur district, attempted to climb the holy hill early in the morning but were prevented from proceeding to the temple after the protesters spotted them with 'Irumudikettu' (offerings to Lord Ayyappa).

'They were stopped at Neelimala (en route Sabarimala). They were brought down after protests broke out. After taking them down to Pamba, they were moved to Erumeli around 7am,' the police told PTI.

Sources said the women came with a group of men.

'We had informed the police before reaching here, seeking protection,' Nishanth told reporters.

TV channels reported that both women, who are now under police custody, sat on indefinite fast demanding that they be allowed to enter the shrine.

'All women who have followed the vritham can enter Sabarimala. The act of stopping devotees from visiting the shrine is barbaric. What's happening at Sabrimala is goondaism,' Devaswom minister Kadakampally Surendran said.