Police had to use force to disperse the crowd 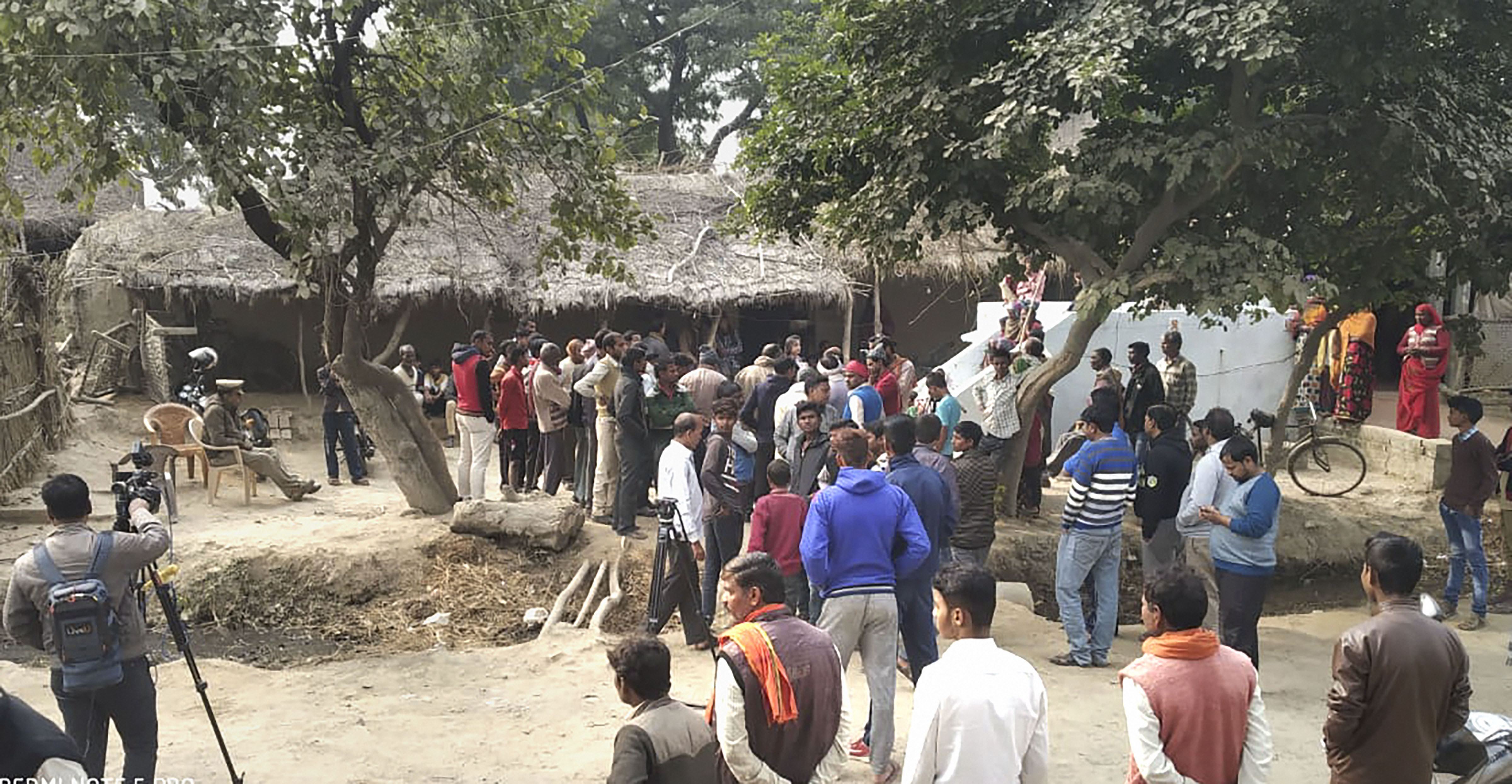 Protests were held on Saturday evening as UP ministers Swami Prasad Maurya and Kamal Rani Varun along with local BJP MP Sakshi Maharaj reached the village of the Unnao gangrape victim to meet her family.

A number of protesters, including some local Congress leaders, sustained injuries as police used force to disperse the crowd which gathered outside the residence of the victim and shouted 'Vaapas Jaao, Vapaas Jaao' (Go Back) and raised slogans against the state government and Sakshi Maharaj.

The sloganeering continued for 15 minutes. Police used force against the protesters after which the two ministers and the MP could be taken to the victim's home, villagers said.

The 23-year-old rape victim who was airlifted to Delhi and admitted to Safdarjung Hospital with 90 per cent burns after being set afire by the accused died following a cardiac arrest at 11.40pm on Friday.