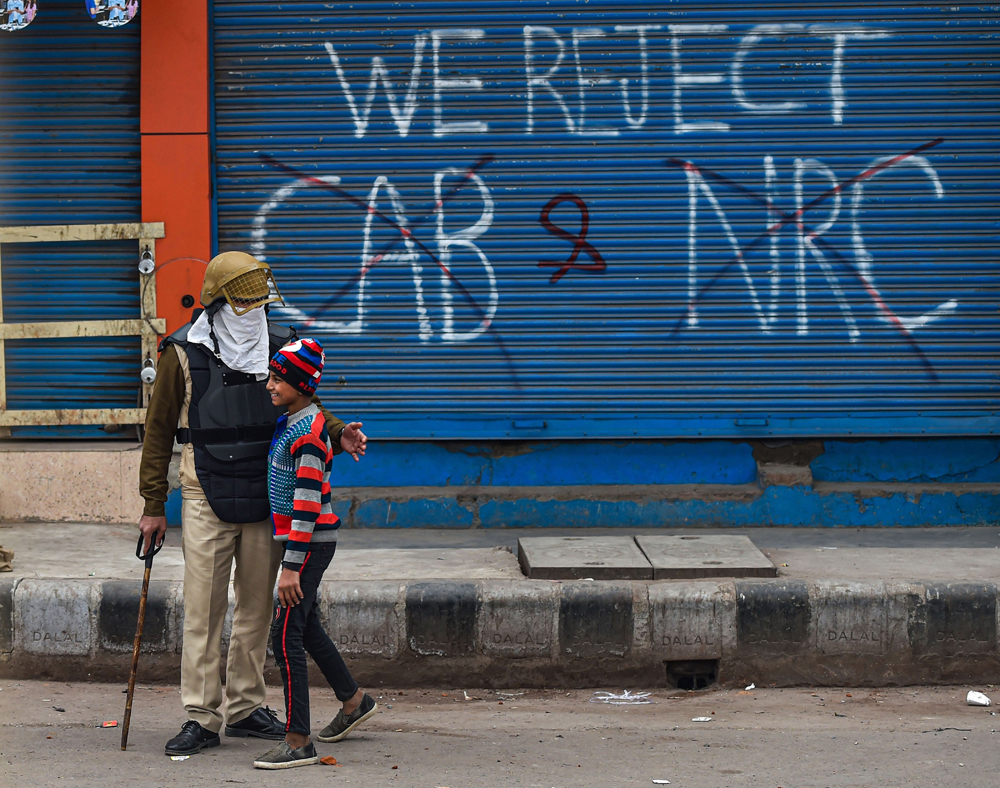 Delhi police clamped down on local residents protesting the amendment to the country’s citizenship law at Delhi’s Seelampur on Tuesday, the second time the force has acted in a brutal manner in three days.

On Sunday, the police had clashed with students of Jamia Millia Islamia, sparking country-wide protests.

The residents of the Muslim-majority area allegedly threw stones at the police, injuring at least two cops. The police retaliated with tear gas and batons, which left several protesters injured.

Social media was abuzz with videos of protesters throwing stones at the police, and the force beating them up using batons.

“Our rally was peaceful till the outsiders joined it. They began throwing stones at the policemen who were already present at the scene,” local resident Shahrookh told this correspondent. “The police then began beating the protesters and using tear gas.”

He alleged that some of the protesters were shot in the leg. The Telegraph could not, however, confirm this. In the scuffle that followed the police action, a motorcycle was torched.

Aarif, a metal-sheet worker who lives in the area, corroborated Shahrookh’s account. “They came from Kavi Nagar, Welcome and Brahmpuri, ” he said.

The Delhi Metro shut the Seelampur station on the Red Line during the day. Metro authorities also did not allow commuters to change trains at Welcome, the next station.

The injured were taken to Jag Pravesh Chandra Hospital and to the nearby GTB (Guru Teg Bahadur) Hospital.