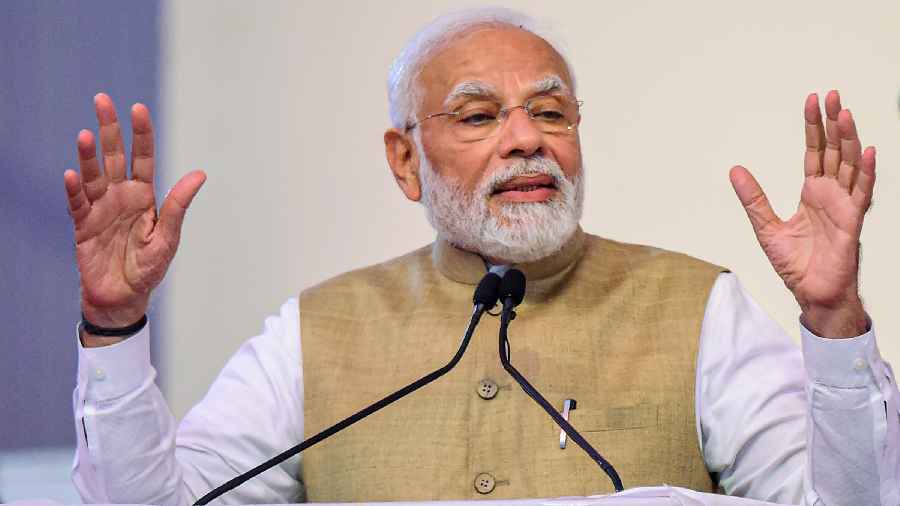 A Supreme Court-appointed committee to probe the security breach during Prime Minister Narendra Modi's visit to Punjab in January has found that the Ferozepur SSP failed to discharge his duty though sufficient force was available.

The committee also told the top court that there should be an oversight committee for periodic revision and update of 'Blue Book' and sensitisation courses for police officers engaged in security of the prime minister.

The Blue Book contains an unambiguous and detailed procedure to be observed by the state authorities and the special protection to ensure full safety and security of the prime minister while he is touring a state.

The five-member panel also told the Supreme Court that there was sufficient time with the SSP after then Punjab ADGP G Nageshwar Rao informed him that the prime minister will be taking the contingency route and that he failed to take action on his instruction.

The top court said it will send the report of the committee headed by former apex court judge Indu Malhotra to the government for appropriate action.

"Ferozepur SSP, Avneet Hans failed to discharge his responsibility to maintain law and order or take steps to deploy forces to secure the route despite knowledge that there were large hostile groups on the route.

"He failed to do this even though sufficient force was available and even though he was informed two hours before that the Prime Minister will enter that route," the bench headed by Chief Justice N V Ramana and also comprising Justices Surya Kant and Hima Kohli said on Thursday while reading from the committee's report.

The committee has also identified some remedial measures to strengthen the safety and security of the prime minister while on tour.

On January 5, Modi's convoy was stranded on a flyover due to a blockade by protesters in Ferozepur after which he returned from Punjab without attending any event, including a rally.

The top court on January 12 had appointed the committee to probe the security breach during Modi's visit to Punjab, saying these questions cannot be left to one -sided enquiries as they needed judicially trained independent mind to effectively deal with them.

Halting the separate inquiries ordered by the Centre and the Punjab government, it had said the security breach has not been seriously disputed by either party and an independent probe was needed as the war of words between the two governments was not a solution and would rather impair the need for a robust mechanism to respond at such a critical juncture.

The panel, rendered assistance by both the governments, was tasked to give suggestions or recommendations for improving the safety and security of other Constitutional functionaries.

The top court's order has come on the plea of an organisation, Lawyers Voice, seeking a thorough investigation into the breach in Modi's security in Punjab to ensure there is no such incident in the future.