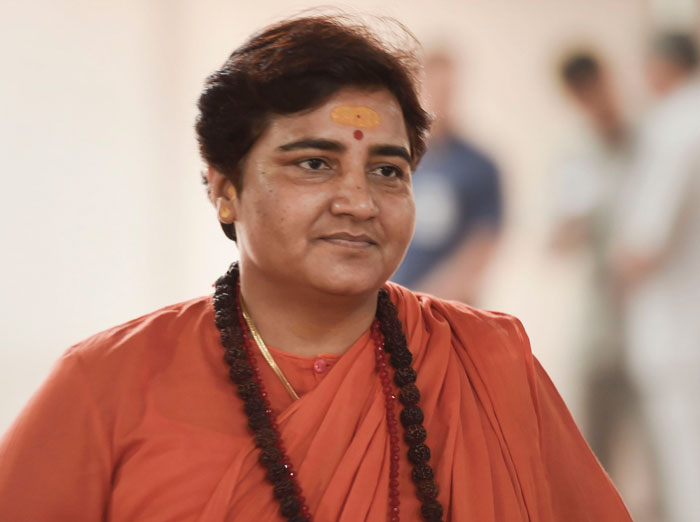 Spicejet spokesperson said the first row is the emergency row seat and is not allocated to passengers on wheelchairs and BJP MP Pragya Thakur had come with her own wheelchair
PTI
PTI   |   New Delhi   |   Published 22.12.19, 08:42 AM

SpiceJet on Sunday clarified that BJP MP Pragya Thakur was asked by the crew on Delhi-Bhopal flight to move to a non-emergency row seat as she was on a wheelchair but she refused, causing the flight to delay.

While some restless passengers requested Thakur to change her seat from emergency row to non-emergency row, a few others requested the crew to offload her as she was refusing to change the seat, according to the airline's spokesperson.

Ultimately, the BJP MP from Bhopal acquiesced and moved to the seat on non-emergency row.

According to a source, the flight got delayed by approximately 45 minutes due to this matter.

The clarification came a day after Thakur complained that the private airline denied her the seat she had booked on the flight. Thakur, an accused in the Malegaon blasts case, had pre-booked seat 1A on SG2489 flight and had come to the Delhi airport in her own wheelchair on Saturday.

When reporters approached her outside the Bhopal airport, she alleged the airline staff 'do not behave properly with passengers'.

'They did not give me the booked seat. I asked them to show the rules. I called the director and lodged a complaint with him,' she had said.

The SpiceJet spokesperson said, 'The Delhi-Bhopal flight is operated by Bombardier Q400 aircraft (78 seater). On this aircraft, the first row is the emergency row seat and is not allocated to passengers on wheelchairs. As the BJP MP had come with her own wheelchair and had not booked through the airline, the staff wasn't aware of this fact that she was a wheelchair passenger.'

'She was requested by the crew to shift to 2 A/B (non-emergency row) due to safety reasons but she refused. The duty manager and other staff also requested her to move to another seat,' the spokesperson said.

She asked for the safety instruction document wherein the exit door policy is mentioned and the same was shown to her to provide clarity, according to the carrier's spokesperson.

'Finally, Hon'ble Smt. Pragya Thakur agreed to change her seat from 1A to 2B and the flight departed. We regret for the inconvenience caused. However, safety of our passengers is paramount at SpiceJet,' the spokesperson added.