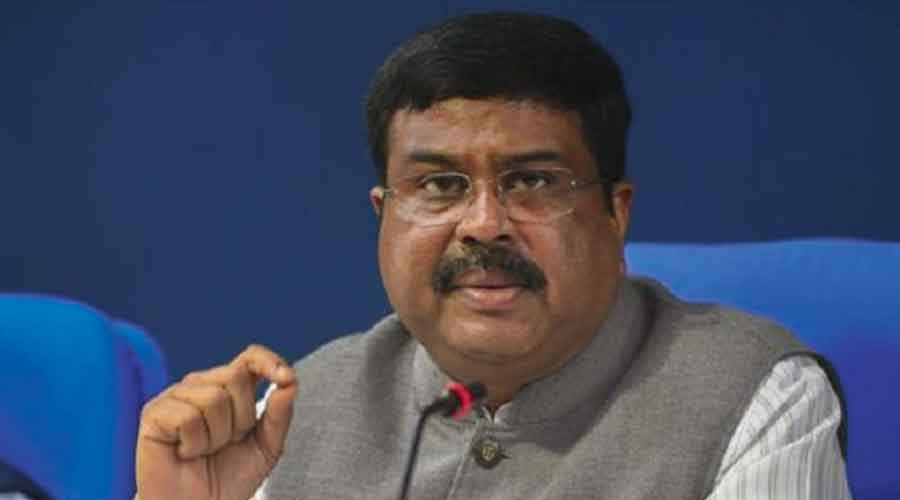 Union Minister Dharmendra Pradhan has accused the Opposition of having "double standards" on the issue of OBC reservation and asserted that there should be no doubt and confusion about the core policy and intention of the Modi government for the welfare of backward communities.

Speaking on a constitutional amendment bill that has restored the states' rights to identify OBCs, he said in Rajya Sabha on Wednesday evening that the Modi government inherited many legacy issues from the previous dispensations and rectified them to boost the rights of communities getting reservation benefits.

In this context, he cited the government's decision to ensure that reserved quota do not lapse in Central Universities like IITs.

In LPG distributorship, the deprived communities were given their due by the Modi dispensation, he added.

Noting that the parliamentary system is supreme, he said it has the right to decide on policies for the country and frame laws for the welfare of the people.

Rajya Sabha passed the Constitution (127th Amendment) Bill, 2021 that seeks to restore the states' power to prepare their own OBC lists. The bill has already been cleared by Lok Sabha and will soon become law following a notification.

The Modi government is trying to give all the castes their rights, said Pradhan, the Union Minister of Education and Minister of Skill Development & Entrepreneurship.

"It is, therefore, unnecessary to doubt our intention," he said.

Some Lok Sabha MPs from the DMK party had recently met him and raised the issue of reservation in higher education institutions such as IITs and central universities for SC, ST and OBCs.

"It was news for me," Pradhan said, adding that he enquired about the matter and found that the provision was there till 1989 that there will be reservation, but it will get lapsed if the vacancy was not filled up.

"... if the desired candidate is not available, the quota will lapse the subsequent year. It was rectified by the prime minister in 2018-19, who ensured the reservation does not get lapsed," he said.

The present government has implemented 27 per cent OBC reservation in NEET medical entrance examination. Besides, it has also implemented reservations for OBCs in Jawahar Navodaya Vidyalaya and Kendriya Vidyalaya.

Pradhan, former Union Minister for Petroleum and Natural Gas also noted that during his tenure, 8 crore LPG connections were allotted based on the SC/ST list.

He also congratulated H S Puri, his successor in the ministry, for granting one crore new connections on Tuesday.

"The BJP government allotted 11,262 LPG distributorships when I was the petroleum minister. In this, it not only gave rights to the scheduled castes and tribes but also gave LPG distributorship to provide employment to 2,852 OBC youth. At that time, no such demand was made from the government," he said.