UP: Police deployed following protest against Pathaan by right-wing group

The new Shah Rukh Khan film was released on Wednesday in 5,000 screens across India 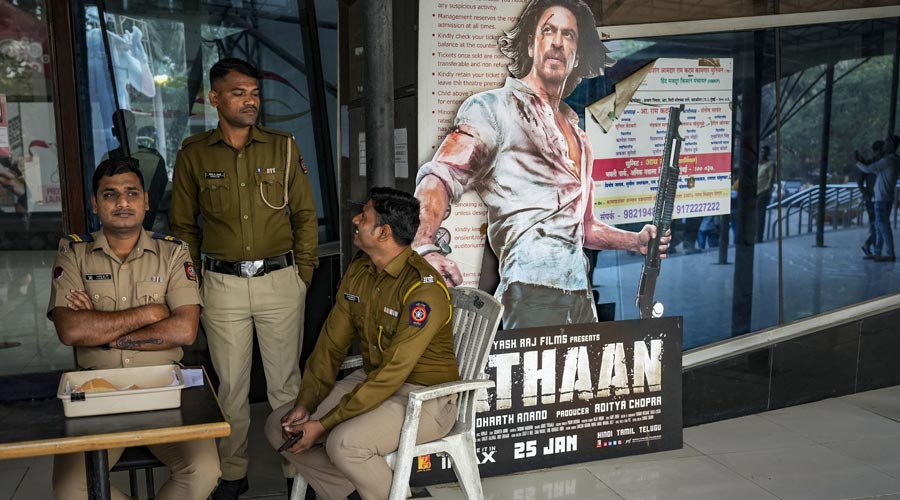 The district administration on Wednesday deployed armed police personnel at a multiplex here, a day after a right-wing group held a protest here warning against screening the Bollywood movie "Pathaan".

The new Shah Rukh Khan film was released on Wednesday in 5,000 screens across India. It had faced calls for a boycott over its song "Besharam Rang".

Hundred of workers of the Rashtriya Hindu Sher Sena, led by its district president Desh Deepak, staged a protest on Tuesday against the screening of the film, alleging that it hurt Hindu sentiments.

Following the protest, the administration had deployed PAC and police personnel in adequate numbers to avoid any untoward incident, police said.

The management of a multiplex here told that all the 10 shows scheduled here are housefull.

Circle Officer (City) Sitapur Rajkumar Rao said protection will be provided to multiplexs and additional force has been deployed because of the protest staged on Tuesday.