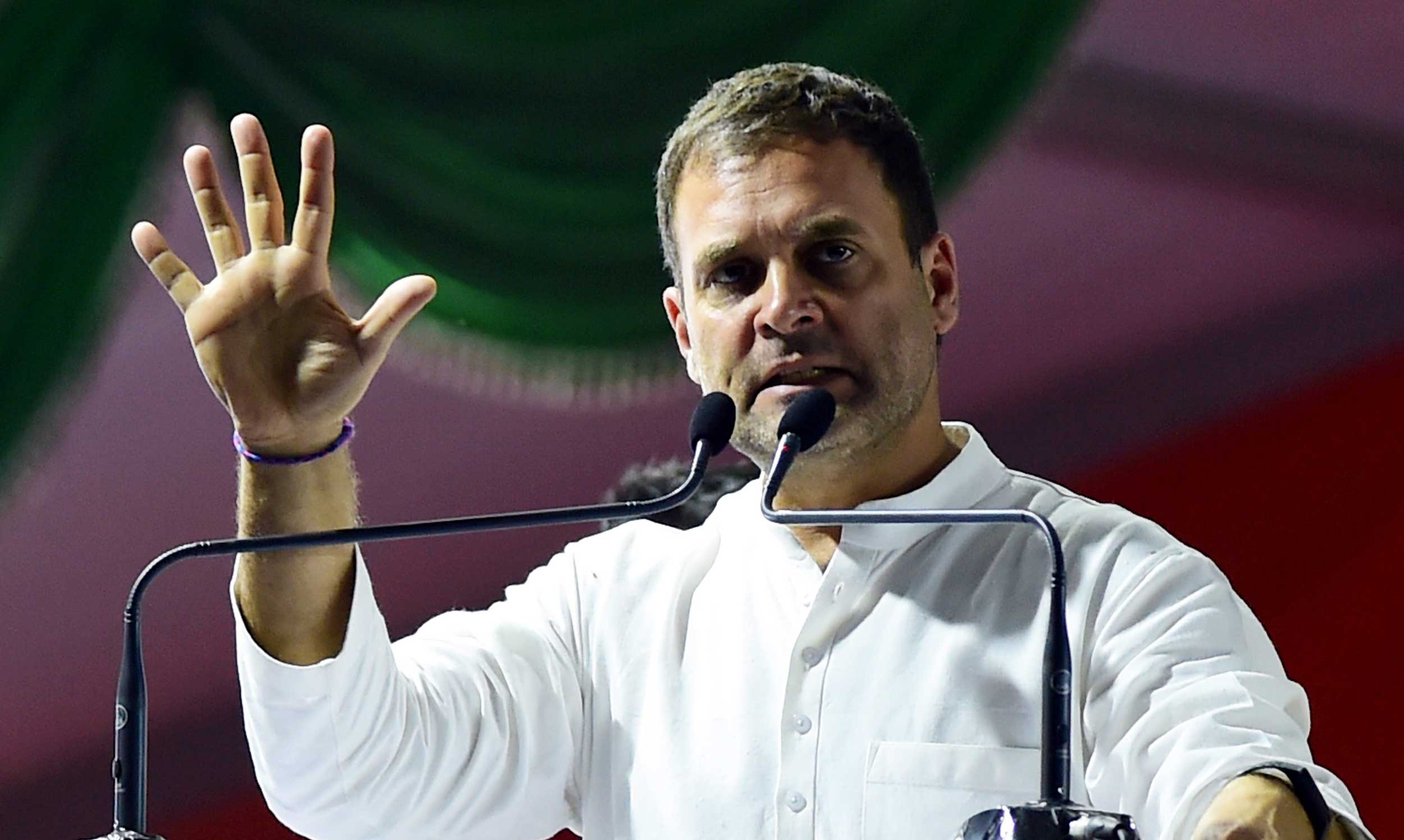 Congress president Rahul Gandhi has alleged that Narendra Modi is more “publicity minister” than Prime Minister and that he is floundering because of his arrogance.

In an interview to PTI, Rahul said the Prime Minister’s behaviour betrayed a “sense of panic” and alleged that he was obsessed with self-promotion.

Asked if he was open to becoming Prime Minister, he evaded the question, repeating that it was for the people to decide. “The people are the masters; I am working for them.”

Rahul castigated Modi for “failing” to deliver on his 2014 poll promises and for presiding over a “failed” economy.

Asked what his last message to the Prime Minister would be before the elections, he said: “Mr Modi’s arrogance and thirst for power, his obsession with self-promotion, even when that promotion is filled with lies — and his false belief that only he has the solution to each one of India’s problems and, consequently, he doesn’t need to consult anyone else — is why he is floundering.”

He listed the “destruction of institutions, increase in hate and bigotry, a palpable increase in anger and violence in society and attacks on the rights of SC/STs” as some of the other issues the electorate would consider.

He reeled off Modi’s “false promises”, such as “depositing Rs 15 lakh in each bank account”, the creation of two crore jobs, building 100 smart cities and the repatriation of black money from abroad.

“In the midst of the gloom created by the BJP, the Congress’s NYAY (a minimum income guarantee scheme) offers a ray of hope, and its incredible scale and transformational potential is going to make it a key issue in this election,” he said.

On the perception that the BJP has gained an edge in the war of narratives after the Pulwama attack, Rahul said the Prime Minister’s Office was pressuring the media through phone calls and threats of using the CBI and the Enforcement Directorate to push a “particular narrative”.

“There are some voices in the media who are fighting this pressure and I commend them,” he claimed.

“But the narrative on the ground is clearly that Narendra Modi has failed at addressing the job crisis; he has failed on the matter of agricultural distress and has damaged India’s economy. That narrative is not going to shift.”