India First, but we will engage with Beijing too, says foreign minister 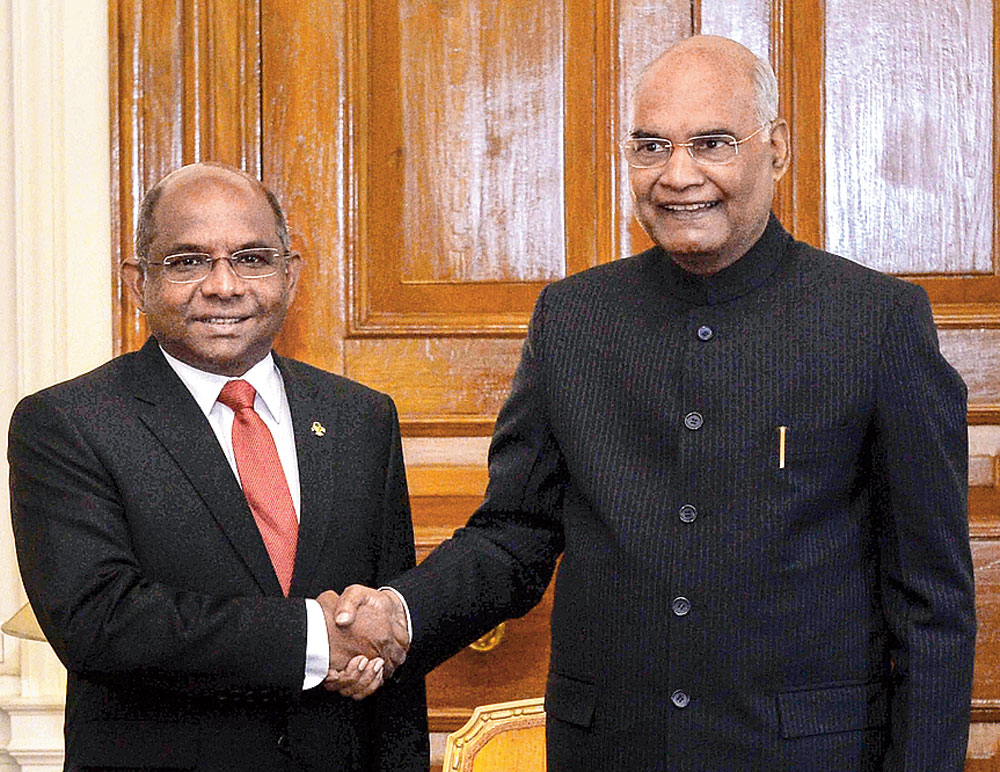 India First? Yes, but visiting Maldives foreign minister Abdulla Shahid on Tuesday made it clear that the government would remain engaged with China.

He maintained that there is space for both New Delhi and Beijing to work in the atoll nation. “(Former) President Yameen tried to play India against China, and China against India. He thought he could become the puppet master. Our government will not play one country against another. We have a strong India First policy but we will work with all countries also,” Shahid told a media conference organised by the Maldives embassy in New Delhi.

Asked specifically whether India would find space in a country where China is now well entrenched, Shahid was candid in his response. “China is a country which has been generous to us, they have assisted us in lot of projects, the country has been benefiting for the last 50 years from the generosity of China.

“It is one of the biggest economies of the world. We can’t shy away from China. That is the reality and we will continue to engage with China. China is a friend.”

On the fate of the free trade agreement (FTA) that the Yameen regime signed with China and forced through the Maldivian parliament, Shahid said: “The new attorney-general is looking at the 1,000-page document and we have decided to talk about it only after a proper review.”

Again, he indicated that the government of President Ibrahim Mohamed Solih did not want to rush into saying something on this particular FTA as it is about a “very friendly country”.

Likewise, neither he nor accompanying finance minister Ibrahim Ameer wanted to be drawn into commenting on the quantum of debt that the Maldives owes China.

“President Yameen’s five years in office was shrouded in secrecy. He objected to sharing any information on debt and government finances to the accounts committee of parliament. We have found that the numbers within the departments/ministries do not tally. We are not commenting on the exact amount of debt that we owe not only to China but other countries also,” Shahid said.

Ameer was optimistic of having the entire data ready by next week and disclosing it.

On their last day in town — this was the first overseas visit of the ministers after taking charge 10 days ago — the delegation met Indian business leaders and invited them to invest in the Maldives.

In particular, the Maldives wants India to help in the diversification of the economy, economic development minister Fayyaz Ismail said. This includes infrastructure development — ports, airports, harbours — besides water and sanitation and the Maldives mainstay, tourism.

While India was Shahid’s first port of call, he heads to the UAE from here and will visit Saudi Arabia, Japan, China and the European Union in coming weeks. The travel schedule signals a shift from the near-isolationist policy followed by the Yameen regime.