Modi would attend the 2nd India-Nordic Summit along with Prime Ministers of Denmark, Iceland, Finland, Sweden and Norway 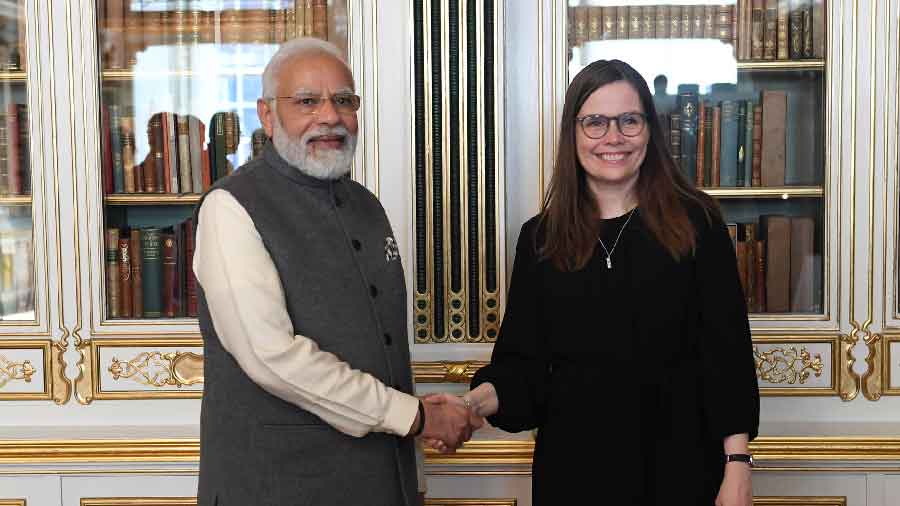 Modi, who arrived here on Tuesday from Berlin on the second leg of his visit to three European nations, met Andersson on the sidelines of the second India-Nordic Summit in the Danish capital.

During the 2018 visit of Prime Minister Modi to Sweden, the two sides adopted a wide-ranging Joint Action Plan.

"Today's agenda includes the India-Nordic Summit and bilateral talks with Nordic leaders after which I will leave for Paris to hold talks with President @EmmanuelMacron," Modi tweeted before starting his engagements for the day.

Briefing the media on Tuesday, Foreign Secretary Vinay Kwatra had said that the India-Nordic summit focuses on the elements of bilateral cooperation which essentially fall into three to four major clusters - trade and investment ties; the digital and innovation partnership; the green partnership; and other areas of economic cooperation.

"Nordic countries are important partners for India in sustainability, renewable energy, digitisation and innovation. The visit will help in expanding our multifaceted cooperation with the Nordic region," Modi had said earlier.