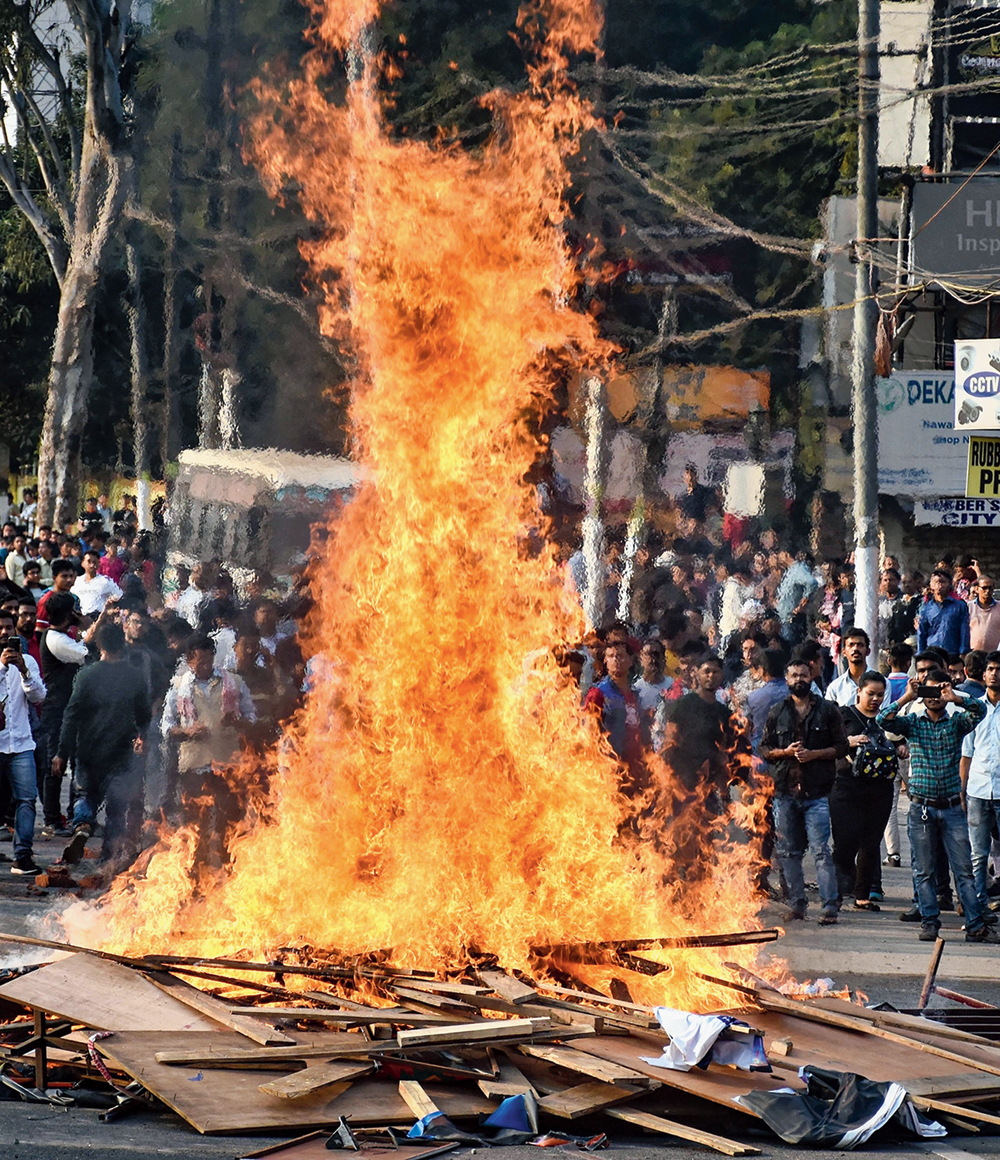 The draft of the Citizenship (Amendment) Bill that was circulated among MPs shows a “discrepancy” that had not been conclusively addressed even after the piece of legislation was passed in the Rajya Sabha.

The statement of objects and reasons attached to the draft mentions “persecution” but the bill itself does not.

It is not clear why the word has been omitted from the main body of the bill although an impression had been generated that the bill is aimed at helping those who had been persecuted in the Muslim-majority Bangladesh, Pakistan and Afghanistan.

The vacuum of explanation has been filled by speculation. One view is that it would be difficult for anyone to prove after all these years that he or she had been persecuted. The cut-off of December 2014 means at least five years have passed since the migrant reached India.

Another theory is whether the omission was intended at accommodating non-Muslims who had been left out of the National Register of Citizens (NRC) in Assam.

Of the 19 lakh left out, as many as 12 lakh are thought to be Hindus. But it is not clear whether the absence of the word “persecution” alone is enough to cover them under the Citizenship Bill.

While applying for the NRC entry, all those omitted would naturally have claimed that they were already citizens of India. They might have been omitted because they were unable to back up the claim.

This raises the question whether they can — now that the Citizenship Bill has been passed — change their original claim and describe themselves as refugees or migrants from any of the three countries. If so, that will amount to the State condoning an incongruity.

The statement of objects and reasons, which is usually examined by a court to understand the aim of a law if the matter is challenged legally, attached with the bill points out that “the constitutions of Pakistan, Afghanistan and Bangladesh provide for a specific state religion”.

Then comes the P-word. “As a result, many persons belonging to Hindu, Sikh, Buddhist, Jain, Parsi and Christian communities have faced persecution on grounds of religion in those countries. Some of them also have fears about such persecution in their day-to-day life where right to practise, profess and propagate their religion has been obstructed and restricted. Many such persons have fled to India to seek shelter and continued to stay in India even if their travel documents have expired or they have incomplete or no documents.”

The amendment text of the bill does not mention the word “persecution”. The amendment says: “Provided that any person belonging to Hindu, Sikh, Buddhist, Jain, Parsi or Christian community from Afghanistan, Bangladesh or Pakistan, who entered into India on or before 31st day of December 2014 and who has been exempted by the central government by or under clause (c) of sub-section (2) of section 3 of the Passport (Entry into India) Act, 1920, or from the application of the provisions of the Foreigners Act, 1946, or any rule or order made thereunder, shall not be treated as illegal migrants for the purpose of this Act.”

The “discrepancy” was pointed out by the Trinamul Congress in the Rajya Sabha on Wednesday.

Before the Rajya Sabha took up the bill for discussion, Trinamul MP Sukhendu Sekhar Roy said the debate should be deferred because the bill had a “flaw”.

“There is no reasonable nexus between the ‘Statement of Objects and Reasons’ and the bill. Therefore, this bill is defective and the debate should be adjourned till such period the bill is rectified,” Roy said.

Sibal also pointed out some of the complications over proving persecution. “If a man came from Bangladesh or from Pakistan to India in 1972 and he has been an illegal migrant from 1972 till date, how will he prove, how will you say that he has been persecuted unless he says that he was persecuted?

“Amongst all the people who have come to India without any legal documentation, has anybody said that they have been persecuted? Do we have a law here which says that you apply and that you are persecuted and you shall be granted citizenship?” Sibal said.

Neither home minister Amit Shah nor law minister Ravi Shankar Prasad, who spoke in Parliament on the bill as it cleared both Houses, referred to such possibilities.