People are being taught a new definition of patriotism: Sonia Gandhi 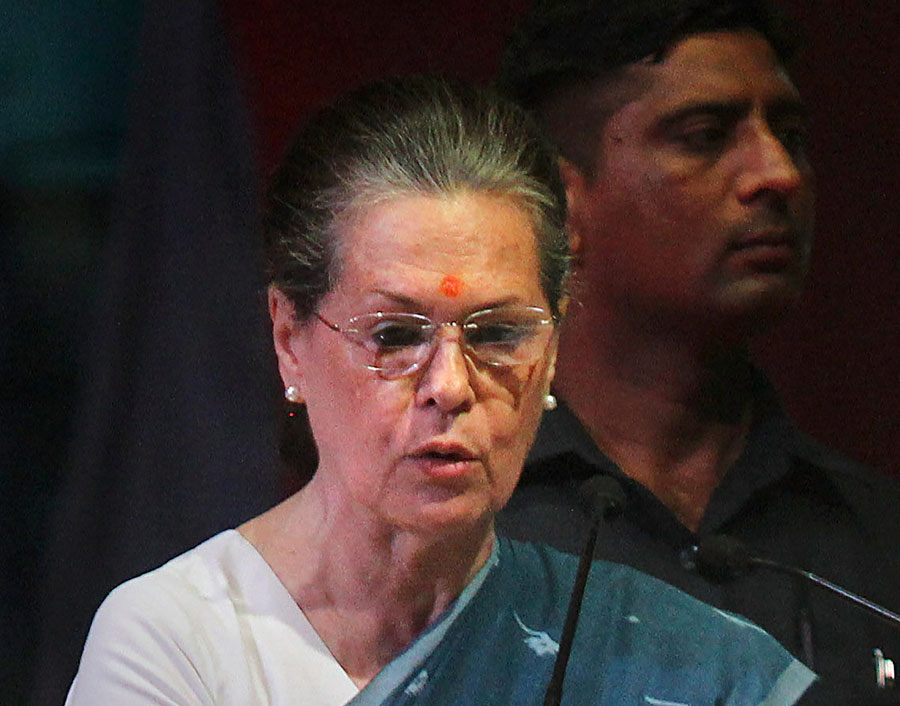 Senior Congress leader Sonia Gandhi on Saturday launched an attack on the Modi government, saying people are being taught a new definition of patriotism while those not accepting diversity are being called patriots.

Speaking at an event here, Sonia alleged the current government was not ready to respect dissent and said when there are attacks on people who stick to their faith, this government turns away.

'Today, we are being taught a new definition of patriotism while those not accepting diversity are being called patriots,' Gandhi said.

She said the country's soul is being crushed in a well-planned conspiracy.

Sonia also alleged that the BJP-led government was not ready to fulfil its duty of enforcing the rule of law in India.

On the Congress's poll promises, Sonia said if the party comes to power, a system will be developed to monitor their implementations.

'I have no doubts about the promises we have made. After our government is formed, a system will be in place to monitor their implementation,' she said.