Authorities of three KV schools say the bill came to about Rs 40,000 per school, which they paid from the Vidyalaya Vikas Nidhi fees 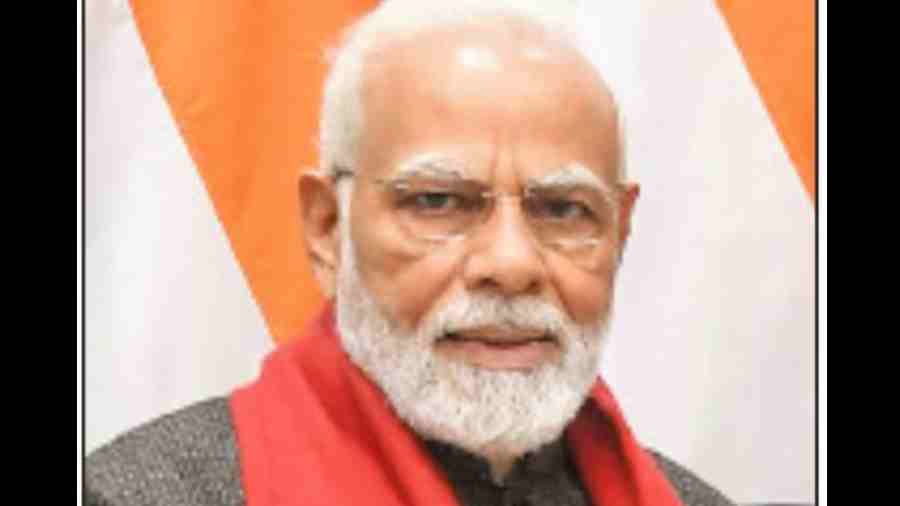 Students of several Kendriya Vidyalayas have had to pay out of their own pocket — or their parents’ pocket — for the privilege of participating in a government-dictated painting competition in the lead-up to the Prime Minister’s Pariksha Pe Charcha event.

On January 9, the Union school education department wrote to Kendriya Vidyalaya Sangathan (KVS) commissioner Nidhi Pandey to have painting contests on the theme of exam stress conducted at 500 select KV schools as a prelude to the January 27 Pariksha Pe Charcha.

The letter, which said the decision had been taken at a meeting chaired by education minister Dharmendra Pradhan, left it to the KVS to fund the painting competitions.

The KVS later wrote to these 500 schools asking them to bear the cost of the crayons, art paper and refreshments themselves. The schools held the competition on Monday between 10am and noon.

Authorities of three KV schools in Delhi told The Telegraph that the bill came to about Rs 40,000 per school, which they paid from the Vidyalaya Vikas Nidhi fees that students pay every month towards the school’s development.

Declining to be identified, the school authorities said they understood that most of the 500 selected schools had funded the painting contest from the VVN fees, which happen to be the KV schools’ sole source of revenue.

This newspaper sent an email to school education secretary Sanjay Kumar seeking his comments why the government didn’t bear the cost of the painting contests but chose to pass the burden indirectly on to the students. His response is awaited.

A KV school principal said: “The VVN fund is mainly meant for development activities at the school, such as minor repairs, sports competitions and annual functions. The students pay the fee every month. We spent from this fund for the painting competition.”

A parent said the government should bear the expenses of programmes it asks schools to organize.

“The Pariksha Pe Charcha is a programme of the Prime Minister. Any event organised as a prelude to the main function at the government’s behest should be funded by the government,” the parent said, seeking anonymity.

The January 9 letter said that 50,000 students should take part in the painting contests across the 500 selected KV schools. Of the 100 students participating at each school, 70 should be from 14 private and state schools in the area, 20 from two local Navodaya schools, and 10 from the organising KV school.

The letter outlined a budget: Rs 300 per child for the crayons, colours and art paper, and Rs 50 for light refreshments per child. With 100 contestants at each school, this came to Rs 35,000.

However, the total bill per school came to about Rs 40,000 taking into account refreshments for the teachers accompanying the children from other schools and the payments to the judges, school authorities said.

The government letter also directed the distribution of the book Exam Warrior —authored by Prime Minister Narendra Modi — to each participant, and books of national importance worth Rs 150 to each of the top five contestants at each KV school. The KVS provided the books to the schools.

Minister Pradhan told reporters that online registration for the Pariksha Pe Charcha had increased from 15.5 lakh in 2022 to 38.8 lakh this year.

The event at the Talkatora Indoor Stadium here on Friday morning, where the Prime Minister will interact with students, will be broadcast on electronic and social media.

Higher education regulator University Grants Commission has written to the vice-chancellors of all the universities and the principals of all the colleges to inform students and teachers about the event and arrange for them to watch the telecast on their campuses. All the schools have been sent a similar advisory.

The institutions have been asked to upload details of the participation by their students and teachers on the appropriate monitoring portals of the government.

Multiple educationists and students said this amounted to an official prod for compliance, and made watching the event practically mandatory.

Asked why the government was forcing institutions to arrange the telecast of the event on their campuses, minister Pradhan said it was just an “advisory”.

“The regulators are issuing advisory only. These days all institutions have the facility for watching on-screen,” Pradhan said.

The institutions will have to bear the cost of the arrangements for mass viewing of the telecast.