Similar concerns echoed for Afghan Hindus and Sikhs, who have been brought to India after reports of attacks on minorities in Afghanistan 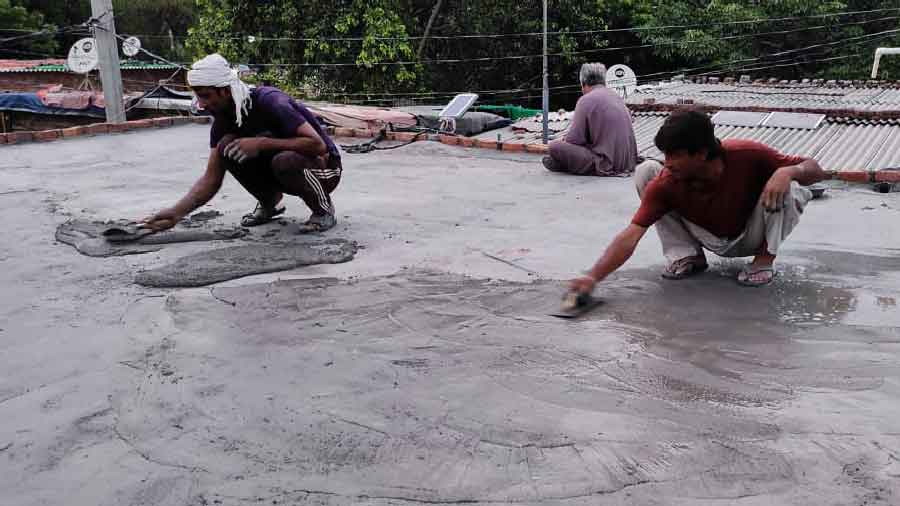 Secluded within a confined zone in Delhi's Majnu-Ka-Tila, Pakistani Hindu refugees who moved to India with hopes of securing their lives have been surviving in tents and semi-kutcha houses with no access to the basic facilities like water and electricity.

Fifty-two-year-old refugee Radha Solanki, who moved to India from Pakistan nine years ago, said their hopes and dreams were shattered after the implementation of Citizenship Amendment Act was put on hold by the Centre.

The Act which seeks to grant Indian nationality to persecuted Non-Muslims from Hindu, Sikh, Jain, Buddhist, Christian and Parsi communities in Bangladesh, Pakistan and Afghanistan was passed by Parliament but could not be implemented as the rules have not been framed yet.

"We haven't received any help, not even water and electricity. We feel betrayed. We have no compassion left in us anymore, because nobody has shown compassion to us here. Only a caged bird can feel the pain of being caged," Solanki told PTI.

Narrating her ordeal, Solanki said their financial situation after the coronavirus pandemic deteriorated to a point that her children had to opt out from school as they couldn't afford digital classes.

"The situation worsened during the coronavirus pandemic to a point that we had to halt our children's education when nation-wide lockdown was imposed. It is only my husband who uses a mobile phone in our entire family, how could we afford digital classes for the kids?" Solanki asked.

Thirty-year-old Ganga, whose husband runs a mobile cover shop and is the lone earner of the family, said all their appeal for help fell on deaf ears.

"We don't want anyone to provide us with financial aid but at least they can provide us with citizenship and jobs. We have appealed for help several times but received no help or response," Ganga said.

In May, 2022, addressing a public rally in West Bengal, Home Minister Amit Shah had said the Citizenship Amendment law would be implemented once the Covid pandemic ends.

Speaking about the issue of citizenship of refugees, human rights activist Kavita Krishnan said the Citizenship Amendment law isn't required to grant a citizen's status to the refugees.

"The refugees can be offered citizenship even without implementing CAA. So why is the government not doing it? I will reiterate that the refugees should be at least provided with basic amenities and refugee status because they deserve that, Krishnan told PTI.

The Indian World Forum echoed similar concerns for the Afghan Hindus and Sikhs, who have been brought to India after reports of attacks on minorities in Afghanistan in the last one year.

"The Indian origin people migrated in the last one decade, haven't got citizenship yet. Afghan Hindus and Sikhs are being facilitated and brought to India, but where will they go without citizenship?

"They don't have a future in this country and will ultimately have to move out in the near future, President of Indian World Forum, Puneet Chandhok told PTI.