Over 800 Covid cases in Delhi for first time this year 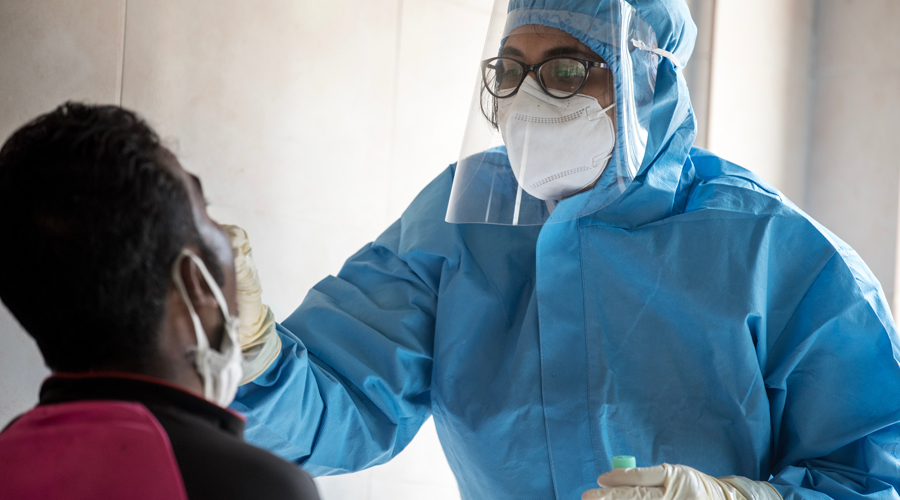 Delhi reported over 800 Covid-19 cases for the first time this year on Saturday as the positivity rate breached the 1 per cent-mark after over two months, while two more fatalities pushed the death toll to 10,955, as per data shared by the health department.

The number of active cases rose to 3,409 from 3,165 a day ago, according to the latest health bulletin.

On Friday, the city had recorded 716 cases while the count on Thursday was 607 and 536 on Wednesday.

The two new fatalities took the toll to 10,955, while the positivity rate rose to 1.07 per cent from 0.93 per cent on Friday, the bulletin said.

Delhi had recorded 425 cases on Tuesday. The cases have been steadily rising over the last few days. The positivity rate had been hovering below the 1 per cent-mark for over two months.

Health experts and doctors have attributed this sudden rise in COVID-19 cases to people turning complacent, not following COVID-19 appropriate behaviour and assuming all is well now.

The numbers had started to come down in February. On February 26, the month's highest daily count of 256 cases was recorded.

Asserting that the recent rise in COVID-19 cases in the national capital was not a cause for worry, Chief Minister Arvind Kejriwal had said Thursday the city government had directed officials for stricter tracking, tracing and isolation of cases.