Advertisement
Home / India / Out of JNU hostel, into corona cauldron

Out of JNU hostel, into corona cauldron 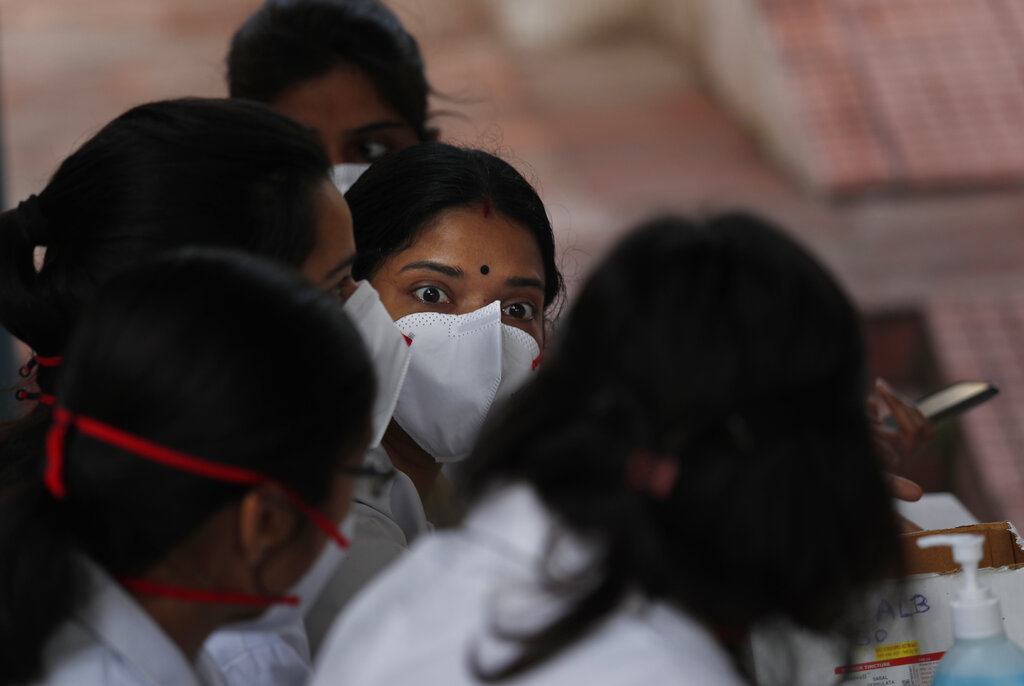 A PhD scholar of social medicine and community health at JNU instantly foresaw the danger as he read the university circular of March 16.

It advised all students, on behalf of the JNU administration, to return home citing the coronavirus outbreak.

The Delhi government had closed education institutions on March 12 but issued no order to shut down the hostels. But JNU, Delhi University, IIT Delhi and the Jamia Millia Islamia asked their students to vacate their hostels despite opposition from student groups, who couldn’t stage physical protests because of the social distancing norms in force.

“The prevalence of the coronavirus outbreak was mainly in urban areas, transmitted through people who had come from countries where the virus had spread. Most JNU students are from rural areas, and to send them home was to risk spreading the disease to the villages,” the PhD scholar, who asked not to be named, told The Telegraph.

“Even the cities’ healthcare systems were unable to cope with the initial spread of the virus. In the rural areas, with fewer and less equipped health facilities, this could lead to a catastrophe.”

While the January 16 JNU circular “strongly advised” the students to leave their hostels, the one that followed on March 19 said they were “required to vacate” and that the hostel messes would not function from March 22. An exception was made only for international students.

“I wouldn’t have left but this circular put me in a spot. I simply cannot afford to eat out every day, but nor could I afford a flight ticket back home,” the PhD scholar, who is from a village in Kerala’s Malappuram district, said.

He eventually borrowed money from friends and bought an Air India ticket for the March 22 flight to Kannur via Kozhikode, where he got off.

“There were at least five JNU students and one alumnus I know on the flight. On March 25, I saw messages on social media that a passenger from the flight had been detected with the coronavirus, and all the student’s co-passengers should get themselves tested,” he told this newspaper over the phone from his home.

“I called up the Disha helpline (Kerala’s free tele-health advice phone number). They asked my symptoms. I have none. I was asked not to go directly to a hospital if I developed symptoms but to call them first — so that I didn’t infect others in the hospital. I have been asked to quarantine myself for two weeks. My worst fears have come true. We are potential carriers of the disease to Kerala’s villages.”

He said that all the passengers on that flight are now home-quarantined.

So far, no one from the JNU campus has tested positive for the virus — at least as long as they were on the campus. So, the PhD scholar suggested, JNU could have been turned into a safe haven simply by quarantining it — as the nationwide lockdown has now done.

JNU students’ union president Aishe Ghosh, a vocal opponent of the move to vacate the hostels, said the students who had stayed back nevertheless had by constantly badgering the administration got a few messes reopened for them.

This happened on March 22 — the day the PhD student left in the morning and a day after Union HRD minister Ramesh Pokhriyal asked universities not to force students to leave.

“Some students refused to return home specifically because they did not want to infect their old parents, who are more vulnerable,” she said.

“Not just JNU, other institutions are also guilty of directly risking the lives of the students. A student from IIT Bombay who had to fly back to Calcutta is under home quarantine because someone in the flight tested positive.”

She added: “JNU students from Uttar Pradesh and Bihar were forced to squeeze themselves into unreserved train coaches as no tickets were available. The virus is easily transmitted in a jam-packed compartment.”

Ghosh said that by the time the university came out with a fresh circular on Sunday, allowing limited mess facilities, “panic had spread and people had left”.

These two fellowships make up a small fraction of the scholarships that many JNU students are entitled to.