They believe the govt had overreached itself with its bulldozing tactics, demonstrated on both Article 370 and the CAA 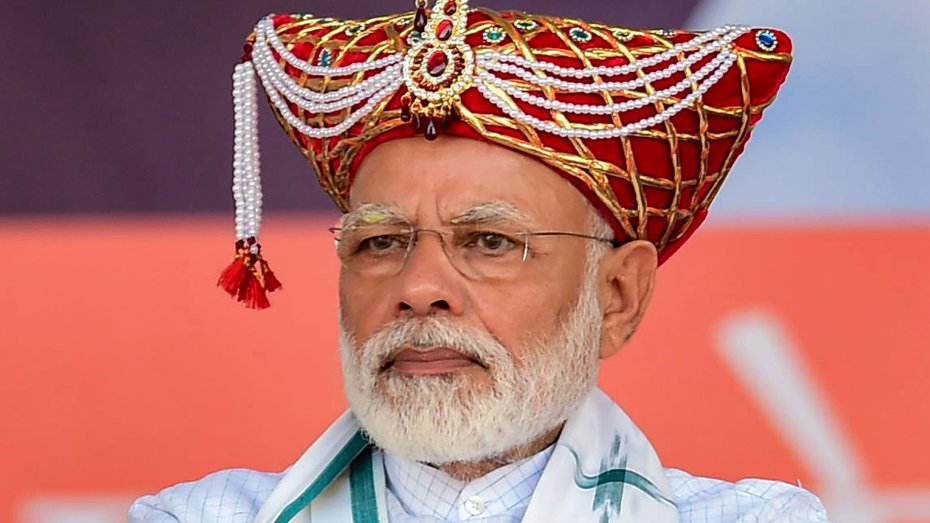 Most Opposition leaders who had openly argued in the run-up to the 2019 parliamentary elections that a second term for Modi would mean the death of democracy are suddenly brimming with confidence because of the people’s uprising on the fundamental question of constitutionalism.
PTI
Sanjay K. Jha   |   New Delhi   |   Published 31.12.19, 09:03 PM

The Congress and other Opposition parties believe the Narendra Modi government has hurtled towards a grave crisis too early in its second term, laying the ground for stiff resistance in the rest of its term.

Most Opposition leaders who had openly argued in the run-up to the 2019 parliamentary elections that a second term for Modi would mean the death of democracy are suddenly brimming with confidence because of the people’s uprising on the fundamental question of constitutionalism.

They believe the government had overreached itself with its bulldozing tactics, demonstrated on both Article 370 in Kashmir and the Citizenship (Amendment) Act.

As the new year begins, the Opposition sees a serious dent in the credibility as well as in the perception of Modi’s invincibility despite the bigger mandate he got barely six months ago.

“When people rise in unison, no ruler, howsoever powerful, can escape unscathed,” Congress communications chief Randeep Surjewala told The Telegraph, arguing that the opposition to Modi had already acquired much greater dimensions than merely political. “No ruler can withstand the cumulative strength of the masses. Modi will learn this message soon.”

Although there is fear among Opposition leaders that the national discourse dominated by the citizenship issue would ultimately help the RSS-BJP’s politics of polarisation, the dominant view is that concerns over constitutionalism were not born out of just one issue and that suppressed emotions had erupted against the overall project of changing India using coercive steps.

They feel the concerns are related to the decay of institutions, mismanagement of a thriving economy, manipulation of data and the politics of vendetta.

Asked about the worries among a section of the Opposition, which would prefer to corner the government on basic issues like jobs and farm distress as issues like the CAA and the National Register of Citizens would only divert people’s attention and widen the Hindu-Muslim chasm, Surjewala said: “What the Modi-(Amit) Shah duo have done now is entirely different from the normal politics of polarisation. People have seen these moves as an attack on the Constitution and India’s democracy by a despotic ruler. When people have risen in protest, they haven’t forgotten the farm distress, the economic mess, the job crisis.”

Surjewala explained: “This uprising is also the politics of polarisation. When students and the civil society have come out on the streets screaming attack on the Constitution, they are also rejecting the divisive politics of hatred. It is a virtual revolt by the people against regressive politics. The social strife is not restricted to the draft of legislation; it is about what kind of India we want. Modi has pushed India to the brink of economic and social recession. There are a million mutinies happening across the country.”

Manoj Jha, Rajya Sabha member from the RJD, stressed that the people’s uprising had indeed enriched India’s democracy and the Opposition parties had been pleasantly surprised by the failure of desperate attempts to turn the citizenship issue into a Hindu-Muslim conflict.

“Look at the composition of the crowd that is protesting — I was in Aurangabad where four lakh people came. Barely 20,000 would have been Muslims. Which section is not distressed — students, traders, job-seekers, farmers, industrialists… are all of them Muslims? Social media is a good indicator — see who is protesting against the CAA-NRC there.”

Jha, a professor at Delhi University, added: “Every aspect of political and social life have been touched by the recent events. People have consciously avoided Hindu-Muslim discourse and kept it as anti-Constitution. We didn’t realise our youth are so conscious that they will rise to protect constitutional values. The protests demonstrate that the democratic spirit cannot be crushed in India. The Constitution has now become the common minimum programme, of the people and the political parties.”

While many parties have avoided getting directly involved in the movement, the Congress, Trinamul Congress, RJD, NCP, the Left and the DMK have forcefully articulated their concerns and extended solidarity with the protesters.

Chief ministers like Mamata Banerjee, Kamal Nath (Madhya Pradesh), Ashok Gehlot (Rajasthan), Bhupesh Baghel (Chhattisgarh) and Pinarayi Vijayan (Kerala) have led public rallies to express opposition to the CAA-NRC project, while around a dozen states have publicly stated that they will not implement the NRC in its current form. Protests have been crushed with brute force in Uttar Pradesh, but hundreds of rallies and demonstrations have taken place all over the country — from Bangalore to Mumbai, and Delhi to Hyderabad.

Even smaller towns have reported massive demonstrations, which have continued for more than 15 days now. Opposition leaders feel this will not die down as resistance by states and the people to the actual process of enumeration will intensify conflicts in the coming months.

While regional parties like the Biju Janata Dal, Samajwadi Party, Bahujan Samaj Party, Telugu Desam Party and the Telangana Rashtra Samiti have avoided joining the protests, Left parties have already announced a week-long agitation plan in the New Year, culminating in a national strike on January 8.

The Congress hasn’t announced its future action plan but leaders say they are working out schedules for rallies in states.

Even students haven’t given up and have already demonstrated for around 20 days now, the longest stretch of protest on one issue in recent times.