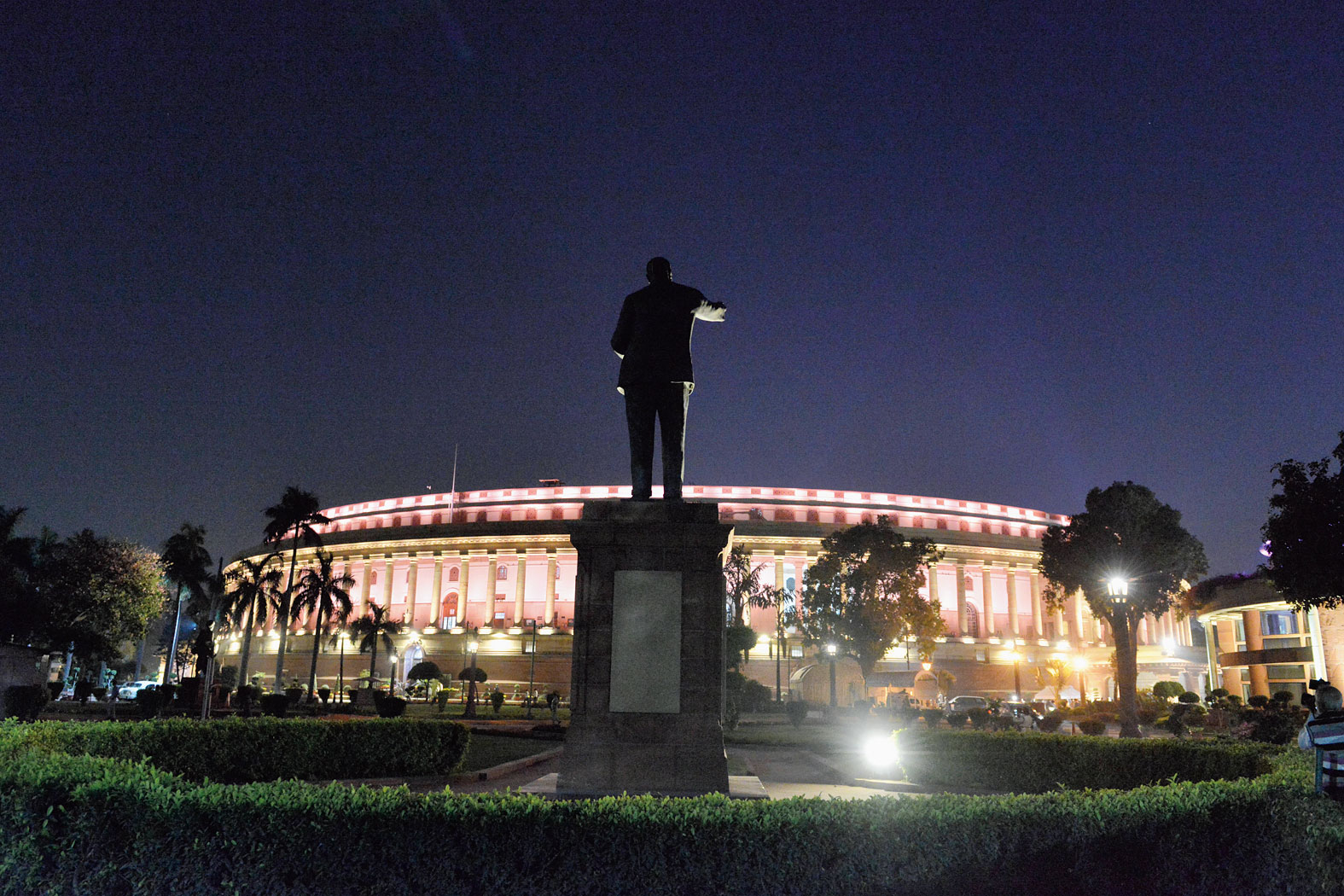 The government will face scorching heat in the winter session of Parliament, beginning on Monday, as the Opposition believes that the economic slowdown that has caused immense misery to people is the result of wrong priorities and mismanagement.

While the economic slowdown is doubtless going to be the main issue, the continuing agrarian distress, rising unemployment, crisis in the banking sector, data manipulation and the politics of vendetta are going to feature too.

The Congress on Saturday decided to hold a public meeting, the Bharat Bachao rally, on Delhi’s Ramlila grounds on November 30 to highlight these issues.

At an all-party meeting called by Lok Sabha Speaker Om Birla on Saturday evening, Opposition leaders made it clear that the pressing issues needed to be discussed this time as the last session had largely been taken up by legislative business.

They mentioned issues such as the economic slowdown, unemployment, data credibility, pollution, banking sector crisis and the farm distress. Prime Minister Narendra Modi assured the Opposition that its concerns would be accommodated.

The Opposition, which has received a booster in the Lok Sabha in the form of the Shiv Sena’s 18 MPs — a boisterous lot that can make a huge difference — also feels that the honeymoon period of Modi’s second term is over and the people are ready to assess the government on the basis of performance.

Senior Opposition leaders believe that the Haryana and Maharashtra elections represent a turning of the tide, and view this as an invitation to the Opposition to fight on issues.

The Shiv Sena refused to attend the customary pre-session NDA meeting, signalling a final break-up with the BJP.

Sena spokesperson Sanjay Raut said: “Balasaheb Thackeray, Parkash Singh Badal, Atal Bihari Vajpayee… formed the NDA. None of them are there any more. George Fernandes used to be its convenor. Who is the convenor now? The situation has completely changed.”

The Sena also accused the BJP of trying to poach its MLAs, reflecting the growing bitterness between the parties. Even the seating arrangements in Parliament are being changed, with the Sena being shifted to the Opposition benches.

After a meeting of Congress office-bearers and state leaders on Saturday morning, general secretary K.C. Venugopal said: “We are already holding demonstrations across the country, which will continue till November 25. Then there will be a Bharat Bachao rally on November 30 to highlight the problems of the people.

“Apart from the economic slowdown known to everybody, the attempt to suppress NSO data on declining consumption is shocking. There could be a starvation-like situation in many parts of the country. All because of bad policies.”

The Congress communications chief, Randeep Surjewala, said: “The government has dragged the country towards ruin. The economy is in bad shape, industries are facing closure, youths are not getting jobs, farmers are in acute distress.”

He said the National Statistical Organisation’s data, which show that consumption has decreased for the first time in 40 years, point to an “acute rural distress”.

Venugopal said the most disconcerting part was that the government was trying to hide the reality instead of taking effective steps.