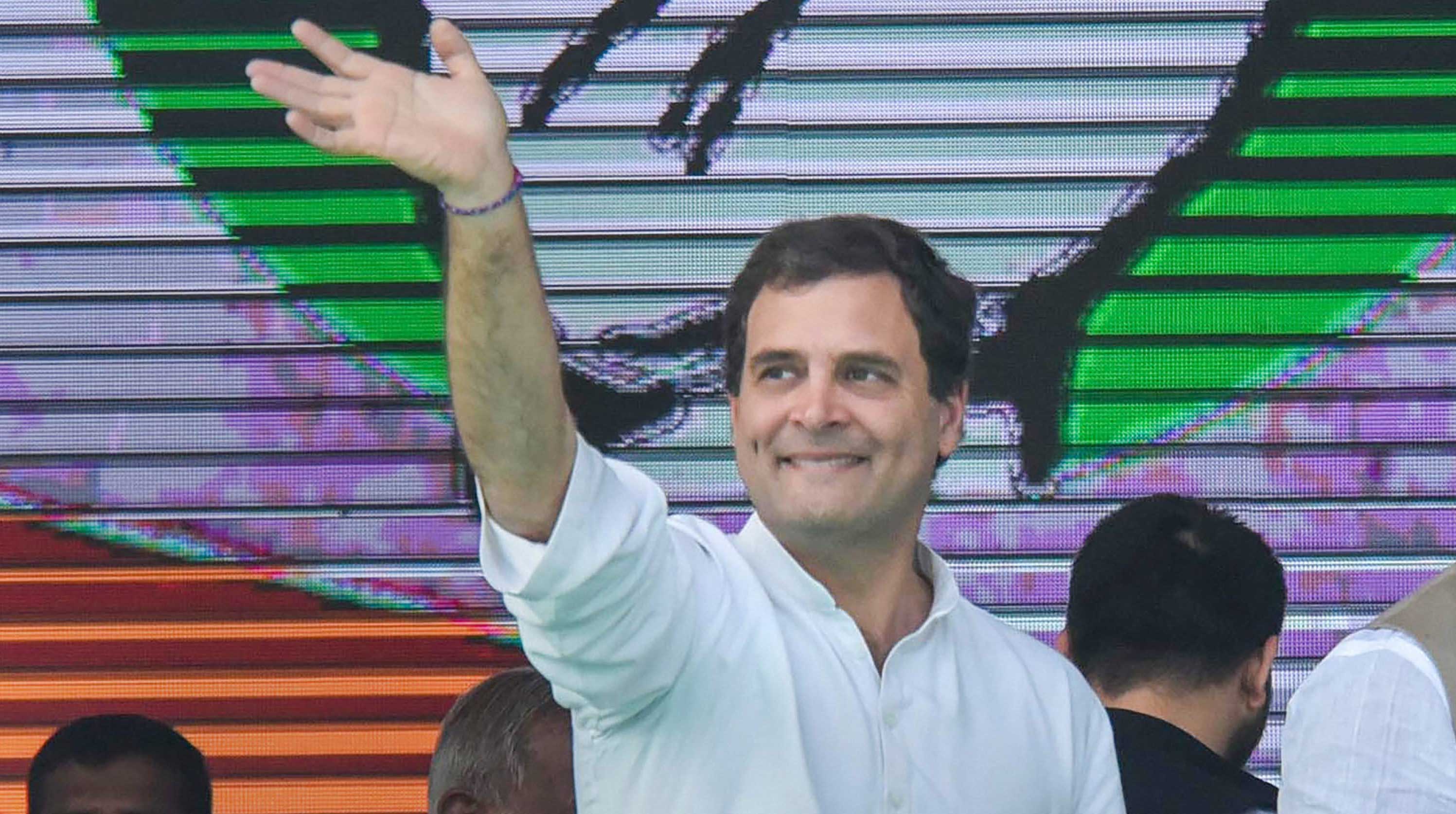 The Opposition parties are preparing a blueprint to solve the agrarian and job crises that will be circulated among voters before the 2019 parliamentary elections.

Sources said Congress president Rahul Gandhi made this suggestion at a meeting of Opposition leaders, insisting that a comprehensive proposal to introduce structural changes to tackle the farm crisis and rising unemployment was required. He felt that some leaders can prepare a report in consultation with domain experts and reflect on the solutions collectively or in their different ways.

A senior Opposition leader told The Telegraph on condition of anonymity: “The unique feature of this election is that there is a unity of purpose among Opposition parties even as a common platform hasn’t taken shape as yet and a grand coalition is very unlikely. Even those parties that will fight each other in states are working together at the national level on the common objective of defeating the BJP.”

This leader added: “When Rahulji suggested that the focus of the Opposition must be on unemployment and farmers and that every senior leader should ceaselessly keep talking about it, every leader agreed. Work has started and many experts have been consulted for creative ideas on both these challenges. The other common cause will be electronic voting machines (EVMs).”

The Opposition parties are jointly approaching the Election Commission on Monday evening with their demand to return to ballot papers. Although there is a genuine ground of paucity of time for the rejection of such a demand, the parties have agreed to settle for counting of 50 per cent VVPAT slips in every constituency. If the commission doesn’t agree, a joint petition in the Supreme Court is also on the cards.

At the meeting of the Opposition parties on the question of EVMs at the Constitution Club on Friday, while everybody was convinced there was some scope for manipulation, Rahul argued that even suspicion in the minds of the people was dangerous for democracy and every effort should be made to restore people’s faith. Rahul stressed that the issue had not been tackled satisfactorily and the suspicions had deepened over the past five years.

The most strident on EVMs was Andhra Pradesh chief minister N. Chandrababu Naidu, who forcefully pleaded for a nationwide campaign to create pressure on the Election Commission and the Supreme Court for putting in place adequate safeguards against rigging. A leader quoted Naidu as having repeatedly said: “The kind of regime we have at the Centre cannot be trusted, they can do anything to win elections.”

Even in the Congress, there are some leaders who express disgust at the mild Opposition campaign on EVMs although the subject has been debated seriously over the past two years. They are of the opinion that the EVM issue should get the greatest priority in the next 15 days and the Opposition parties should jointly force a public shutdown to draw the attention of the institutions and the people on the gravity of the problem.

Rahul believes that enough had not been done on this issue. Even on the evening when the Assembly election results for Madhya Pradesh, Rajasthan and Chhattisgarh were announced, Rahul had said despite the Congress’s victory that the EVM issue was alive.

But the conservative lot in the Congress prevailed, arguing that a wider public campaign on alleged EVM manipulation would shake people’s faith in democracy and the efforts should be restricting to pressuring the poll panel and the courts.

The Congress will join the Opposition delegation to the Election Commission on Monday, but the nationwide public protests the party has announced is for a different issue, the perverse celebration of Nathuram Godse on the death anniversary of Mahatma Gandhi on January 30. A handful of people belonging to the fringe outfit Akhil Bharat Hindu Mahasabha had staged a mock murder of Gandhi and burnt his effigy shouting “Mahatma Godse zindabad”.

The Congress general secretary in charge of organisation, K.C. Venugopal, has written to every state unit asking them to organise protests against the “provocative and reprehensible actions that happened in BJP-ruled states, with candid and clandestine support of the ruling party”.

Venugopal’s letter added: “This reveals the deep hatred still carried by the Right wing groups against the Father of the Nation and his ideas of secularism, brotherhood and non-violence.”

Not a vote-on-account, but an account for votes, says Congress