Advertisement
Home / India / Not a vote-on-account, but an account for votes, says Congress

Not a vote-on-account, but an account for votes, says Congress

Party chief Rahul Gandhi hits out at ‘insult’ to farmers 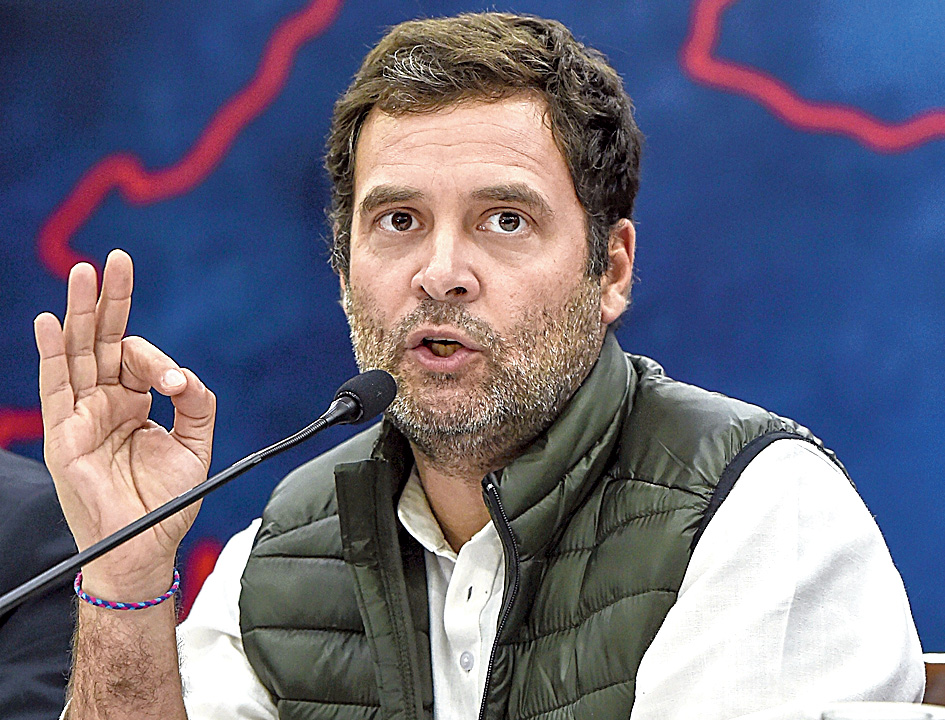 The Congress leadership on Friday said the “last-gasp” announcements in the interim budget showed that the government was desperate after failing to deliver in the mandated period and hoped that people would see through the latest attempt to fool them.

Party veteran P. Chidambaram said a government confident of returning to power wouldn’t betray such desperation by recklessly violating the Constitution, which allows only five budgets in a full tenure.

“It was not a vote-on-account but an account for votes,” the former finance minister said.

The leadership appeared confident that the so-called game-changer would fail to turn the tide.

The budgetary proposal of Rs 6,000 a year for every small and marginal farmer has fallen short of the Congress’s expectations.

Senior leaders said this was insignificant, more so when compared with the minimum income guarantee scheme that Rahul Gandhi had on Monday said the Congress had made up its mind to introduce if it wrested power at the Centre in the upcoming elections.

The scheme, which seeks to create a support system for the poor, covers the entire population.

Rahul pointed to the inadequacy of the Narendra Modi government’s plan, tweeting: “Dear NoMo, five years of your incompetence and arrogance has destroyed the lives of our farmers. Giving them Rs 17 a day is an insult to everything they stand and work for.”

Chidambaram too hinted at the proposal’s limited scope. “While I welcome the support to farmers, I ask what about the non-farmer poor? What about the urban poor?” he said.

“Rs 6,000 per year is Rs 17 a day to a farmer family. If he has five members in the family, it will be Rs 3.50 per member. So Modi has given half a cup of tea to them after destroying their lives. Don’t compare this half-a-cup tea scheme with our minimum income guarantee (MIG). The MIG is the most comprehensive scheme to reduce poverty in the country. We will do it when the new government comes within a 100 days and we will demonstrate it to the world how it is done,” he told a media conference.

“The new scheme is intended to help the farmer, but in reality it will also help the absentee landlord. I would like to ask how the government will reach the money to the tenant-farmer and farm labourer who actually tills the land.”

He alleged that the numbers for the current year and the estimate of fiscal deficit for 2019-20 both pointed to incompetent fiscal management and a disdain for prudence.

Chidambaram was cautious on the tax relief for individuals. “The direct tax concessions were beyond the authority of the government that will lay down office in 100 days. They seem to have been added at the last hour after the budget numbers were finalised. We will study them carefully in order to find out if they are in accord with the projections of revenue from income tax. The Congress will have a better-designed tax architecture with a completely reformed direct tax code. This government didn’t look at the direct tax code for five years.”

On the pension scheme for workers in the unorganised sector, he wondered what the government had been doing so long.

“It is contributory and a pension scheme for 10 crore unorganised workers that promises Rs 3,000 per month on their attaining the age of 60 years will require a huge amount but a paltry sum of Rs 500 crore has been allocated,” Chidambaram said.

“The question that naturally springs to one’s mind is if these were important and necessary interventions, what was the government doing for five years?”