Nyay will ensure a basic level of dignity and respect for every Indian family, says Manmohan Singh 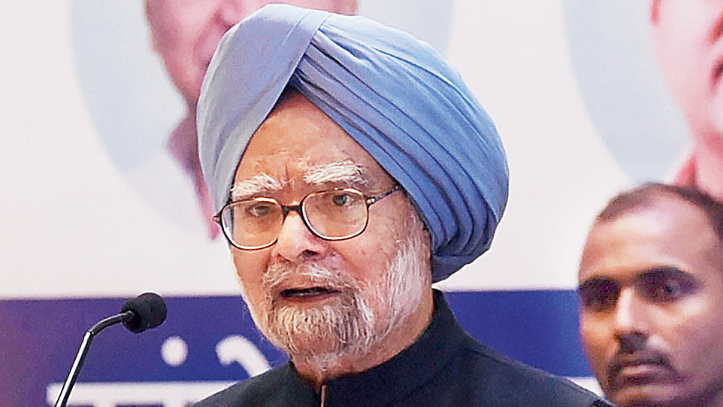 Former Prime Minister Manmohan Singh on Saturday dismissed fears about the viability and funding of the Congress’s promised minimum income guarantee scheme, the Nyuntam Aay Yojana or Nyay, particularly the idea that it cannot be implemented without excessive taxation.

“Nyay will cost between 1.2 per cent (and) 1.5 per cent of (the) GDP at its peak. Our nearly $3-trillion economy has the fiscal capacity to absorb this expenditure,” he said in a statement.

“There will be no need for any new taxes on the middle class to finance the scheme. The economic stimulus that Nyay will provide will further help in fiscal discipline.”

Singh added: “Nyay will ensure a basic level of dignity and respect for every Indian family. By providing direct income support, Nyay will empower our poor with economic freedom and choice.

“With Nyay, India will usher in an era of a minimum income guarantee and help create a new social contract for a new welfare state. Nyay will also help restart our economic engine that has come to a stop today.”

Although the Congress and Rahul Gandhi have repeatedly said they do not plan to tax the middle class further, the fears about Nyay have persisted with the BJP and its government fuelling speculation about its viability and funding.

While Prime Minister Narendra Modi has made fun of the scheme, wondering whether Nyay was conceived “to dilute the injustice of the last six decades”, finance minister Arun Jaitley has dismissed it as a bluff.

But Singh, a noted economist, said: “Money in the hands of the needy will stimulate demand in the economy which can then lead to increased economic activity and job creation, referred to as the Keynesian effect by economists.

“At a time when private investment and industrial production are low, Nyay can help bring our economy back to life and create new factories and jobs. The Congress party is also committed to fiscal discipline.”

Singh stressed that Nyay had been conceptualised after much thought and consultations with experts.

“Just as we brought in a new paradigm for India’s development with the de-licensing regime in 1991, a rights-based approach to governance including the right to work under MGNREGA (the rural job guarantee scheme), I am confident a Congress-led government in 2019 will implement Nyay successfully and usher in a new model for social justice and prudent economics,” he said.

“It is my sincere belief that Nyay has the potential to catapult India into the club of ‘poverty-free’ nations in the world.”

The Congress says each of the poorest 20 per cent Indian families will receive an annual income support of Rs 72,000 under Nyay.

“Nearly 70 per cent of Indians were poor when India attained independence from the British in 1947,” Singh said.

“With sound policies adopted by successive governments over the last seven decades, poverty levels have been brought down from 70 per cent to 20 per cent now. It is time now to renew our pledge to wipe out the last remains of poverty.”