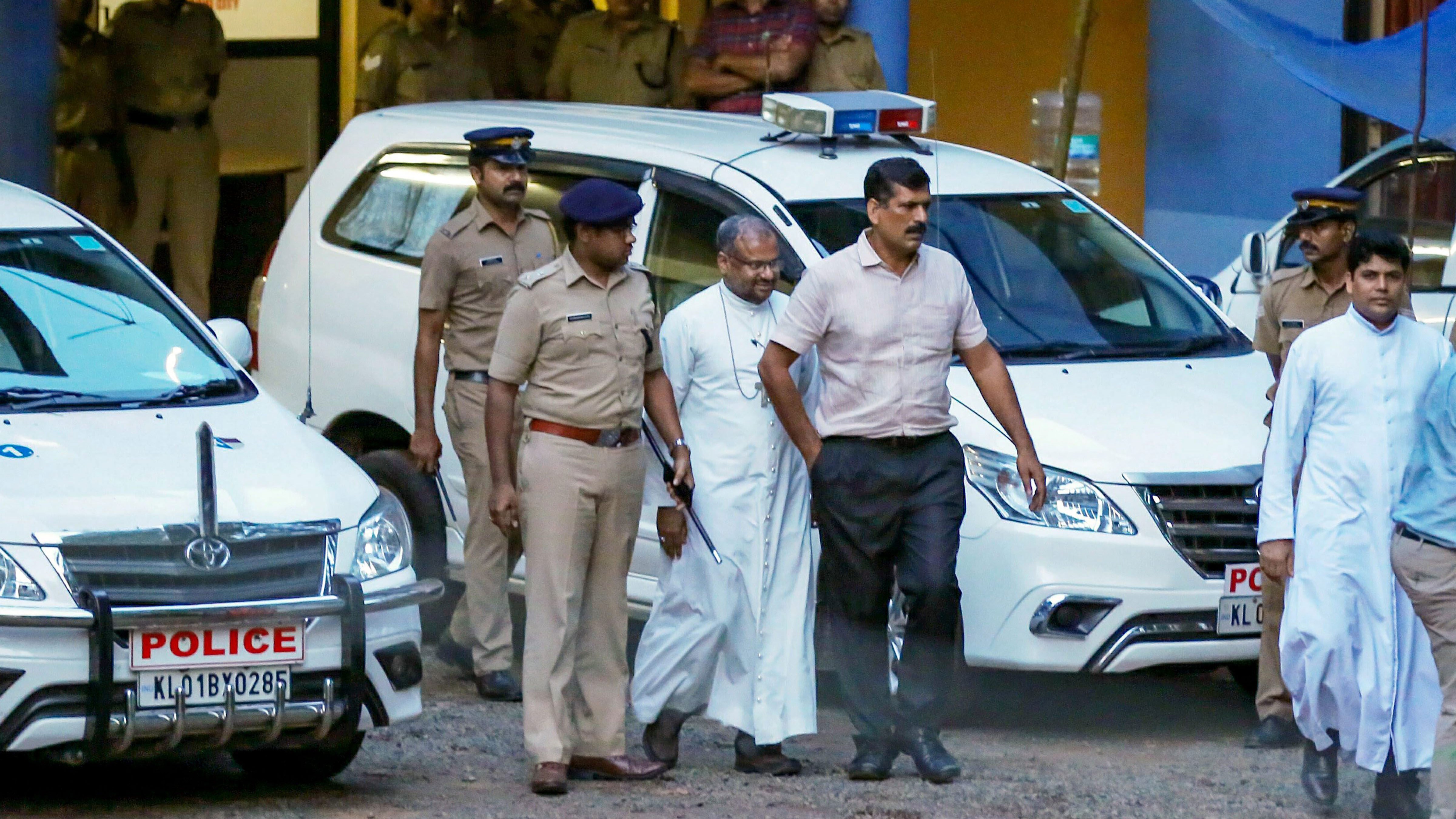 Bishop Franco Mulakkal, accused of raping a nun, leaves after questioning before the special investigation team of the Kerala police on Sept. 20
PTI
Debapriya Banerjee   |   Calcutta   |   Published 15.10.18, 07:02 AM

He was arrested by the Kerala police on September 21 after several rounds of questioning.

Sources said the 54-year-old bishop continued to claim innocence, as he had done when a Kerala police team questioned him for nine hours at Jalandhar, Punjab, on August 13.

Granting the bail, Justice Raja Vijayaraghavan directed the Bishop to surrender his passport and not to enter Kerala state except for appearing before the probe officer once in two weeks on Saturdays.

This condition would be applicable till a charge sheet is filed in the case.

Earlier on October 3, the High Court had dismissed the bail plea of the bishop while accepting the prosecution argument that the accused, holding a high position in society will try to influence witnesses in the case, if given bail.

Bishop, 54, currently lodged in a sub-jail in Pala in Kottayam district, moved the high court again after a magistrate court extended his judicial remand.

Police opposed the bail application of the clergyman, saying investigation was still on in the case.

The nun, attached to a convent at Kuravilangad in Kottayam, had filed the police complaint on June 27, accusing the bishop of raping her 13 times between May 5, 2014, and September 23, 2016.

In her complaint to the Kottayam Police in June, the nun had alleged that Bishop Mulakkal raped her at a guest house in Kuravilangad and later sexually exploited her on several occasions.

The arrest came 86 days after the victim lodged the FIR, with police concluding “with reasonable suspicion” that he had committed the crime.

The nun said she had to approach the police as church authorities did not act on her repeated complaints against the clergyman.

However, Mulakkal has denied the charges as “baseless and concocted,” insisting she levelled those as the Catholic order had rejected her demand for favours.

He had last month stepped aside as the bishop of the Jalandhar diocese.

Additional reports from agencies and PTI