Not easy to shift film city from Mumbai: Shiv Sena on UP CM's visit

Sanjay Raut asks BJP to focus on unemployment, falling GDP and economy instead 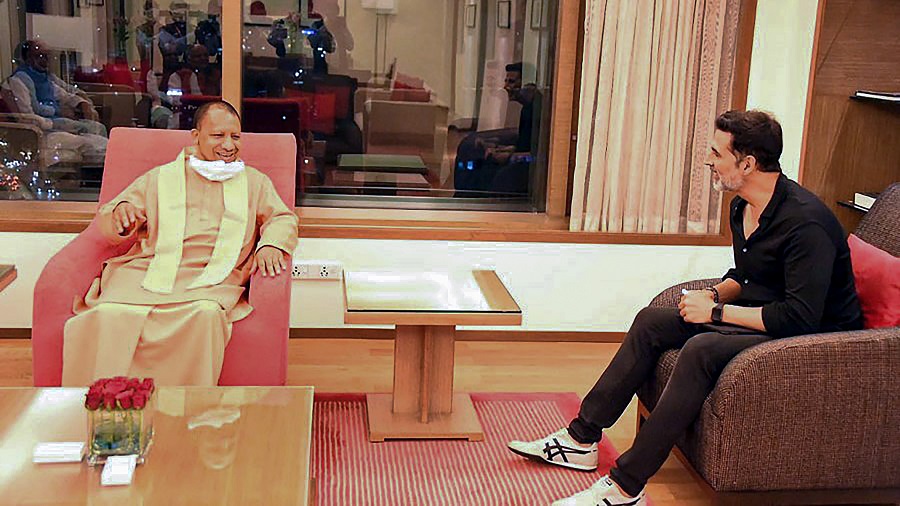 Shiv Sena MP Sanjay Raut on Wednesday said it is not easy to shift Mumbai's Film City elsewhere even though attempts have been made for it.

Raut was talking to reporters amid Uttar Pradesh Chief Minister Yogi Adityanath's ongoing two-day visit to Mumbai where he is meeting film personalities and industrialists.

Adityanath had earlier unveiled an ambitious plan to set up a film city and rolled out an open offer to film fraternity to come to Uttar Pradesh.

The UP government earlier approved a proposal for setting up a film city in Sector 21 along the Yamuna Expressway in Gautam Buddh Nagar.

"What is the status of Noida film city now? Can you create Mumbai's Film City in Lucknow and Patna?" Raut asked.

"Earlier, attempts were made. It is difficult to replicate Mumbai's film industry elsewhere. Mumbai has a glorious film history and past," the Shiv Sena's chief spokesperson said.

"Is Yogiji going to those states or only targeting Mumbai?" the Rajya Sabha member asked.

"Speak of unemployment, falling GDP and the economy, instead of Shiv Sena's Hindutva," he said, referring to BJP's claim that the Shiv Sena has given up its core ideology.

Raut also said the central government should take steps to resolve the farmers' protest against the new farm laws going on at the Delhi borders since last week.